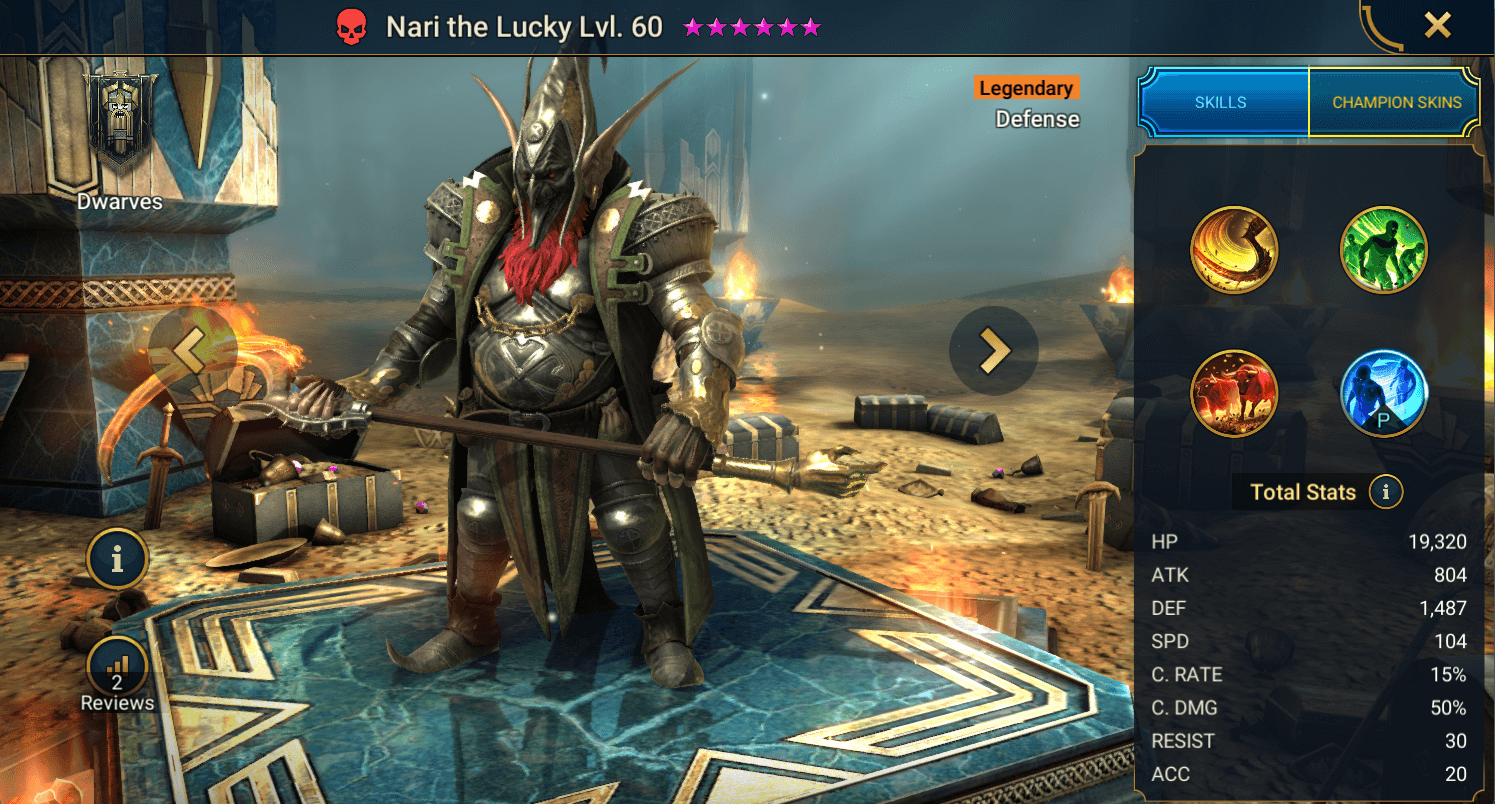 Much like Gollum used to look like a Hobbit, Nari once was a strong Dwarf. After spending a bit too much time with those pesky Dark Elves overseas, he arrives back in Teleria looking rather Goblin-ey! Players will be able to earn Nari as part of the March 2022 Fragment Fusion Event.

His signature ability will be his A2, Rainbow of Woe, which applies Decrease Accuracy and Decrease Resistance in one ability, the only champion in the game able to do so. This should bring down many stat breakpoints in your teams allowing you to build your allies tankier or with more damage. Remember however, Nari will need accuracy to place these debuffs in the first place so check your numbers! In addition he brings an AoE Provoke for 1 turn with a Counter-Attack clearly designed to increase the performance of his buff stealing ability on his A1. His unique passive will allow him to transfer 1 random buff from a random enemy to your team. This is RNG so you shouldn’t rely on this but it could be influential in you winning or losing fights in certain scenarios.

This isa strong carry for Doom Tower where Acc/Res numbers are high and may have some potential uses in other areas such as Hydra and Arena.

At the start of this champion’s turn, transfer 1 random buff from a random enemy to a random ally. This champion’s ACC is increased by 5 for each buff on each ally.

We are still working on recommending blessings for Nari The Lucky. Keep an eye for an updated guide once we have had an opportunity to playtest.
In the meantime, why not check our Blessings Tier List here.