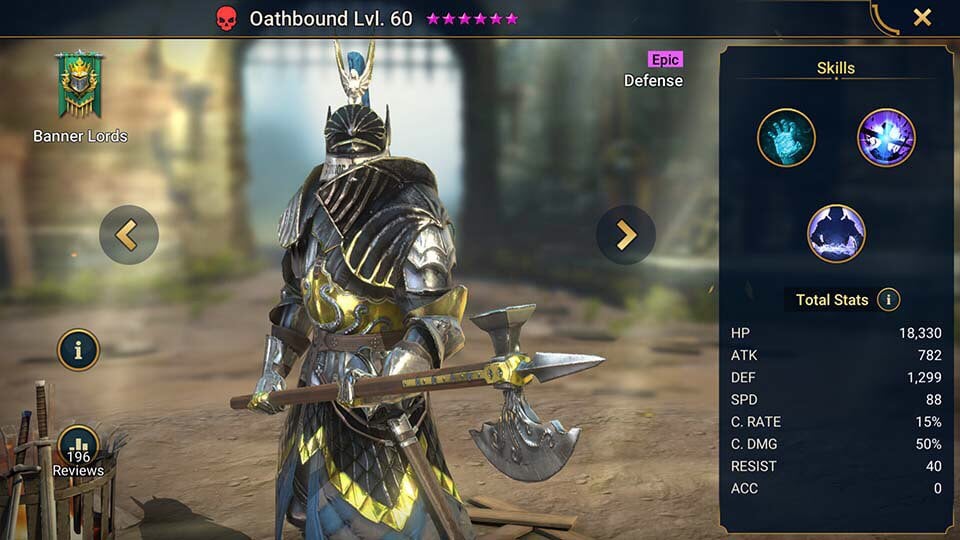 Oathbound polishes his silver armour every day to make it so shiny. Oathbound used to be a bad champion until Raid showed him some love and gave him a much-needed buff in September 2020, This made him into a bit of a beastly champion that has an AOE Decrease ATK and Decrease SPD on his a2. Not only this but he has a Block Cooldown Skills ability on his a3 unfortunately they made it a random attack which kind of ruins him but it’s okay against a single enemy.

Oathbound’s strongest area of the game is Faction Wars and is a staple champion in end game teams for Banner Lords team beating level 21. He doesn’t do badly in Ice Golem if you need a champion to place some CC debuffs.

We recommend you use these blessings for Oathbound.
Team Blessings should be limited to 1 per team. For more information, please read our Team Blessings guide here (coming soon).