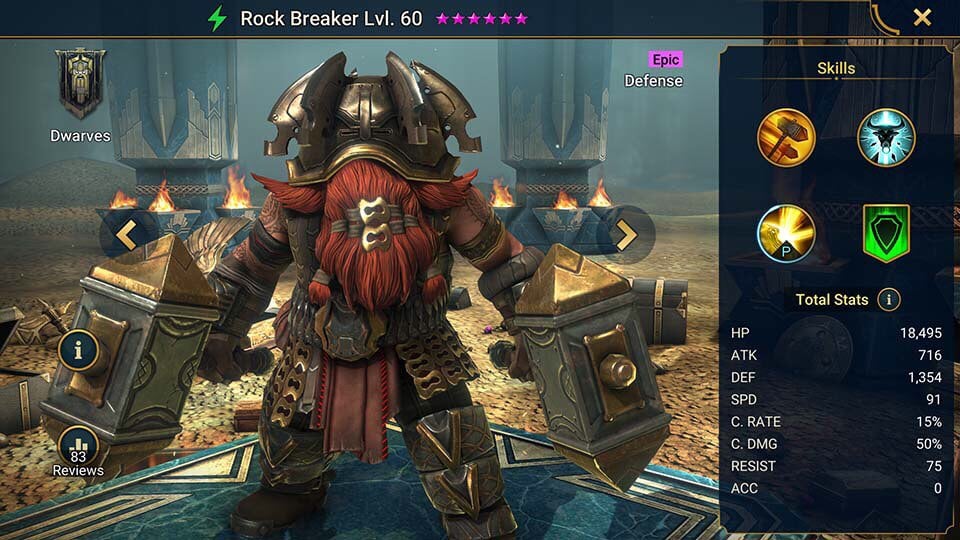 Rock Breaker is a Spirit affinity epic from the Dwarves faction. Rock Breaker has been one of my favourite epics for many months featuring in some of my early videos where I took on Platinum Arena with just Epics. Rock Breaker has a fantastic passive with a 50% chance to halve the damage taken from hits, this passive makes him the best tank for Faction Wars stage 21 boss.
Rock Breaker also has a AOE provoke and applies a counter-attack on himself allowing him to control all enemies and retaliate with damage.

Increases Ally DEF in the Arena by 30%