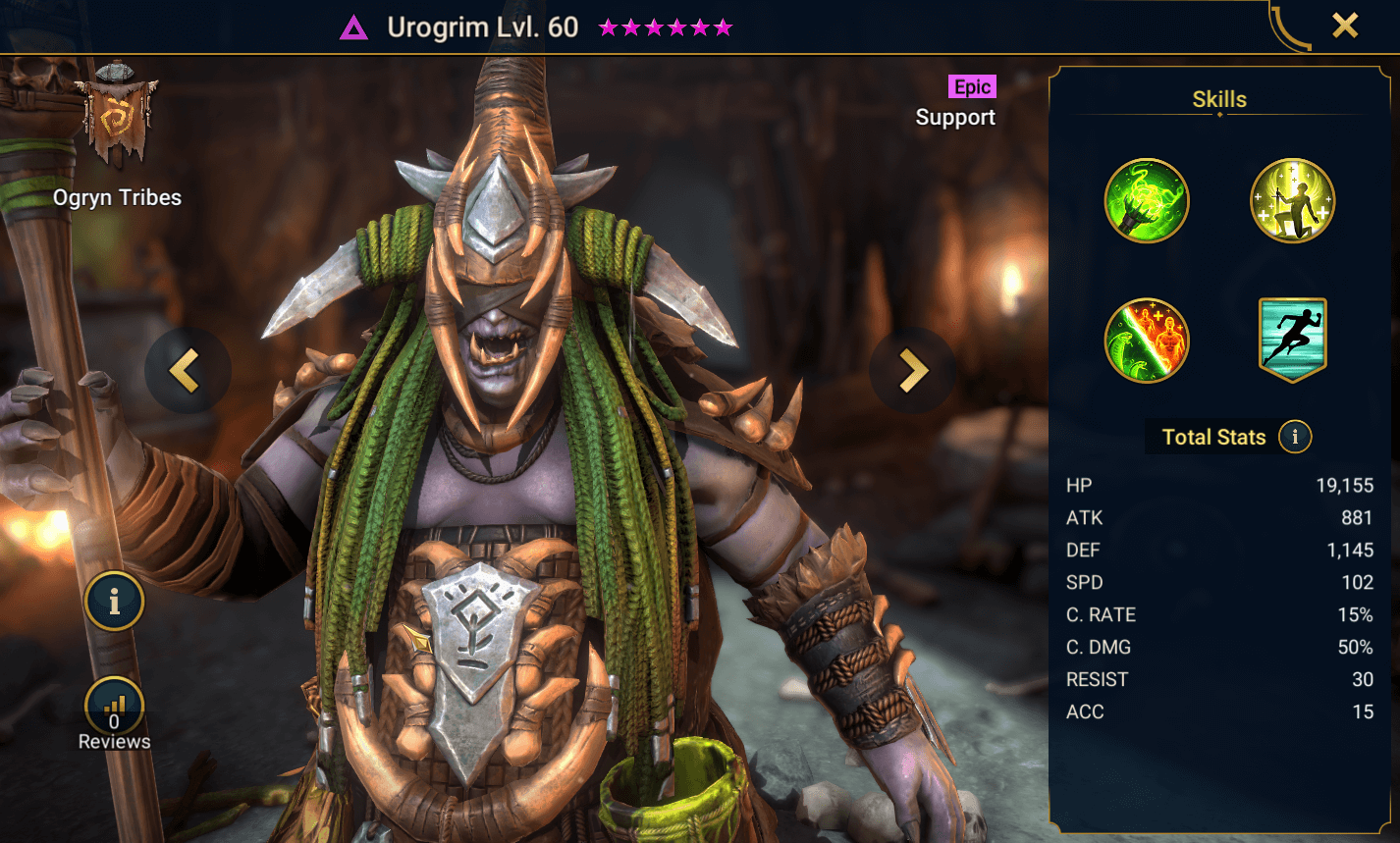 Urogrim joins the Ogryn Tribes Faction in Patch 4.50 as a Void Support Champion.

Urogrim brings a substantial amount of poisons along with some additional support in a strong single-target heal and AoE continuous heals. A 20% aura for speed in all battles is significant for many early to mid-game players. The main problem with Urogrim is that the cleanse on his A2 is just a single target which may be useful as a spider healer or a Clan Boss cleanse but ultimately will be difficult to find use in most areas.

When released, Urogrim was a beast able to solo almost all content – in Patch 4.70 he was brought back with adjustments to his A1 and A3 which slowed down his solo runs and decreased his damage output. He’s still a solid champion!

Increases Ally SPD in all Battles by 20%