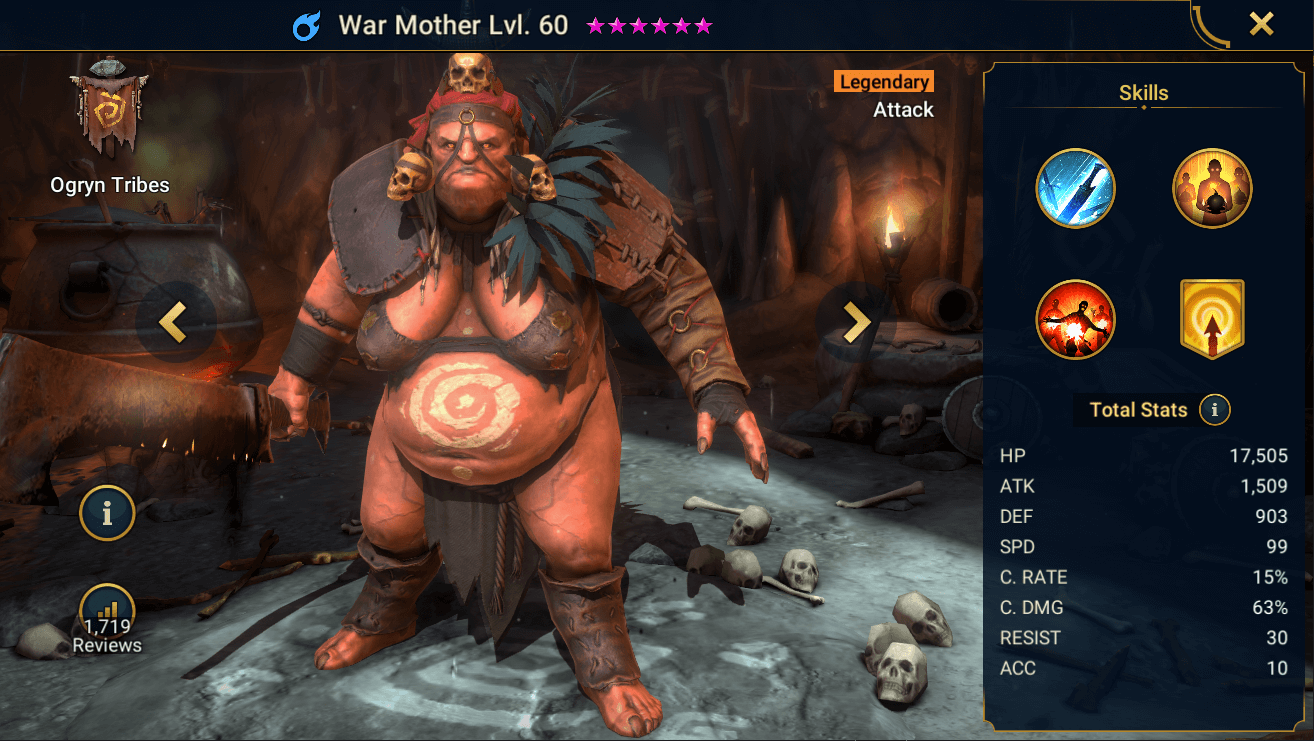 Lovingly adored by many a raider, Warmother is actually legitimately a strong damage dealing champion. If bombs had more Utility in the game, War Mother would be S tier for that role with bomb multipliers significantly higher than the average bomb champion.

Bombs aside, War Mother’s aoe damage capability is actually surprisingly strong making her one of the hardest hitting champions in the game. She also has a 100% chance to place Decrease ATK on her a1 without books, which is rare for any champion let alone a legendary.

In Patch 4.70, she received a number of quality of life changes. Her base stats moved her further towards damage in exchange for survivability, her bomb multipliers were further increased (although this doesn’t mean bombs are anymore useful) and adjusted the duration. All in all decent changes especially the Base ATK increase.

Attacks all enemies. Instantly detonates all Bomb debuffs if this Champion is under an [Increase ATK] buff.
Level 2: Damage +5%
Level 3: Damage +10%
Level 4: Cooldown -1