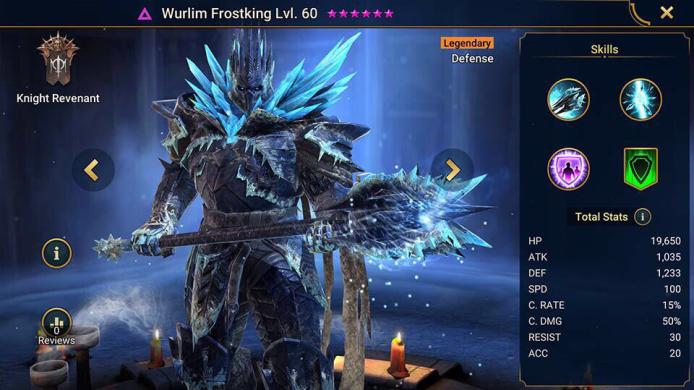 Wurlim is a Void legendary from the Knight Revenant faction. Wurlim is best known for being the final prize in the paid Battle pass which become the one and only Battle pass Raid has launched. Wurlim has the strongest buff in the game, Strengthen, however that is about all be does bring of significant worth and is very lack lustre for a Void legendary.
Since the buff in May 2021 Wurlim now has an A2 that does not need accuracy to land his abilities. This was an improvement but in my opinion he is still lacking.

Early game Wurlim can be extremely effective and hard to kill in the Arena and his strengthen buff can be useful in Clan Boss but I would not recommend investing lots of resources in Wurlim over a lot of better value epics!

Increases Ally DEF in the Doom Tower by 40%.