There have been many hints over the past few weeks that Deathknight may be getting an upgrade into a legendary champion and this interview was Hellhades’ chance to ask him some questions before that happens.

keep in mind that this was a bit of fun, although Hellhades did manage to squeeze some information out of him.

Be sure to watch the full video to the end to get a sneak peek at what we may be able to expect from the new upgraded version of Deathknight that should be coming to Raid Shadow Legends very soon.

This has officially been announced in-game now by Plarium, explaining exactly what to expect in the interview! Check it out! 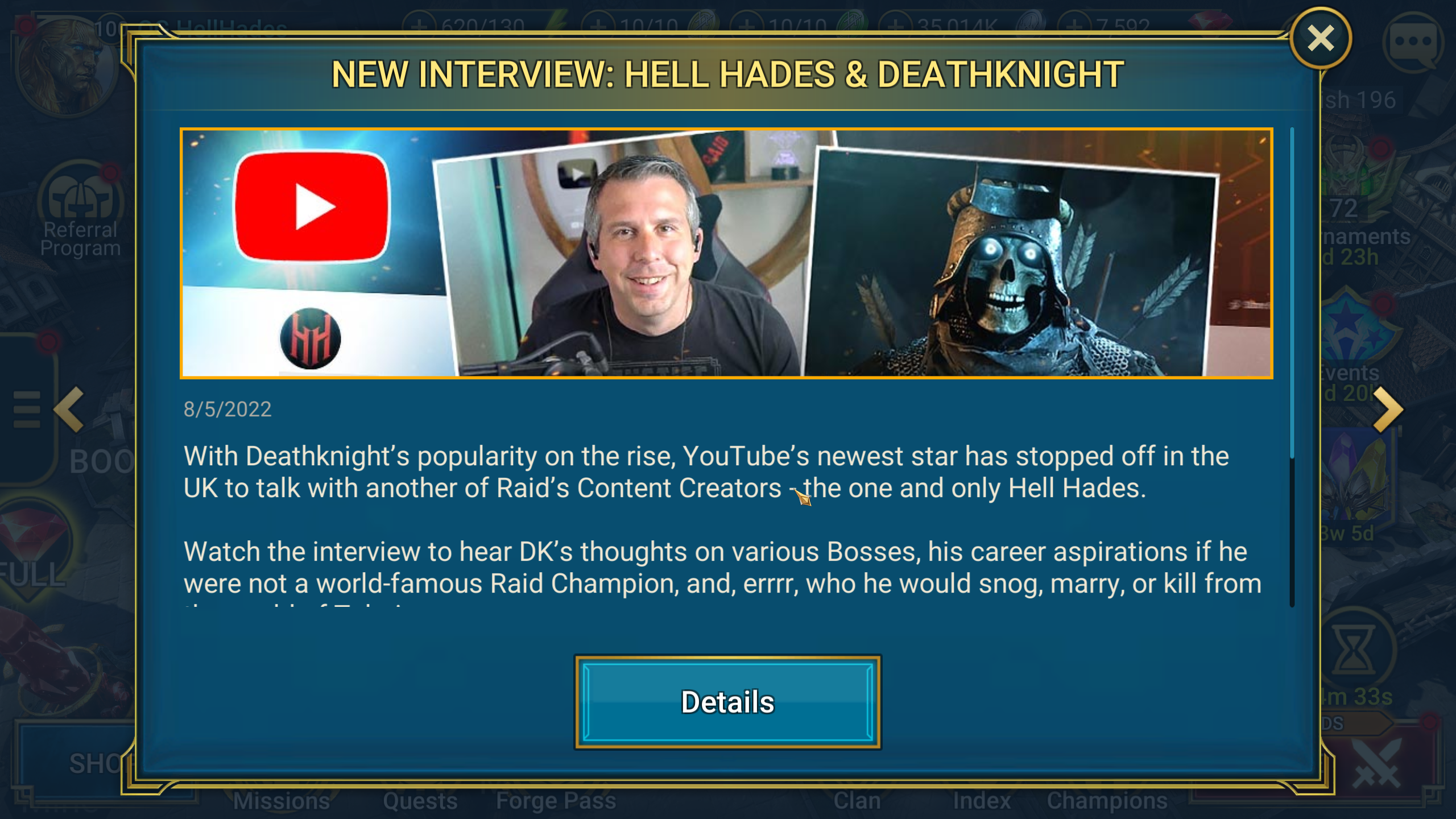