Everything you need to know about the Set 5 Teamfight Tactics patch update!

The Riotgames strategy game based on the incredibly popular MOBA Game League of legends is set to launch a new update in the coming weeks. Our team took a look at what to expect in the coming update.

The next Set of TFT which is speculated to drop on April 28th 2021 will bring back some old champions from previous sets such as Draven, Ashe, Udyr, Heimerdinger, Soraka, Darius and Garen.

As well as these champions we have been teased with Riven, Yasuo, Kayle and Volibear. There is a new theme that is being speculated to be a theme of good vs evil, the common examples are Garen vs Darius and Riven vs Yasuo.

With this replacing the fates theme that is currently active we will see a new meta and new play styles. 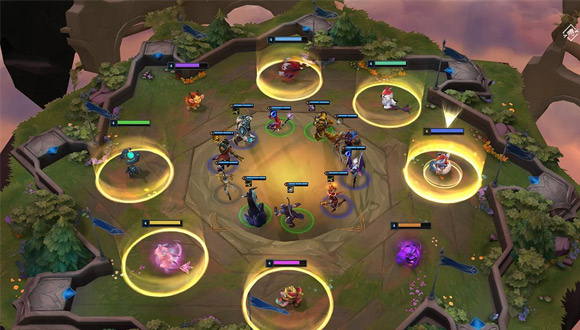 In the new teaser trailer that was released on the 12th of March 2021 we can see that there are a few new things to look out for; such as the eggs that appear at the bottom of the screen.

Riot Games are yet to release full details of the contents of the eggs yet but we think they are similar to Ornn items which could be game-changing and take you from 8th to 1st.

Another feature to look out for is Little Devil Teemo. As most of you that play League of Legends are aware  Teemo is known for being one of the most hated playable characters in the game from his taunts and dances to the unsuspected double shroom which kills you from 100% health. Teemo is being added into TFT set 5 but being the devil himself you will need to make a blood sacrifice. Teemo will cost you health points instead of gold but it’s said he’ll be as strong as the 5 cost legendary status characters. Therefore in order to get a 3-star Teemo it will set you back 45 HP so make sure you’re ready and healthy before you dip into the health pool!

The chosen mechanic is said to be dropped as well in the new set which will change a few of the builds and strategies that players have built up over the last patch.

And finally TFT Set 5 will bring us spectator mode. This has been widely requested amongst the community. I know I’ve logged on to see my teammate in a 20 minute game only to have to sit patiently and wait for them to finish without knowing what’s going on. The spectator mode will help players as friends can come and support and give advice or its a good laugh for your mates as they watch you struggle out of 8th ;) 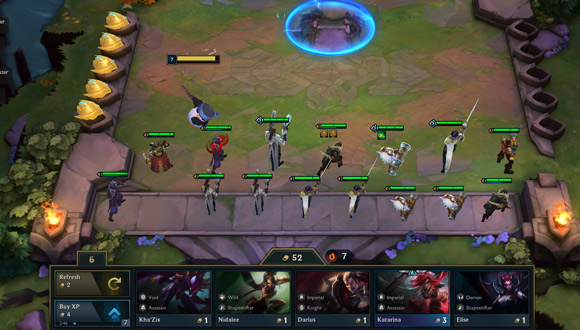 This new feature will be like the rotation games that League of Legends have such as URF, One for all and more. But in TFT the first one we have released is called “Hyper-roll” In this game mode everyone starts at 10 HP and each loses costs 1,2 or 3 lives depending on what stage of the game you’re on. In this game mode there will be no levelling with gold and it can only be spent on rerolls and champions. There will be no gold interest so saving gold will do you no good so make sure you spend spend spend in order to win. This game type shouldn’t be as long as the standard TFT games which vary between 30-50 minutes. The Hyper-roll game mode should be a 10-20 minute experience which is great if you don’t have time for a full TFT game.