The team at Raid Shadow Legends has just dropped a load of information on the upcoming Patch 4.10 that is expected in early April 2021. Here is what they had to say:

The Doom Tower is one of Raid’s largest and most varied game modes, but what you’ve seen so far is only the beginning of what we have planned. As it stands, we want to add two new rotations to the Doom Tower, each with new challenges. What you will see in 4.10 is the first of these – it will feature two new Bosses, two new Artifact Sets to craft in the Forge, rebalanced Floors, and some new Secret Room requirements. Some of the old Bosses will return as well, albeit with a different Affinity, so be ready to adjust your tactics!

Of course, the old Doom Tower you’ve come to know is not going to disappear either. We’ll just go between rotations to ensure the challenges are fresh and not monotonous. And speaking of challenges, you can see the two new Bosses below: 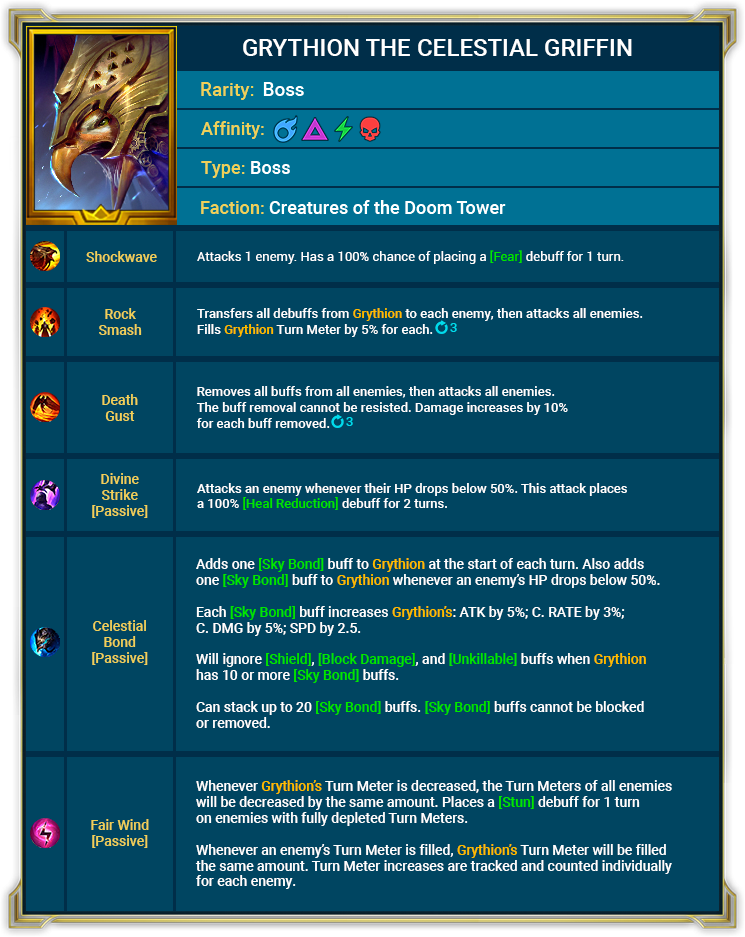 Fighting Grythion will require micromanagement, timing both buffs and debuffs very carefully, and keeping an eye on the Sky Bond stacks he gains over the course of the battle. Whether you trust speed or toughness to see the Team through is up to you!

As for rewards, beating Grythion will yield Griffin Feathers that can be used to craft the shiny Guardian Set in the Forge: 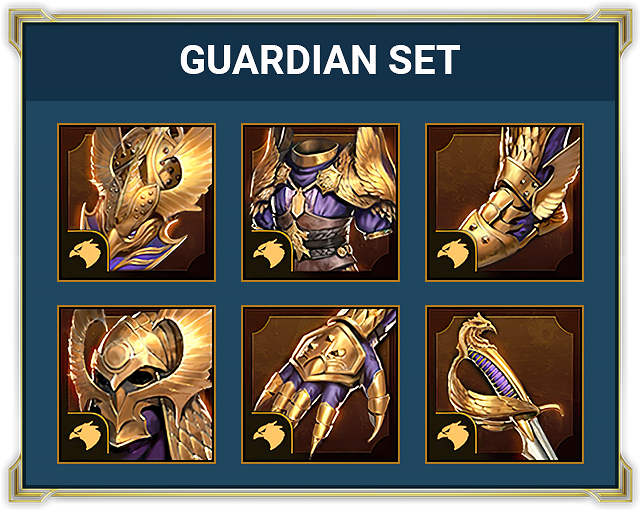 4 Set: Wearer absorbs 10% of all damage dealt to ally Champions. Heals by 10% of the wearer’s MAX HP every turn.

It’s important to remember that Guardian Artifacts will not affect damage inflicted by [Poison] or [HP Burn] effects or any ally Skills that cause damage to the caster. 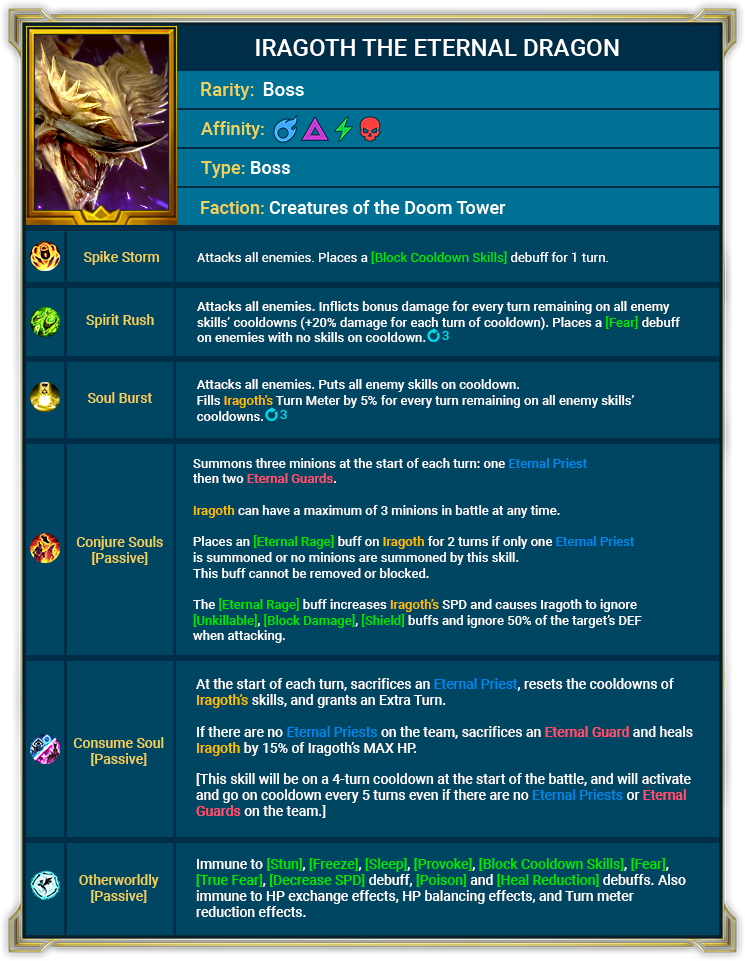 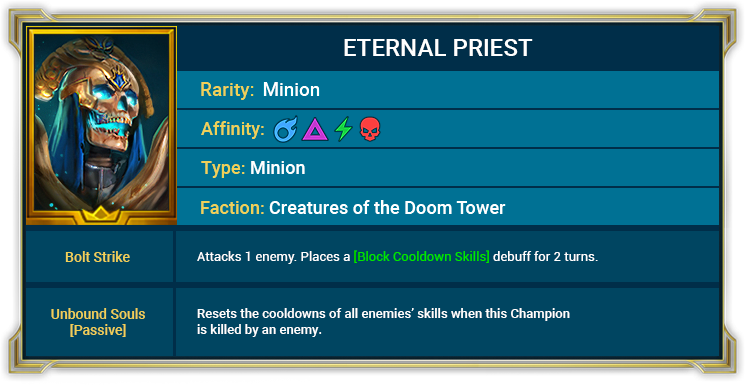 As you can see from this Spotlight table, Iragoth thrives on messing with your Team’s Active Skills and taking advantage of that. To make matters worse, he has 3 Ads to consider at all times; fail to kill them before Iragoth uses his [Conjure Souls] or [Consume Soul] Skills, and you’ll be in deep trouble.

On the bright side, Iragoth is not immune to Cooldown increase Skills, so you can use that to your advantage. And if you manage to kill the Eternal Priest at the right moment, you’ll get your entire Team’s Skills taken off Cooldowns.

And should you defeat Iragoth, the Dragon Bones you collect can be used to craft the Bloodthirst Set: 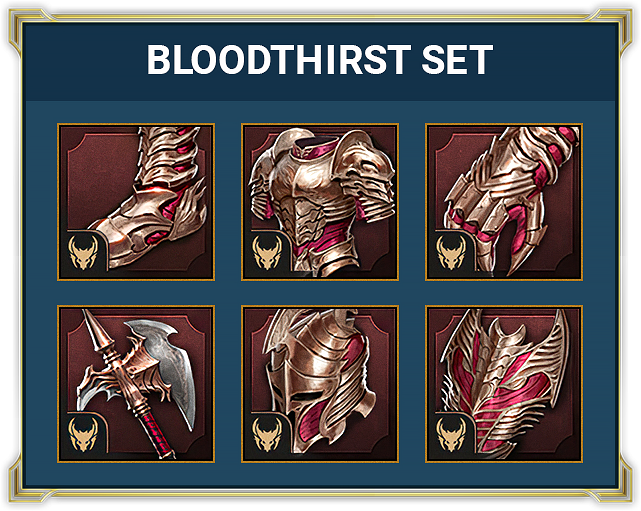 Much like the Lifesteal set, Bloodthirst does not affect damage inflicted by the Champion’s [Poison] or [HP Burn] effects. It will, however, stack with other Lifesteal-like Skills.

The information on this post was originally posted on the Plarium forums located here.

What do you think of this patch? let us know in the comments below.