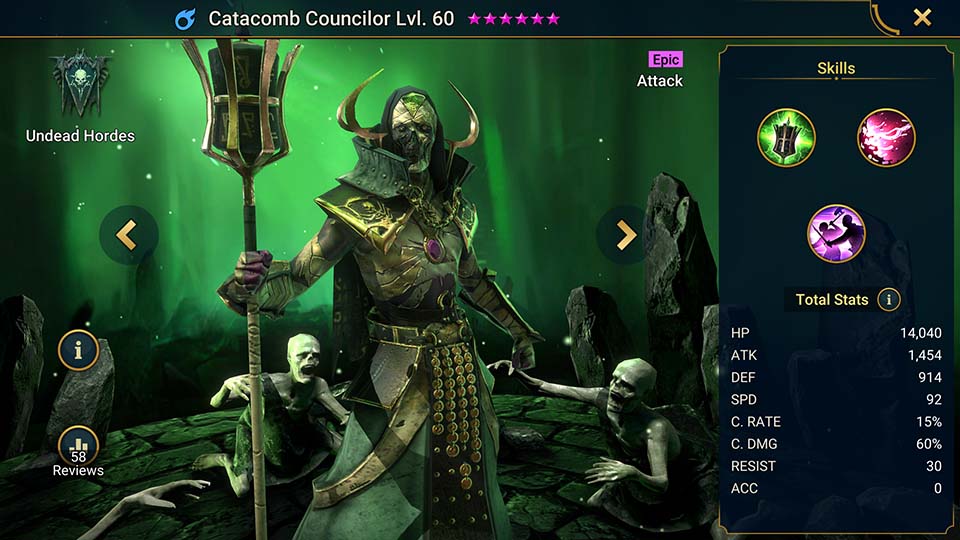 Catacomb Councilor is a Magic affinity Epic from the Undead Hordes faction. Catacomb is one of the few champions with an Ally Attack skill, bringing 3 allies to team up with him to fight one target. Each ally attacking with use their default A1 ability, therefore in Arena this works best if those allies have AOE hard hitting abilities. In other content this can be used to re-apply essential debuffs, especially strong in Clan Boss if you do not have a counter-attack champion.

Catacomb is best placed in Arena, build fast and with high defence.

Teams upwith 3 random allies to attack a single enemy. The allies joining the attack will use their default skills.
Level 2: Cooldown -1