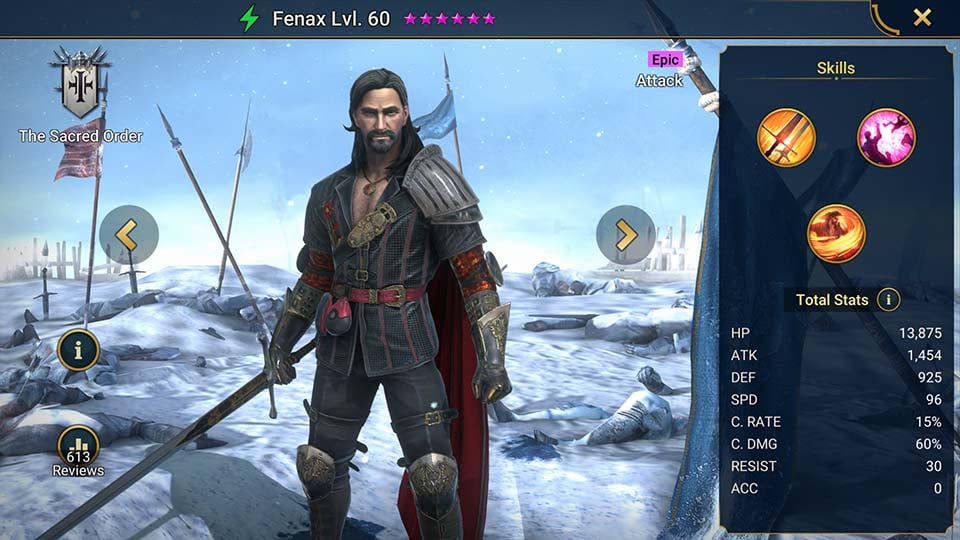 Fenax is a Spirit affinity epic champion from the Sacred Order faction. Fenax is known as a hard-hitting champion with a block revive on his A1. This ability allows for faster runs on Ice Golem with the ability to kill the two adds and ensure they stay dead! It also works really well in the arena against revive based defences. Fenax has a strong AOE ability on his A2 too which becomes empowered when he is paired with Tallia albeit the duo ability is fairly pointless!

Placing Fenax in a team with a Counter-attack or Ally Attack is beneficial to allow him to use his A1 more frequently. Also worth noting Block Revive does not require any accuracy to activate!