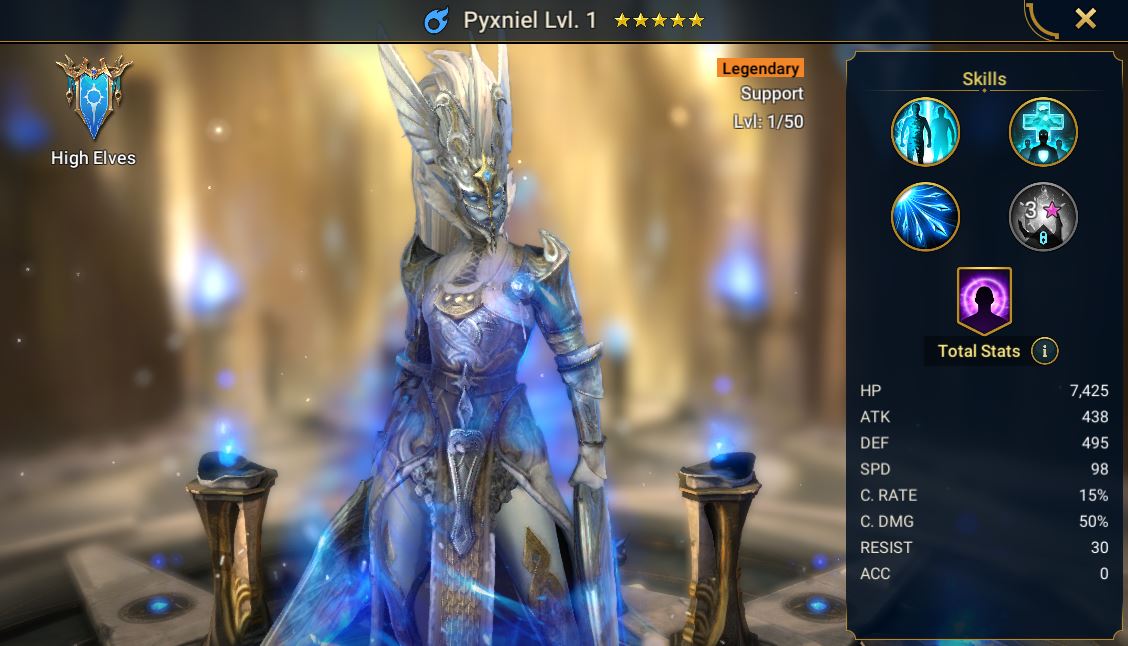 Pyxniel has one of the coolest-looking skins in the game and it’s just a shame how they butchered her champion on release because it’s such a waste to leave her to rot in the vault when she looks that good, however there is always light at the end of the tunnel, she did receive a buff and it did spark players interest in her again. But it wasn’t enough to make her as good as she was set out to be.

She was introduced during a festive fusion event in December 2020 right after the Doom Tower was introduced, she was aimed to be a direct counter to Freeze champions and bosses, in particular, Tormin the Cold. She has a unique passive where she can take a freeze and applying it to herself. Paired with a 2 turn Increase Defense Buff and Continuous Heals, her kit had promise. Unfortunately, on release her passive was just far too conditional to see success.

In Patch 4.70, Pyxniel received buffs to her A1 and Passive making her significantly more reliable. She still needs books to get going but overall she is a decent legendary to bring to Sorath in Doom Tower, Ice Golem or against Freeze in Arena.

Has a 35% chance of filling this champion’s Turn Meter by 25% every time they receive a [Freeze] debuff.

Removes any [Freeze] debuffs from this Champion at the start of every turn.

We recommend you use these blessings for Pyxniel.
Team Blessings should be limited to 1 per team. For more information, please read our Team Blessings guide here (coming soon).