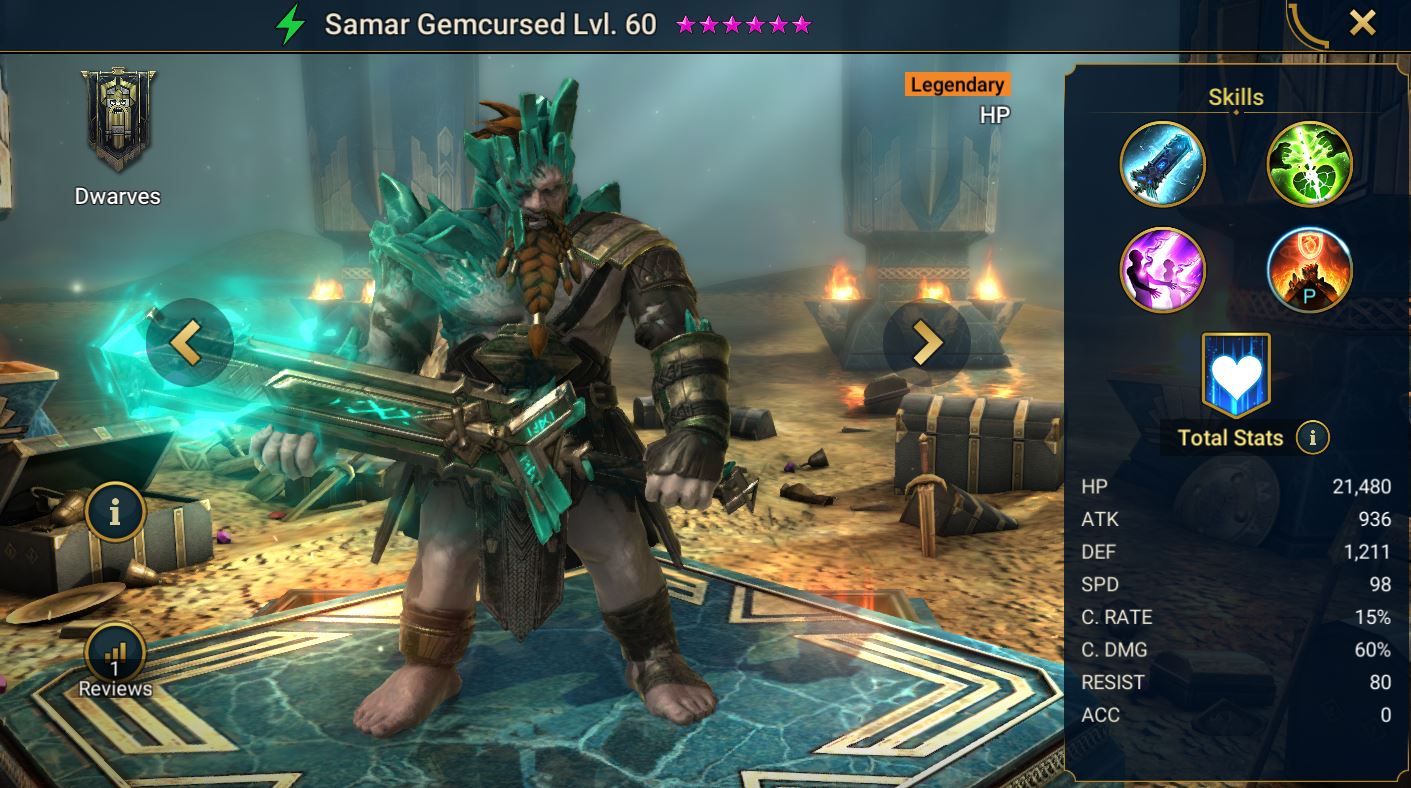 Samar Gemcursed is a Spirit affinity legendary from the Dwarves faction. Samar was introduced to Raid during patch 3.30 in February 2021. Dwarves were seriously lacking a variety of strong champions and Samar certainly adds variety! He has a really unique kit that is best used against waves of enemies rather than boss fights. Unfortunately, he really lacks damage otherwise he could be a force! Samar has the ability to block damage on a death blow making him a very interesting champion for a stall arena defense.

As of September 2021 – Samar has a strong role in being one of the few champions is capable of Solo’ing Bommel the Dreadhorn in Doom Tower. Otherwise he generally is restricted to just Arena Defense.

In Patch 5.30, Samar received a boost to his damage. Unfortunately, these will not significantly change how you use Samar although it may speed up your Bommal solo runs by some seconds!

Passive Effect
Places a [Block Damage] Buff on this champion for 1 turn at the start of each round.

Increases Ally HP in all Battles by 30%