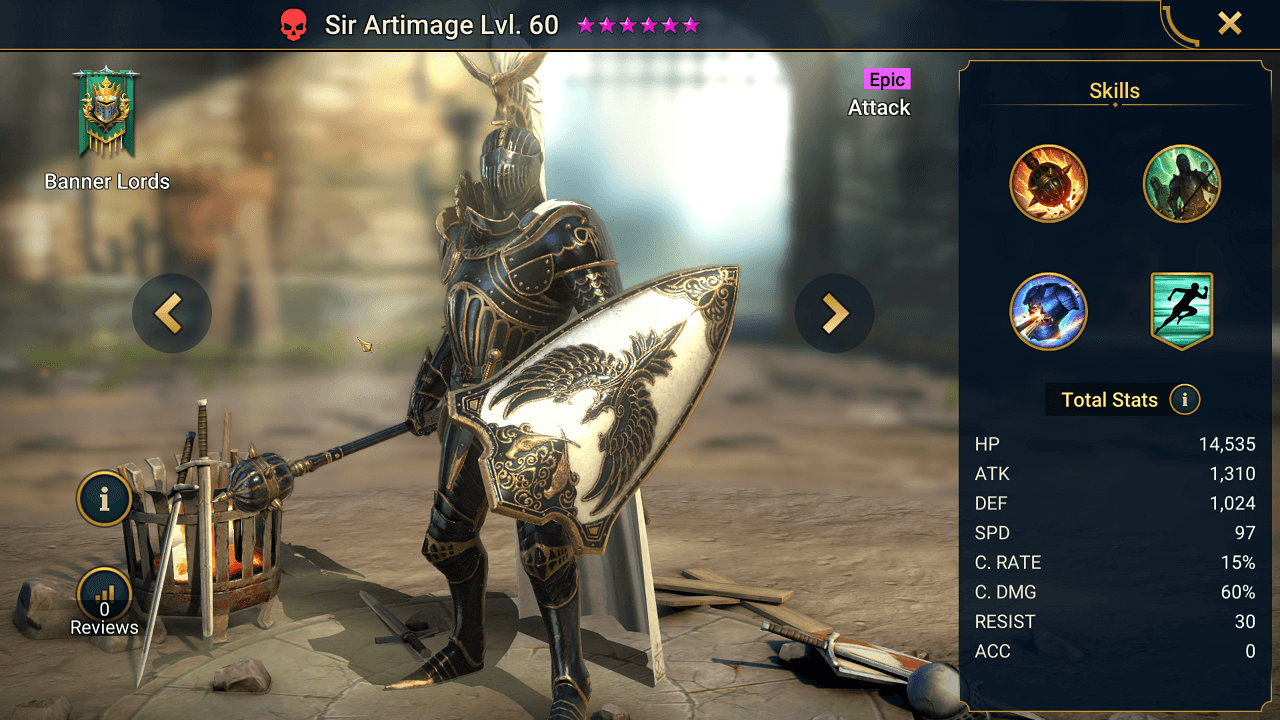 What lies behind the mask of Sir Artimage is a mystery only known to Cillian the Lucky! Luckily, the Banner lords don’t discriminate against heavily armoured individuals! Despite his apparently penchant for armour, Sir Artimage is very much a damage dealer with a few tricks up his chestplate!

His A1 has 2 of the best debuffs to deal with Bosses, Decrease Defence and Decrease Speed and on a good chance to land. In addition, all of his abilities hit hard with strong multipliers throughout with his A2 being an AoE. He will remove any debuffs before he AoE’s which might find use in Arena. Finally his A3 will ignore defence allowing you to hit greater damage numbers against tankier opponents.

A very solid epic nuker however he struggles to compete at the top levels of Arena. If you need a champ to bring those debuffs and still output some damage whilst being fairly self-sufficient, Sir Artimage might make a great addition to your roster.