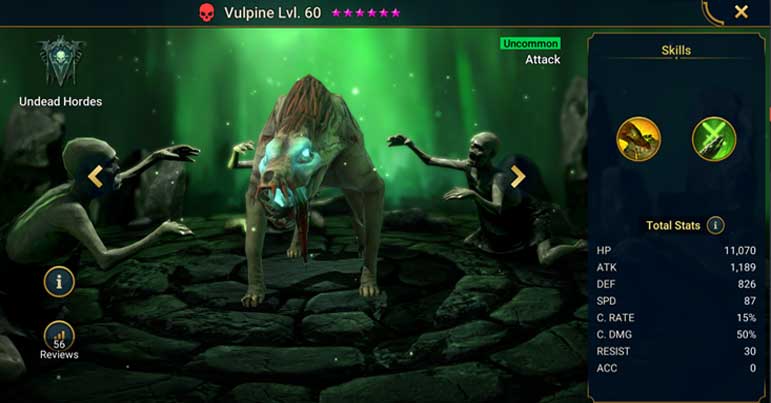 Loose the hounds!!! Vulpine the loyal hound of his master Bad-El-Kazaar happy to join the battle but do not expect him to do a lot, he’s far happier in front of the coffin chilling out.

Vulpine is an Uncommon for the Undead Hordes faction. He is attack based and has a team increase attack but do not expect to use him, trash champion!

Places a 25% Increase ATK buff on all allies for 2 turns.