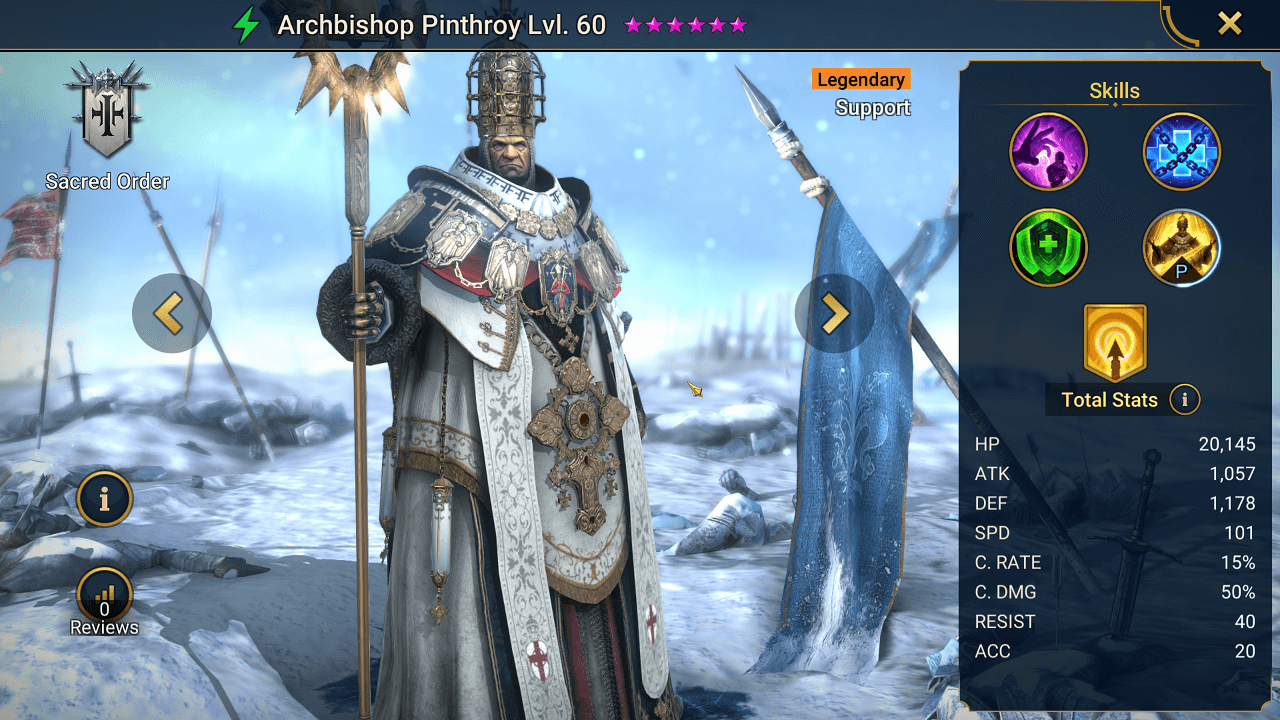 The Archbishop wearing his Dads oversized robe brings some powerful debuffs and strong support abilities to the Sacred Order Faction as part of Patch 5.20.

His A2 places an Increase Accuracy buff on your team whilst applying Block Buffs and Heal Reduction to the enemy team. This will prove very useful in Arena, against waves of enemies in Faction Wars /Doom Tower and perhaps his best place would be in Hydra Clan Boss where there are few block buff champions and is very important debuff. In addition, his debuffs will be irresistible when placed on champions in the Demonspawn, Undead Hordes, and Knight Revenant factions, which contain many of the meta Champions such as Prince Kymar, Duchess Lilitu and Candraphon.

Alongside his offensive capabilities, the Archbishop also can give your team an Increase Defence buff with a good Heal and a Shield. He’ll also remove any Decrease Defense and Weaken debuffs from him at the start of every turn making him quite difficult take down.

Whether you are progressing through the game or pushing the later stages of Hydra, Pinthroy looks to be a great legendary to use in your teams.

Removes all [Decrease DEF] debuffs and [Weaken] debuffs from this Champion at the start of each turn.

Increases Ally ACC in all Battles by 50.