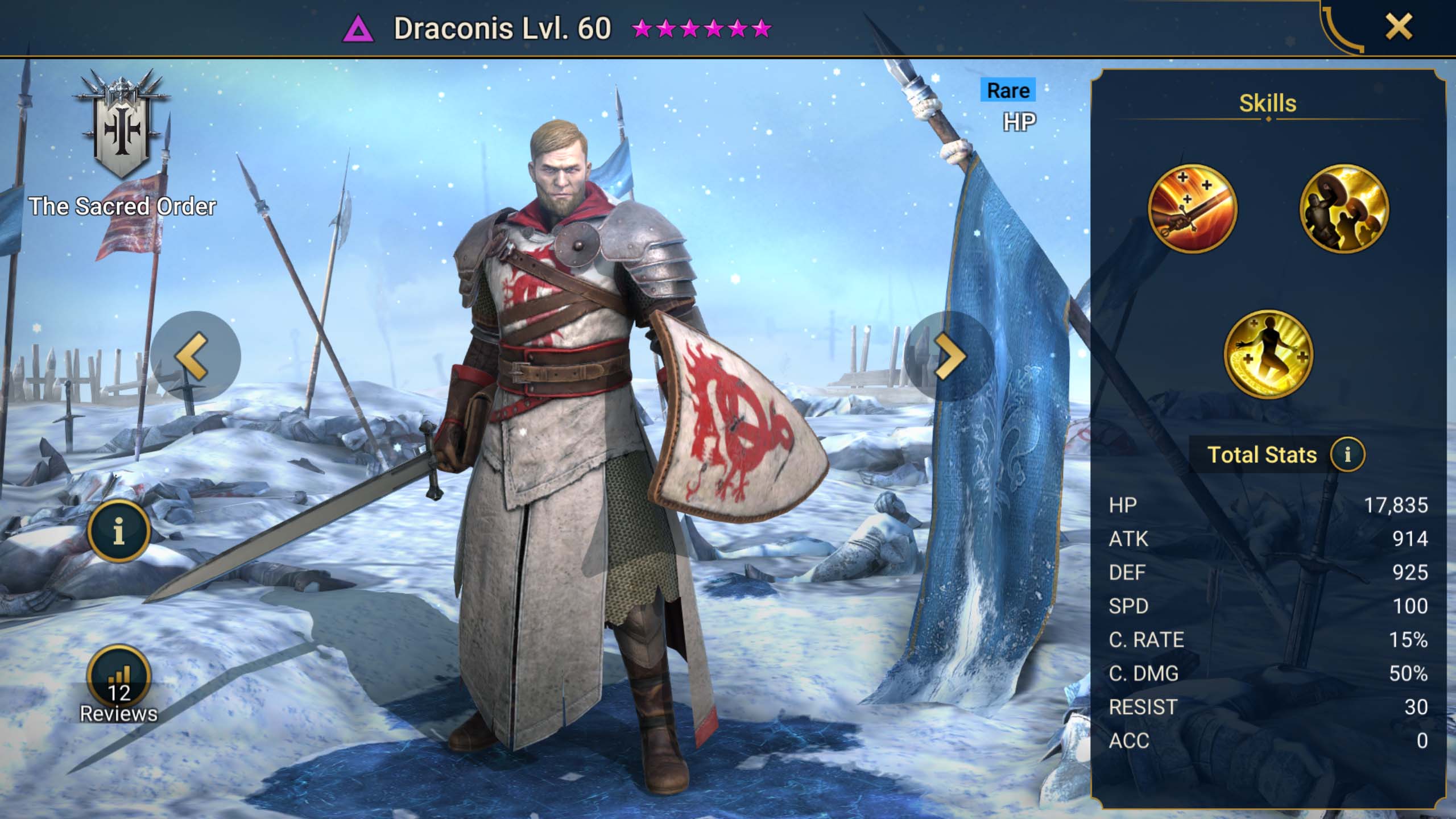 Draconis is a Void affinity rare from the Sacred Order faction. Draconis was added to Raid as part of the Vergumkaar fusion as one of the rares used to fuse this legendary.

Draconis was one of the best rares introduced into Raid in 2020 and he became even stronger when Doom Tower was released due to his great shield ability. Draconis is an out and out support champion that doesn’t need any accuracy. His damage is based on HP, therefore high HP, speed and crit rate are all worthwhile stats on him.

Draconis is strong in any PVE content but strongest against Borgoth the Scarab King.

We recommend you use these blessings for Draconis.
Team Blessings should be limited to 1 per team. For more information, please read our Team Blessings guide here.