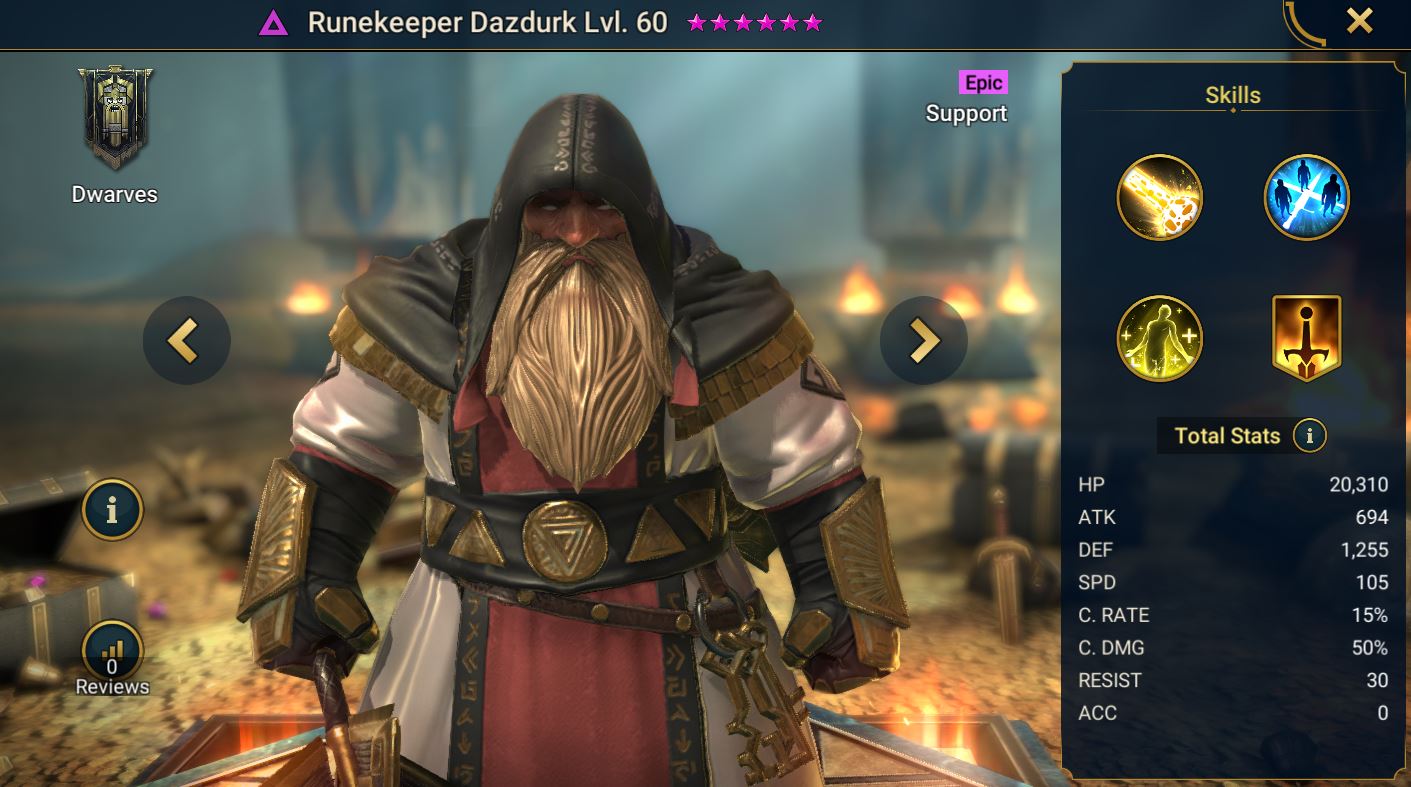 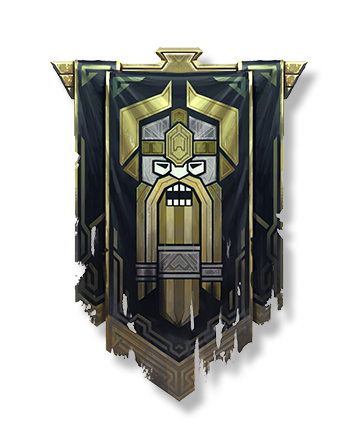 Runekeeper Dazdurk is a Void affinity epic from the Dwarves faction. Dazdurk was added to Raid in February 2021 as part of patch 3.30 for Valentine’s day alongside the Astralon fusion.
Runekeeper has an increase Atk buff and turn meter fill on his A2 that sets him as a strong champion for the arena and a speed tuned Clan Boss team. He also has a leech on his A1 and cleanse on his A3 that could be useful in Doom Tower against Agreth, in Clan Boss, and as a general support champion in any content.

Increases ally ATK in all battles by 25%