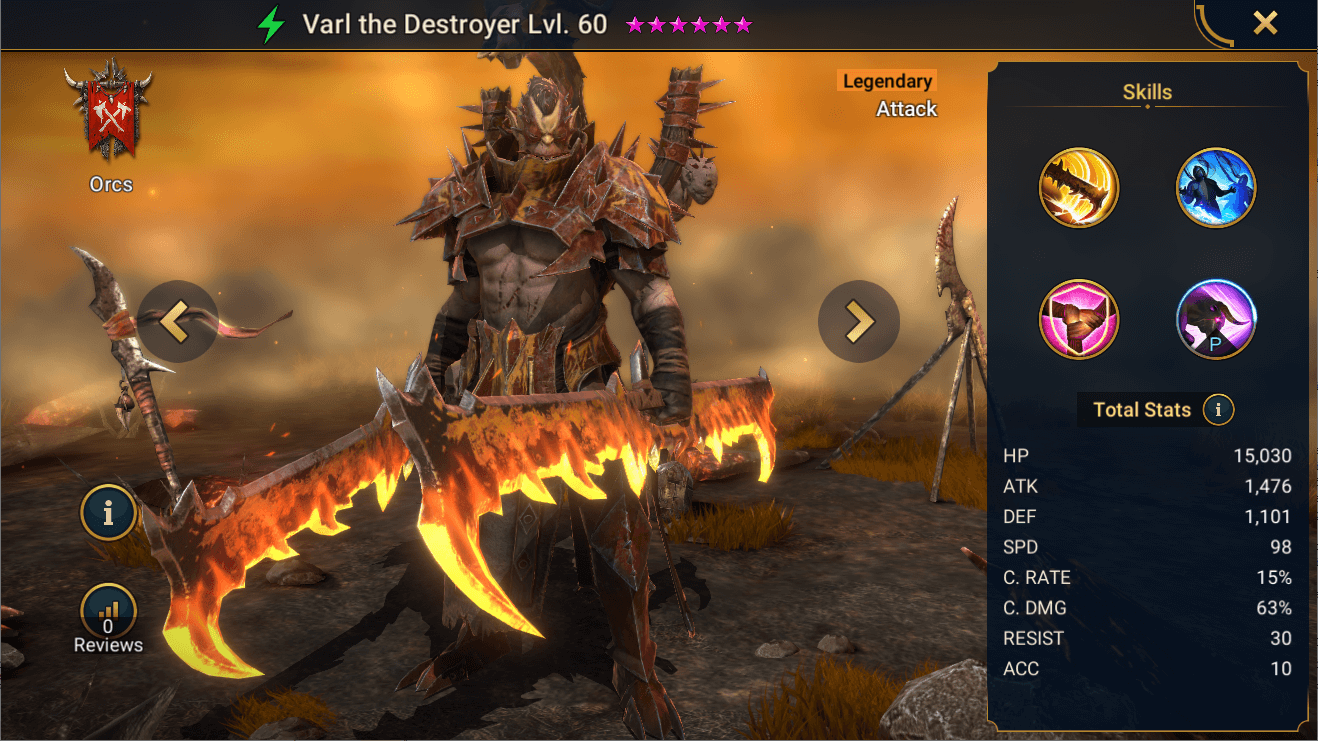 Varl the Destroyer joins the Orcs faction as a hard hitting Champion that can only be earned from completing the Secret Rooms in Doom Tower Hard.

On paper, Varl looks to be a hard hitting champion with high multipliers in his A2 AoE attack. His most interesting aspect of his kit is his Passive, Mass Murder. We’ve seen Ninja recently release with a similar passive although Varl operates slightly different. Each time he uses any of his non-a1 abilities, he’ll gain 10% of his total Attack up to a 100%. This is incredibly powerful in long drawn out fights but will be hard to achieve in Arena or Waves where generally you clear the mobs in 1-3 turns.

It seems Varl will likely live or die by his damage.

Increases this Champion’s ATK by 10% each time they use an Active Skill (Non-A1). This stacks up to 100% and will reset each round.

We are still working on recommending blessings for Varl the Destroyer. Keep an eye for an updated guide once we have had an opportunity to playtest.
In the meantime, why not check our Blessings Tier List here.