The much-anticipated MMORPG — New World, is continuing to aim for a completely PvP combat-based gameplay, mainly due to the disappointment from its PvE side. Amazon Game Studios is the team responsible for developing the massively multiplayer game, which is simultaneously also working with the developers of Warframe on making a Lord of the Rings MMORPG.

Although the prime focus of the New World is its PvP, the player versus player mechanics has significantly changed throughout the game’s development. Back in January 2020, Amazon Game Studios stated that their current PvP system had several drawbacks, one including the ability of players to attack others anywhere and anytime. And not only did this result in toxicity, but it also resulted in a lot of negative feedback for the game. In order to combat this very concern, the development team instead made it possible for PvP to be an opt-in choice for players, significantly diminishing the consequences of getting targeted by other players. While most players welcomed this change, some were left angry, considering they wanted the cutthroat playstyle. 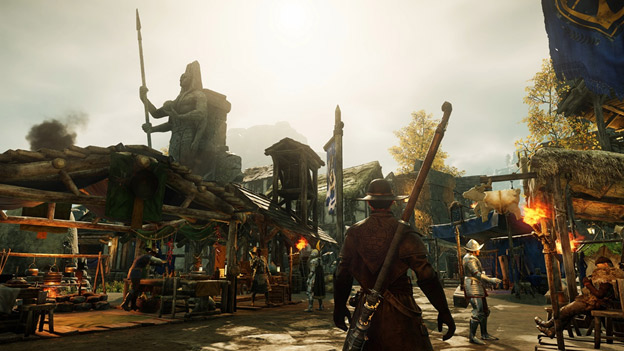 Despite the major changes New World has undergone, the focal point for the game still remains to be PvP. Following a recent hands-on session, journalists and gamers indicate that the game’s 50v50 War system is what the entire game revolves around. As we all know by now, New World features a dynamic open-world that allows players to run their own Companies and conquer all the territories in the game world. Moreover, this allows players to build keeps and also impose taxes on the residents/players residing in that territory.

Needless to say, companies can also be attacked by a random group of players and gain control of the bases. Wars, on the other hand, can only occur after the Companies officially sign up for a more organized and fair battle, featuring a limited number of players on each side. 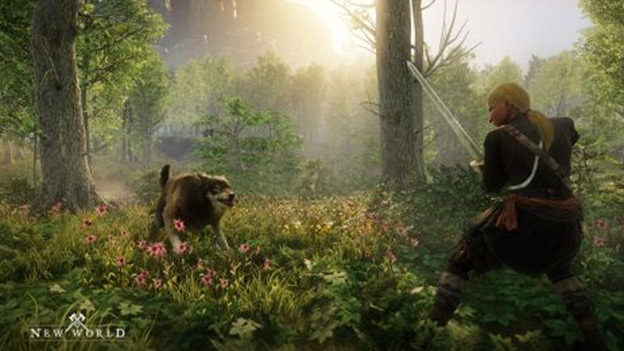 The combat system and mechanics have been praised by the entire gaming community. Amazon Game Studios also stated how they derived the inspiration for the combat from the Souls-Borne games. Because of this, the combat in New World is more nuanced when compared to the average MMO experience, where the focus is on memorizing chains of skills and spamming the attacks from the Hotbar.

Interestingly, quite similar to the Dark Souls series, the development team has decided to go with a more subtle manner of presenting the narrative. Rather than filling the game with endless dialogue, the players will experience the story by exploring the world and interacting with hidden lore in unique items and locations. This approach is quite opposite of what Final Fantasy XIV offers since that game heavily emphasizes the story-telling aspect.

Amazon Game Studios is undoubtedly aiming to create a very unique experience for MMO fans rather than ripping-off the other titles. The game is still under development and might remain in that phase for some time, but as mentioned before, New World will certainly offer something unseen before, allowing players from across the globe to indulge in large scale battles instead of spending their time farming the same dungeon all day long.