Amazon’s New World MMO – What we know so far

The tech giant, Amazon, has now decided to mark its presence in the gaming industry by creating a state-of-the-art MMORPG named ‘New World’. This upcoming MMO definitely has an amazing concept, as well as adequate funding for it. I mean, what could possibly be more thrilling than a 50v50 PvP war, right? But, if you haven’t heard of the game or lack any knowledge of it, here are a few things we know so far regarding New World.

Any news on New World Beta for players?

The New World MMORPG will be having its closed beta test soon in Spring 2021. You can simply signup for the beta here, or by visiting the official website for the game.

Needless to say, Amazon has stated that streamers will be thrilled after hearing that the closed beta is not under the Non-Disclosure Agreement. Therefore, all streamers are free to stream the game without any worries. 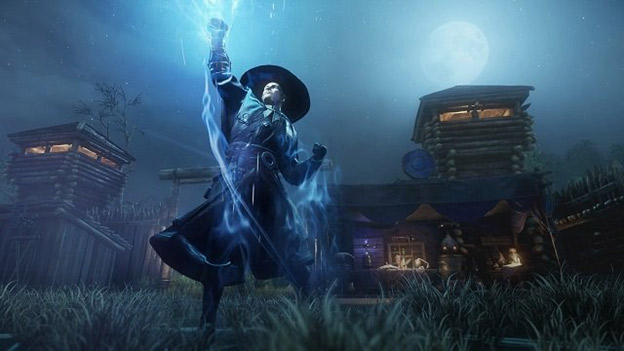 What exactly is the New World’s story about?

The New World supposedly brings the players to the land of Aeternum — a mystic frontier which is backed by Azoth, the substance responsible for granting eternal life. But, as most plotlines go, the Azoth will either strengthen an individual or corrupt them.

As expected of an MMORPG, the game is filled with distinct monsters and magic. The world has several ruins from civilizations that lived before, hordes of the undead, creatures imbued with Azoth’s magic, and of course, the individuals corrupted by the Azoth.
Does New World require a subscription?

The players will not require any subscriptions to play the game. However, there is a one-time payment of $39.99 for the base game, followed by expansions and other content the developers may release over time.

Moreover, the game does have some micro-transactional features, but right now we lack the information to determine whether this will make the game pay-to-win or not. Amazon’s response so far has been that the players will have the access to purchase some optional items, which could just be the usual outfits and cosmetic items. 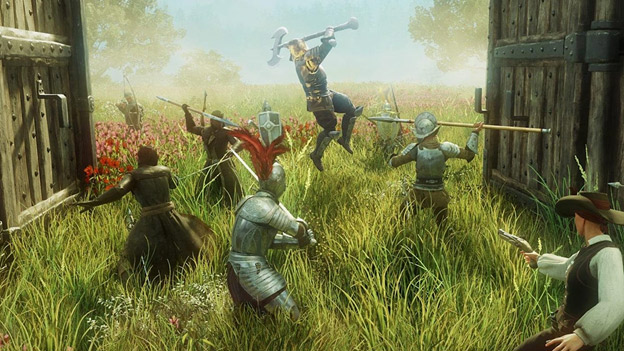 New World features a PvP territory system, but that certainly isn’t all there is to the game. Players can absolutely choose to spend their time doing whatever they please — leveling up, crafting new gear, farming items, or just slaying some monsters.

Dungeons and raids have always been a huge part of the MMORPG genre, allowing players to team up with their friends, and take down bosses. But, even better, you can form alliances and invade other territories.

The PvP aspect of the game is quite straightforward. All you have to do is join a faction, and switch on your PvP flag. Needless to say, players will be able to gain more rewards from PvP sessions. However, if you do get killed in the process, your equipment will lose a fraction of its durability.
The New World is divided into a bunch of territories, mainly comprising a settlement and a fort. The game allows players to form guilds with up to 50 players, thus, enabling them to compete for taking over and conquering other territories.

In order to take over a territory, the guild must aim to capture the fort. The settlements are the places where player housing and crafting stations can be found. Having seized territory, the governing guild will have the power to set a tax rate and initiate certain public projects. 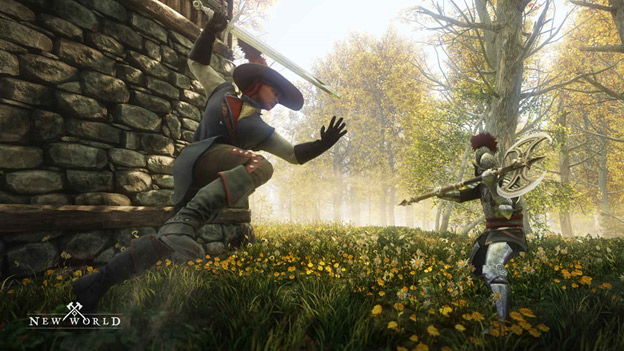 When, or if, other guilds wish to take capture your territory, they must formally declare war. Following the declaration, the battle will begin according to the defender’s schedule. Therefore, players can sleep easy at night, without having to fear their territory getting captured by the time they’re up.

These battles will require a total of 50 players from both sides. However, not all 50 participants have to be from the same company.

The objective for both sides would be to secure more points by capturing control areas surrounding the fort, the main entrance, followed by the central area. Players will be allowed to make use of siege weapons, turrets, and similar munitions during the battle.

If the attacking team wins, the players gain control of the territory and they must now focus on rebuilding and fixing the damage done to the fort and settlements.

What is the release date for New World?

As for the release date, the current schedule is to release in August 2021. Needless to say, Amazon was aiming for an earlier release date, however, the earlier beta test did not go as well as the developers had expected.

Evidently, the development team is dedicated to providing an experience unlike any other. The team aims to offer a degree of immersion unseen before.