So we are going back to the beginning, right to the first part of the game where you choose your starter champion. There is one choice which you should defiantly choose which is Kael because he is such a monster and will carry you through the game from early to late. Most late game players still have a Kael in use. So why waste the opportunity to get him for free! If you feel like you want to test your RNG (random number generator) then a second choice would be Athel due to her weaken so she can still be of use in the clan boss, this will be a big part of your mid game. Clan Boss is also where Kael exceeds as he has a poison ability which is essential to get the higher scores! Our recommendation is if you are less than a month into the game and didn’t pick Kael in the start and don’t have insane pulls from shards such as legendary champions then restart and choose Kael, unless you have pulled him from a shard!

As you get on in the game and do all the campaign tutorial you’ll acquire some XP boosts and these are going to allow you to level up quicker and unlock more areas of the game. Use it when you’re about to power farm in the campaign as the XP gained will be immensely increased!

Don’t lose focus with all Palrium’s distractions, they will try and taunt you into the dungeons but you want a team of 6 star champions before you even think about dungeons. Your main focus is going to be leveling up your hero’s so you can get as far into the campaign as possible! Make sure you get your level up your Kael first as a priority because he is such a beast. This make take a while but pull through the grind!

Make sure you are doing daily and weekly quests as these will give you needed rewards, they may look small but you’ll be grateful that they are there as you can get gems daily and shards weekly!

MISSIONS – These again are great for rewards and most mid game players forget they exist and they are missing out on great rewards which will lead the Arbiter at the end. Missions are also a good way to see where you are in the game, as they will keep you on track of where you should be based on your champions and level. 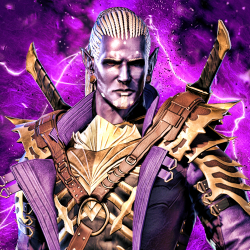 Now there is always some mistakes that people make in the game and that’s why we are here to help prevent you doing them. If you have already done them before seeing this article then it’s not the end of the world but don’t do it again or you’ll make the game a lot harder for yourself!

Don’t use any skill books/ tomes as these are very hard to come by and some champions don’t need books. If you have some save them for later as you’ll regret it when you want to book a champion and you remember that you booked an uncommon champion at the start. If you have some then check out the champion you think you should book on the HH.com website as there are ratings on whether you should book the champion! But please save them as they are hard to come by especially the epic and legendary ones.

Gems are so useful so do not waste them, you may feel like you get a lot early and you do but that eventually will fall off so make sure you keep them saved away until you really need them. Do not be tempted by an arena refill as it is not worth your precious gems! Don’t spend them on sparing pit as it’s not as helpful as it sounds, don’t refresh the market either as that’s a huge waste!

Do not feed rare, epic or legendary champions. This means to level up the star rating don’t use these champions because some of them may be hidden gems for your team! Use uncommon and common champions by leveling them up to the level you need to upgrade your main carry! This means get your 1 star commons and put them in your team for the campaign so they get levels and use more commons to level them up so you can level your Kael up.

Don’t spend time on masteries early on as it won’t help you progress as quickly as you want. When your carry is level 60 then it may be an idea for you but before that your main goal is to get Kael to level 60. So don’t leave that campaign, get the levels and keep trying to upgrade your hero’s!

For more details watch the video below as it goes into more depth! Happy Raiding!