Genshin Impact is an anime-inspired, open-world RPG with a gacha system. The game is quite similar to the remarkable — The Legend of Zelda: Breath of the Wild. And although some may say otherwise, Genshin Impact, despite the inspiration it derives from Breath of the Wild, is certainly not a carbon copy. In fact, on a closer look, the game borrows elements from a variety of other games, such as Kingdom Hearts III, the Tales series, and of course, Xenoblade Chronicles. Some might argue that a game with a plethora of such features is bound to fail. However, Mihoyo definitely proved everyone wrong. 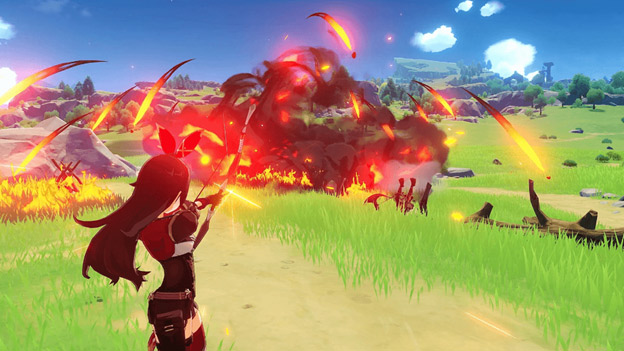 The Gameplay and Features

The world of Genshin Impact is quite vast and dynamic, with new mysteries and locations to be discovered. Similarly, the combat mechanics may seem rudimentary, but they also comprise a certain degree of depth. You can chain elemental combinations to deal more damage, while also utilizing the utility each character’s abilities offer. And though the game may lack the insane depth and complex mechanics that Breath of the Wild is known for, if anything, Genshin Impact’s visuals are far superior to it. Even better, Genshin uses elemental skills for accomplishing numerous mechanics that were tied to BoTW’s Sheikah Slate — freezing water, burning plants, and much more.

Moving on, the game’s progression is the standard RPG experience — players will be leveling up their characters, as well as focusing on increasing their Adventure Rank (AR) for additional stat bonuses, weapons, and accessories. On paper, the Genshin’s loop may not seem as appealing, however, after investing several hours into it, the gameplay does start to become addicting.

Apart from Genshin’s fairly decent narrative, the game has quite a bit to offer. Despite the game being from a mobile development team, this has had a lot of effort put into it. The entire cast for Genshin is fully-voiced by reputable and famous Voice Actors, from the main storyline to the sidequests. And despite the fact that the narrative may seem cliché and redundant, it is still a thrill to experience.

Genshin Impact also features an online multiplayer option, allowing up to four players to play together simultaneously. And even better, since Genshin is available on almost every platform excluding the Nintendo Switch, the chances of partying up with your friends are drastically higher than most games. Nevertheless, the game does have a level cap before players can fully access Genshin’s multiplayer system — players will have to reach Adventure Rank 16 before they can join their friend’s session. This can be roughly estimated to 10 hours’ worth of quest and sidequest clearing. Therefore, before having your friends download the game, we strongly recommend you to hit AR 16 since the game is meant mainly for solo-play.

What is the cost of playing Genshin?

Now, although Genshin Impact is a free-to-play title, the game will evidently push players to spend their money on in-game assets, such as new characters and skins. This mainly refers to Genshin’s gacha system and its core gameplay — utilizing different characters and their skills for going through your game. But, we will admit that the game is playable even without spending any money. The amount of content available for free is undoubtedly amazing. And although you can max out your characters by purchasing levels through ‘Resins’, you can do that by investing some more time and remaining patient. 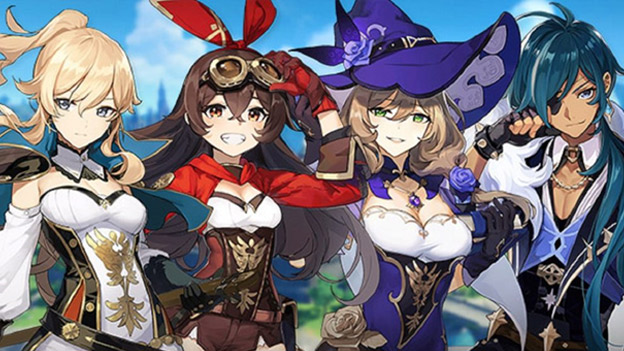 Should you play Genshin Impact?

If you’re on the lookout for an experience similar to Breath of the Wild on the palms of your hand through your smartphone device, then yes. The game is definitely worth trying out. In fact, the game is actually quite entertaining, even if you have played Breath of the Wild. The micro-transactions may be a deal-breaker, however, the game never really forces the player to spend any money. The choice is yours to make!

Currently, as mentioned before, the game is available on the PlayStation 4 and 5, Android, iOS, as well as a much-anticipated port for the Nintendo Switch. Cross-platform play and save files are also a thing, so you can easily hop from one platform to another.