How to protect your account in Raid Shadow Legends

How to protect your account in Raid Shadow Legends

At around 18:30 GMT the issues began where players were experiencing some very strange happenings while trying to log into their accounts, primarily through mobile devices. instead of taking them into their own account, they were being thrown into absolute strangers accounts… with their own details.

Obviously, this is absolutely terrible as people had access to others accounts, resources and could do whatever they pleased with them if not quickly kicked off – this resulted in peoples champions being fed, shards being pulled, and in some cases, entire accounts being destroyed!

Initially, Plarium addressed this with an announcement, which was incredibly vague and didn’t explain the issue at hand at all.. granted it was very late for Plarium and they may have not fully known what was going on exactly. However, there has been very minimal communication since.

Two-Factor Authentication (2FA) – What is it, and how to I enable it?

As you may have seen, Plarium’s announcement urged people to enable 2FA on their accounts via Plarium Play – to our knowledge this is the only way to enable this feature, despite it working for mobile users once enabled. You will receive a code to your email whenever somebody attempts to log into your account, so you are able to verify it and control who is able to access you account.

This was to stop people being able to do this last night, as it was not affecting those who had it enabled (for obvious reasons, it wouldn’t let you in after all) but this did mean that mobile users without access to Plarium Play were left very vulnerable to these attacks.

We’d like to take this opportunity to show everybody HOW to enable 2FA on your Plarium Play account. 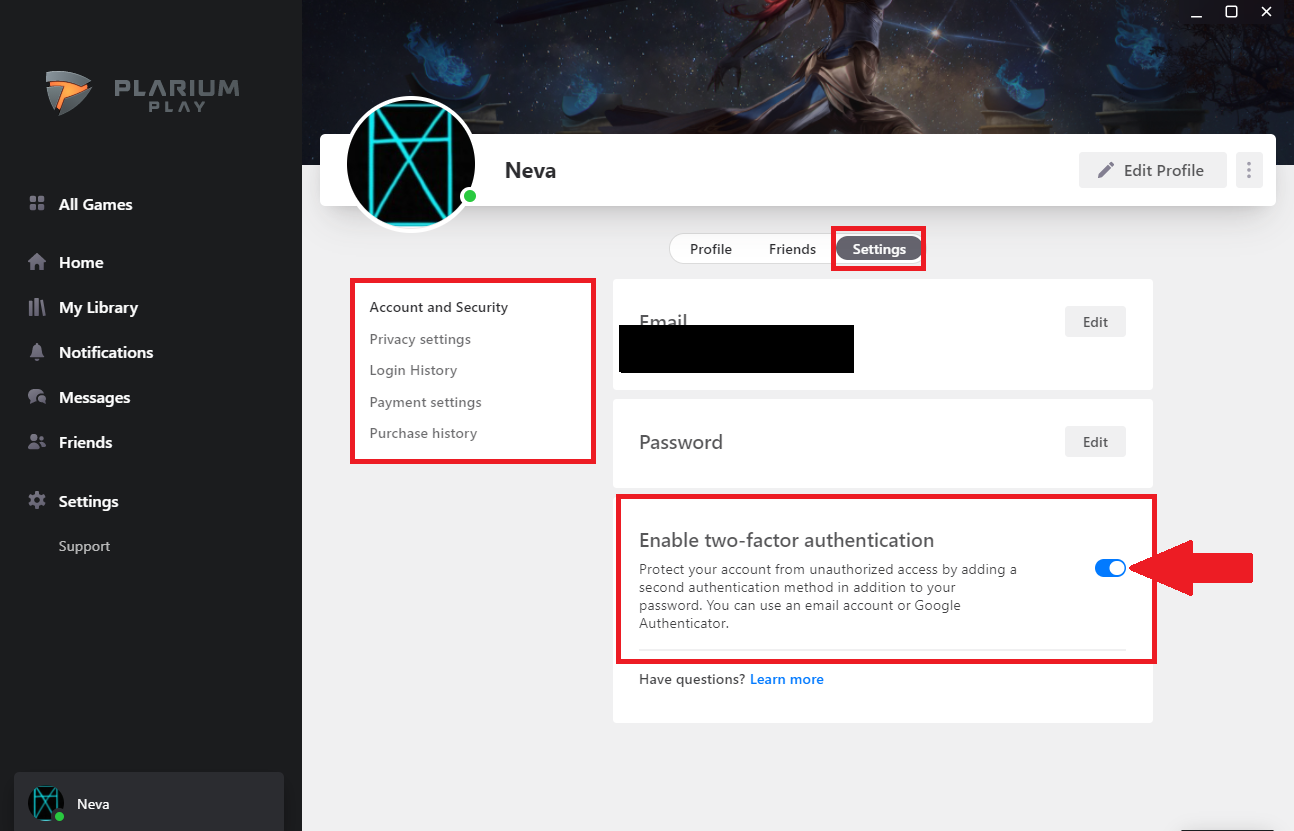 Open your Plarium Play, click on your user and go to this page, enable 2FA and set it up, protect your account to the best of your ability. We would hate anyone to lose their progress the way some users, unfortunately, will have done in the last 24 hours, however, accounts being hacked is not just an issue currently – it’s a permanent problem and protecting your account like this is hugely vital.

What did Plarium do/What are they doing?

While there was a lot of talks last night, and questions about why on earth they didn’t instantly shut down the servers as soon as they were made aware (which we honestly can’t give you an answer for as it did not just affect Raid and all other games that were affected INSTANTLY locked down their game to prevent any damage being caused.

What we do know, is that there will be compensation for those who were affected – when this will come and what it will be we do not yet know, but we will update here as soon as we know more.

IF YOUR ACCOUNT WAS AFFECTED BY THIS, WE URGE YOU TO CONTACT PLARIUM SUPPORT DIRECTLY THROUGH A TICKET OR BY CONTACTING A MODERATOR THROUGH THE OFFICIAL DISCORD SERVER (HERE)