Today marks the start of the second season of Hydra Clan Boss, it’s time to scrap everything you’ve learned so far from the first rotation, as it all changes again now!

We’ve had a ‘great’ experience so far, from finding an amazing strategy revolving around the Deterrence mastery and its interaction with Inquisitor Shamael and the Head of Torment, getting you stuck in an endless loop of counter-attacking – which ensured an easy 1 key for practically every single difficulty.

But since that was nerfed, by adding a cooldown to Deterrence it has been much more difficult to find ways to tackle the Hydra, due to the amount of mechanics there are to face and find ways to counter in just 6 Champions.

What Heads do we fight this time?

So, the starting heads have rotated around, as have the affinities.

This time, you’ll encounter the two heads who were previously on the sidelines, Head of Wrath, and Head of Blight from the get-go, which means you’ll need to be very careful with the devastating AOE damage that Wrath can kick out but also you will likely need to bring an AOE block buff or HP burn Champion to prevent Blight’s poison cloud. 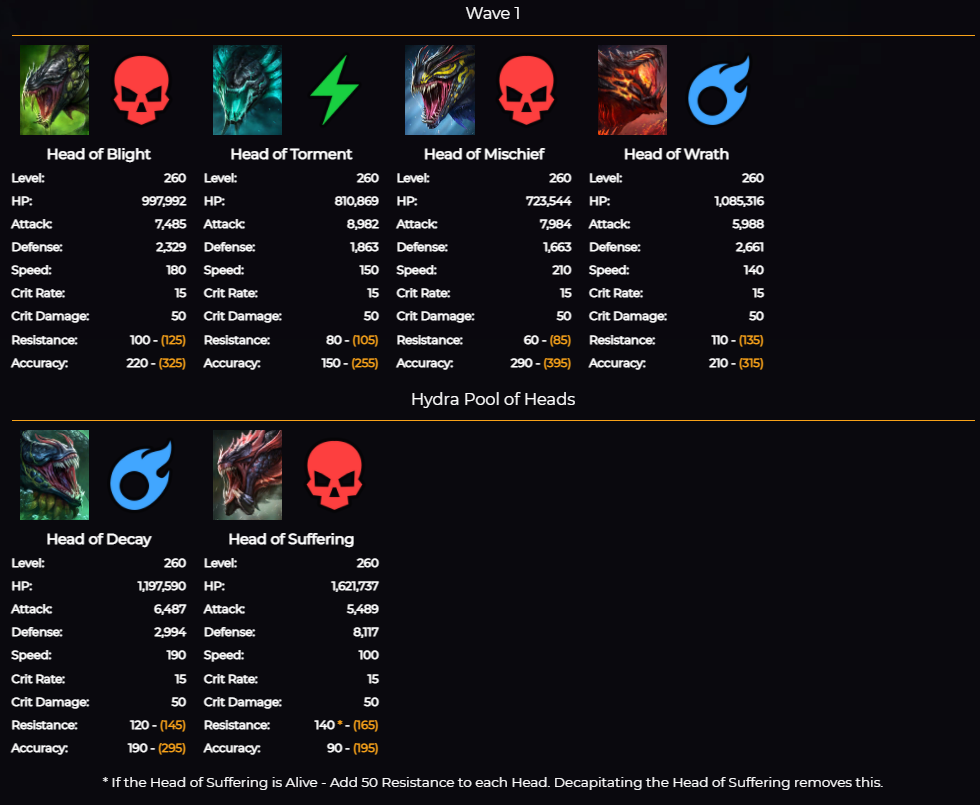 Be sure to check out our Raid Stages Tool to check the stats of the difficulties that you’re fighting so that you know what you have to bring to the table!

Each time the Hydra goes into a new season, not only do their starting positions change, but also their affinities to mix things up completely, this may result in you needing to work around new teams and Champions due to them now being negative affinity.

How long does this Season 2 last?

Just like the first Season of Hydra, we’ll be fighting these Head variants for the next 4 weeks, with the usual weekly reset.

This will give us chance to really attempt to figure things out and work our way back up through the difficulties, so stay tuned and keep an eye out for Content Creators as they find new ways to tackle this boss.

Remember, if you’re making use of our Optimiser, our new Team Suggestion Feature will help you to see what others are using on your Hydra difficulties – which might help you think of a surprising team that can help you get your chests!

Of course, we’d LOVE to hear what you think about this season of Hydra, so let us know in the comments!