Raid Shadow Legends have just announced that there will be a new way to manage your champions in your roster coming in patch 3.5. We are expecting to see this patch drop later in the month but I am sure that most people will see this as a welcome change to the game UI.

Here is what Plarium had to say about it:

We’re about to add Champion Tags in the upcoming release.

Champion Tags is a quality-of-life feature that lets you categorize the Champions in your Collection according to how you use them in-game.

To tag a Champion, select one in the Collection, then press the Champion Tags button – indicated by a Star.
When you tap the icon, a drop-down menu will appear with a list of all the available tags.

There are multiple tags available to choose from:

Favorite – For whomever, you love the most.
Attack, Defense, Support, and Speed Build – To indicate how a Champion has been built if a Champion can be built for different roles.
Build I, II, and III – Use these however you’d like, but we recommend using them when you have multiple of the same Champion built and you want to indicate the difference in Artifact quality between them.
None – When you don’t want a Champion to be tagged. You can only apply one Tag to each Champion.

After you Tag a Champion, it will be displayed on their avatar throughout the game: in the Champion Collection; the Champion Vault; the Tavern; and the
Champion selection screen before every battle. This makes it much easier to find who you’re looking for! 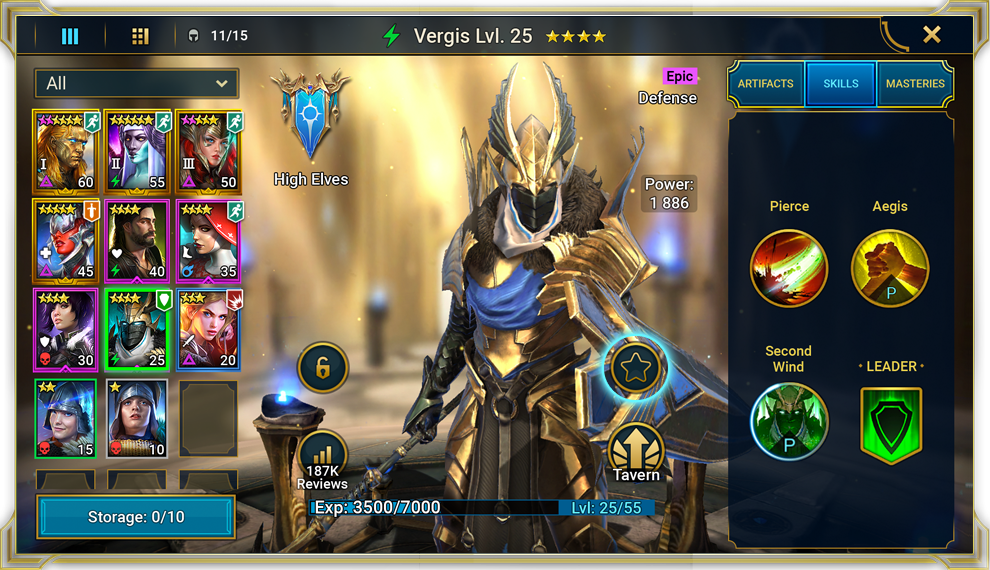 Let us know what you think about this addition in the comments below!