We will be keeping this page up to date with what we know about the upcoming events in March and during the 2nd Anniversary Event.

The timetable of events:

From looking at the in game events that are starting on the 1st of March we can see that the Fragment events will include fragments for past events that you may have missed out on. This is a huge step for the game as many players have been complaining that they were unable to reach the required fragments during these events and, although promised, up until this point there has been no way to obtain these Fragments to complete the summon.

We also know that at some point in March Plarium are planning to release the new Samurai Faction into Raid Shadow Legends. Although we do not have a date on this several names have popped up in the game code giving us the impression that the Raid Shadow Legends team are in the final stages of this launch.

March 2021 marks the 2nd Anniversary of Raid’s official launch, and we want to celebrate this momentous occasion with our wonderful community!  We’ve come a long way in those two years, but we wouldn’t be here without you.

As a little sign of our gratitude, we’re giving everybody a bunch of gifts every day for the next five days – starting today – so make sure you don’t miss out on those.

Additionally, during the celebration, special Anniversary-edition events will also give you the chance to earn Fragments of some Champions that have previously been available through Fragment Events.” 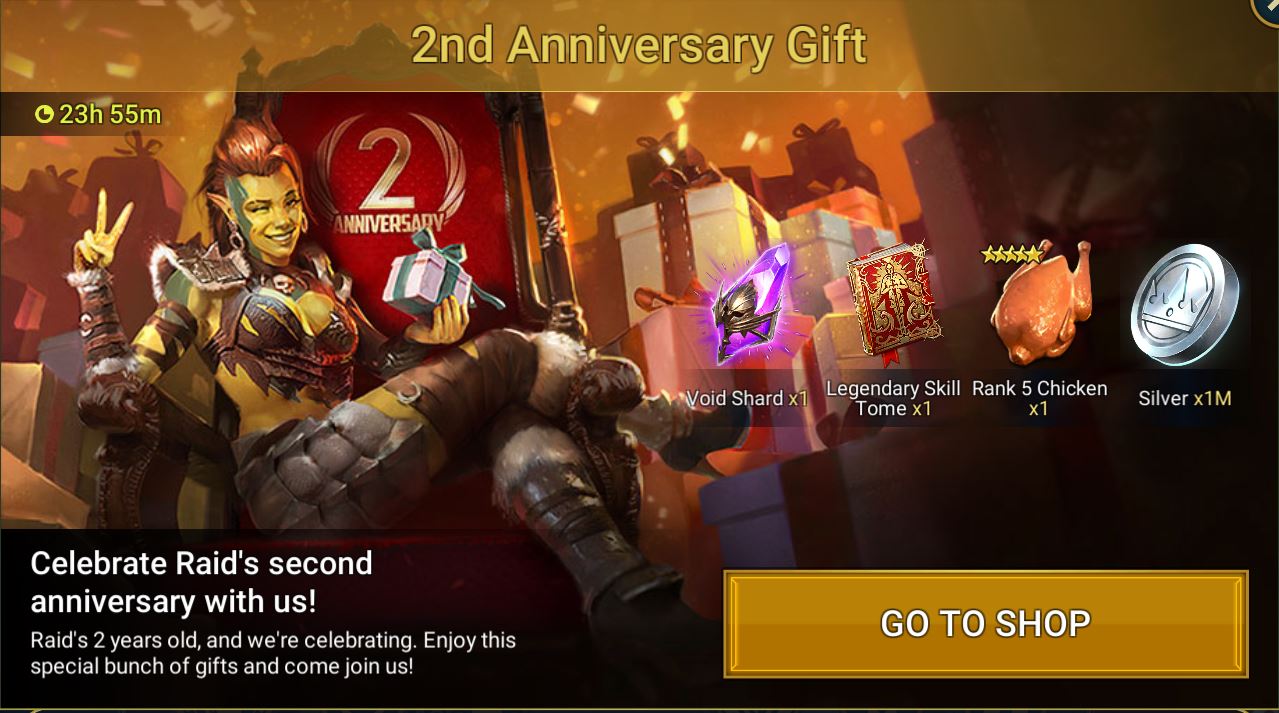 Day 2’s rewards just went live and Plarium has given us another shard and some more silver! its shaping up to be a nice little event! I advise you don’t pull these shards as it feels like something is coming later in the week! 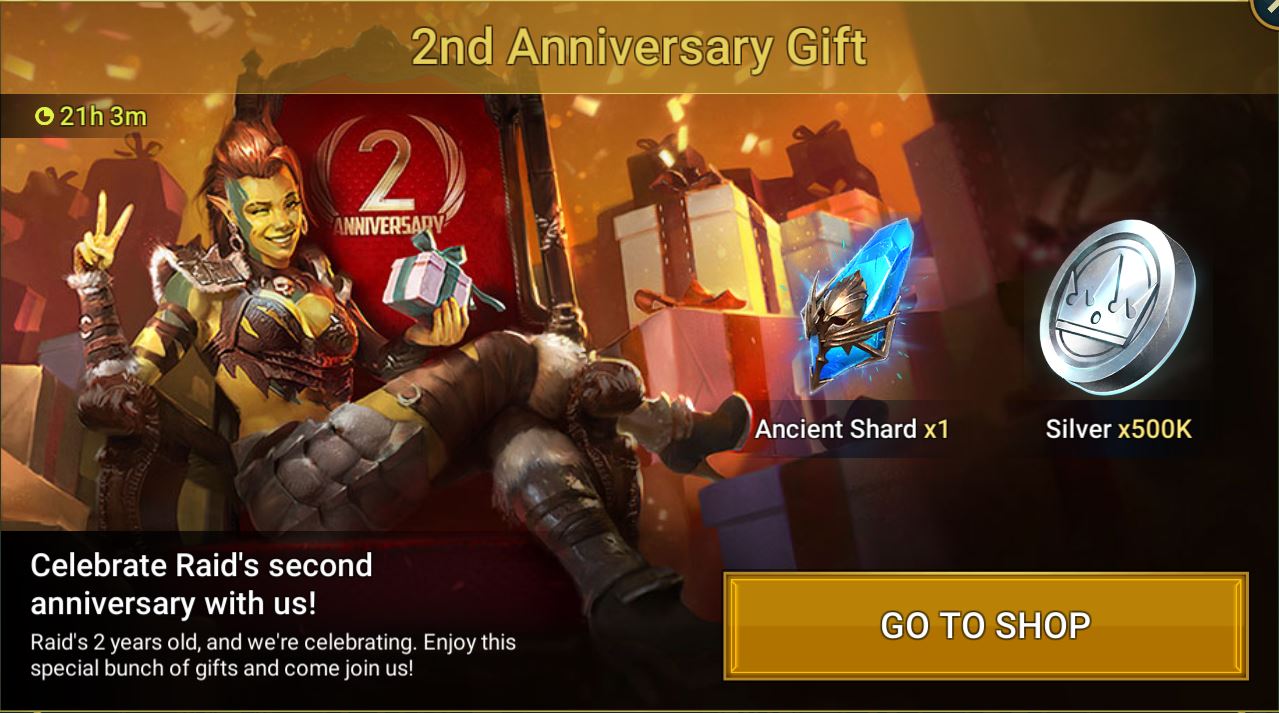 Getting Drokguls fragments will require ~1800 energy, but remember this will also give you points in the dungeon divers event. 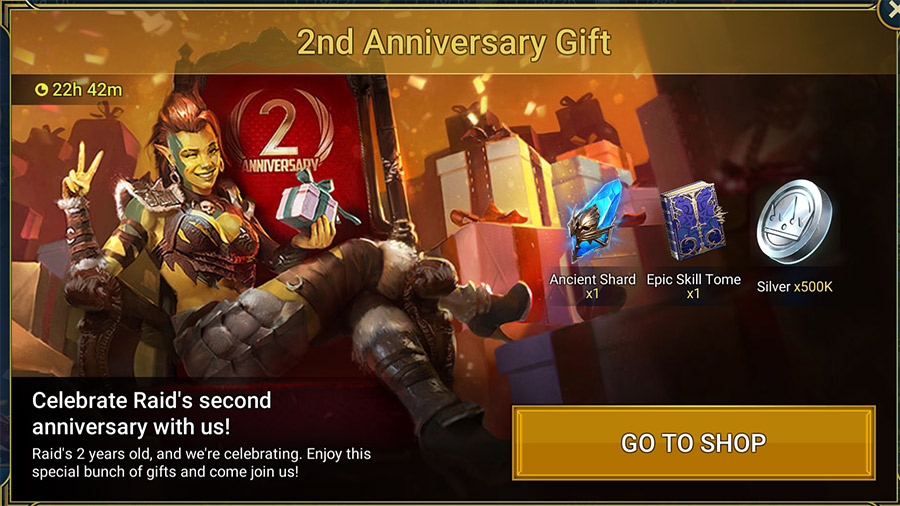 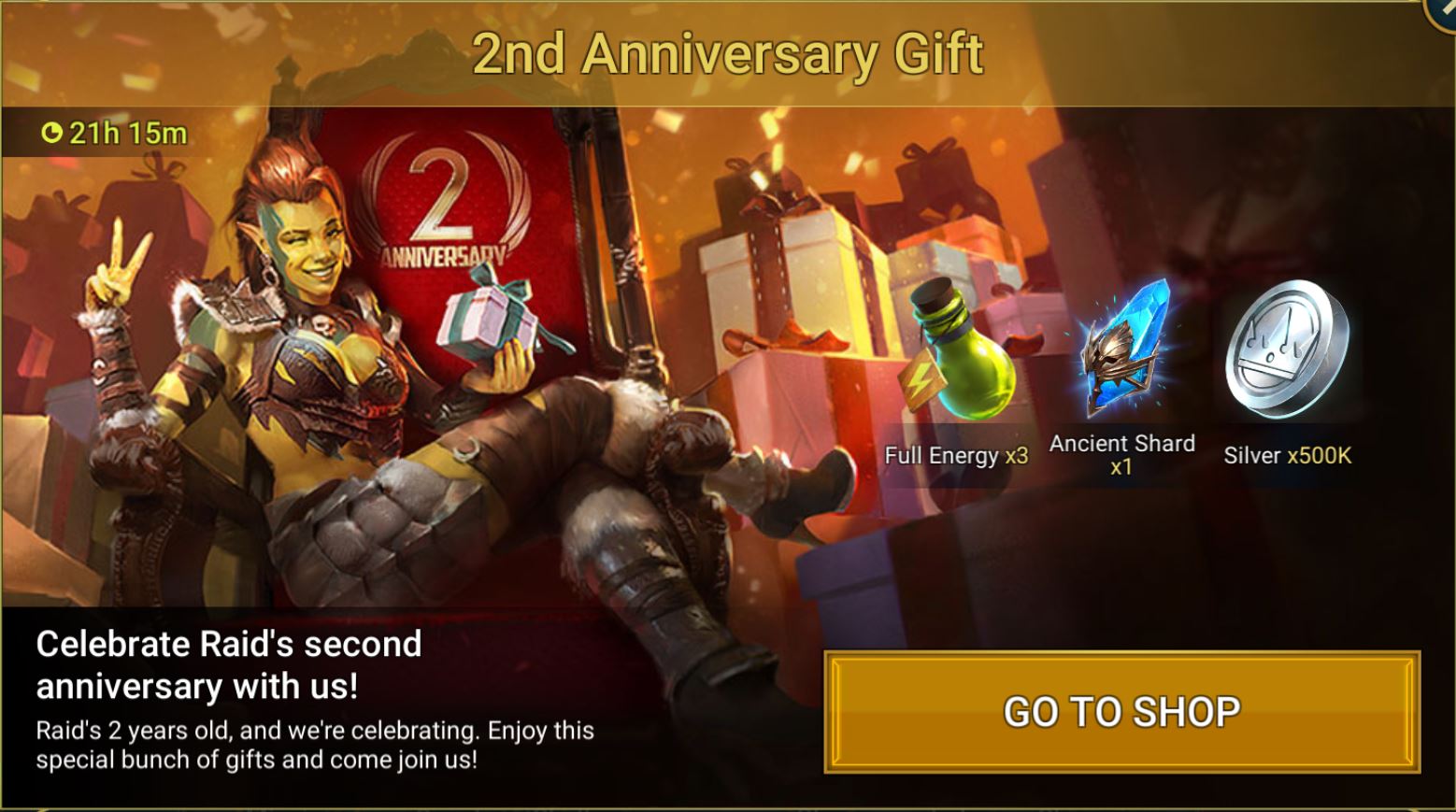 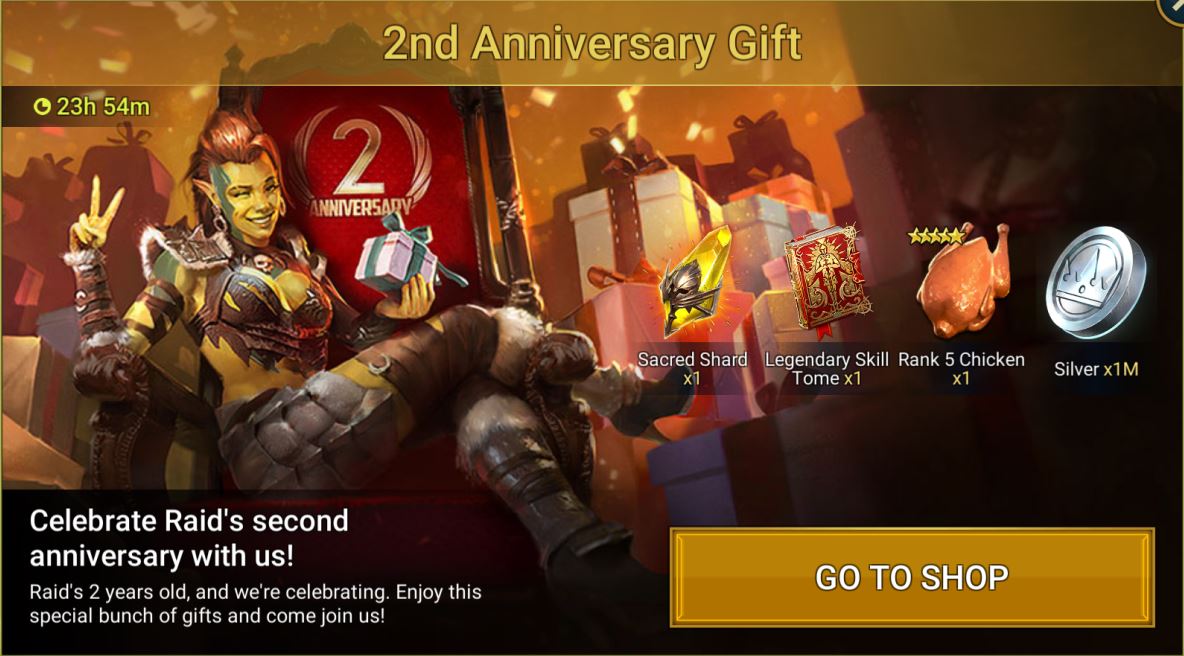 We will continue to maintain and update this page as we start to learn more over the coming days.