Plarium has dropped some more information about upcoming changes and rebalances in the Clan vs Clan space of Raid Shadow Legends. Here is what they had to say today:

We are back with our regular Raid Digest!

This issue is focused on one feature, so buckle up and let’s go straight into the CvC changes.

First and foremost, we want to say that like any other tournament in the game, the balance of rewards for most Clan vs Clan tournaments will be changing. While you saw some minor changes during previous CvC tournaments from the start, shifts might be quite more drastic in the future. Hopefully, I have your attention by now, so let’s see what changes await you in the next Clan vs. Clan tournament!

Before we launched the first Clan vs. Clan tournament, we decided on the percentage of participants for the 2-6 CvC Tiers based on the numbers of competitive Clans at that moment in the game. By now, the Clan activity has grown, and stronger competitors are now fighting for the top rewards and top milestones, but movement between leagues became harder than initially intended. Seeing this tendency, we decided to double the number of clans in 2-6 CvC Tiers. This will enable more movement between them and allow more clans to get the deserved placement in the tournament.

Let’s start this one with Shards. We came to a decision to increase the number of points gained in activities around hero acquisition. Shards are the most crucial and valuable resource in the game, so we think increasing its point value for the tournament is appropriate. For example, in the previous tournaments, for obtaining epic champions, you would get 100 points. Now the number of points raised to 1000. Changes will be already in play in the next tournament, so be ready.

Next up is Dungeons and Campaign points rebalance. Starting with the upcoming CvC Tournament, these activities will have double or more tournament points. For example, the “Beat Stages 20-24 of the Dragon’s Lair” will rise from 40 points to 100.

While some activities needed an obvious boost, some were overvalued in the tournament, and due to point hunting, might even slow players’ progression. So to balance out other changes and restore appropriate point value to the activities, there will be decreases of point value for some of them.

Stage 21 of Faction wars will now give 1000 points to the tournament (has been 2000). Other stages of the Faction wars remain unchanged.

The Great Hall points are also undergoing a rebalance. Affinity bonus upgrades from level 6 and higher will bring less points. The number of points for upgrades of levels 1-5 remains the same.
The next tournament will start on August 24 and will be active for two days as usual.

That’s quite a lot of balance tweaks, and for your convenience, we prepared a number of charts with all point rebalance changes that await you in the next Clan vs. Clan tournament.

See the images below: 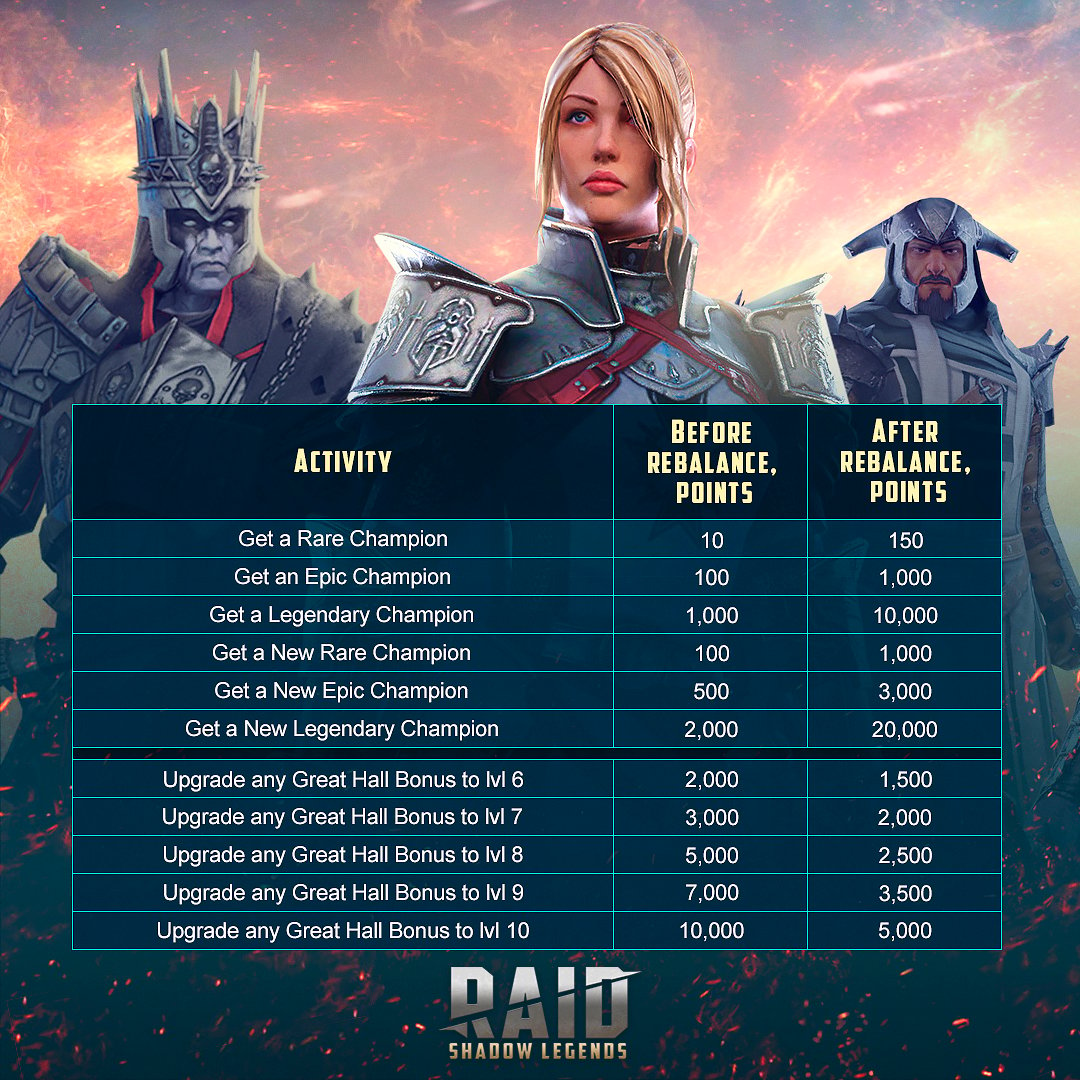 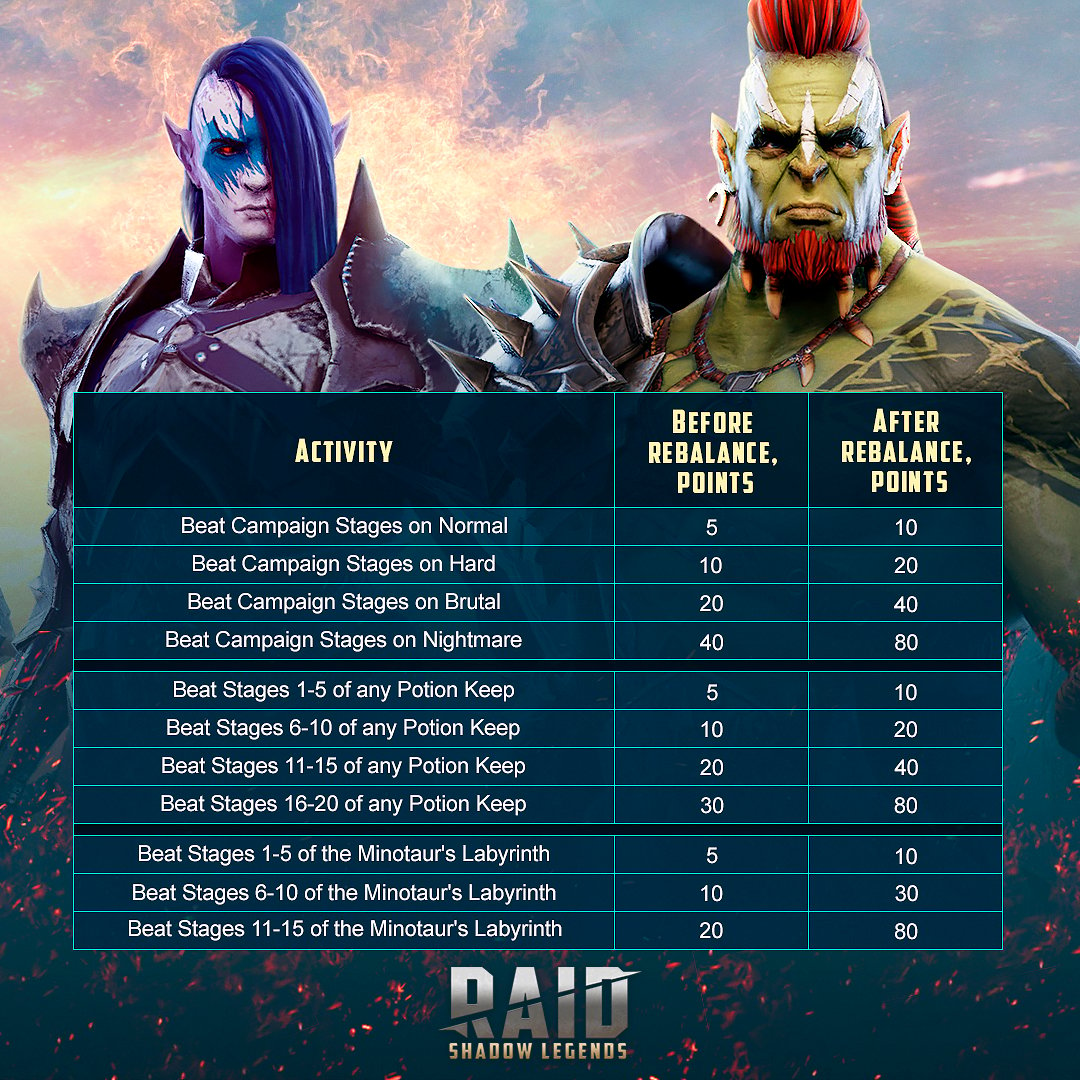 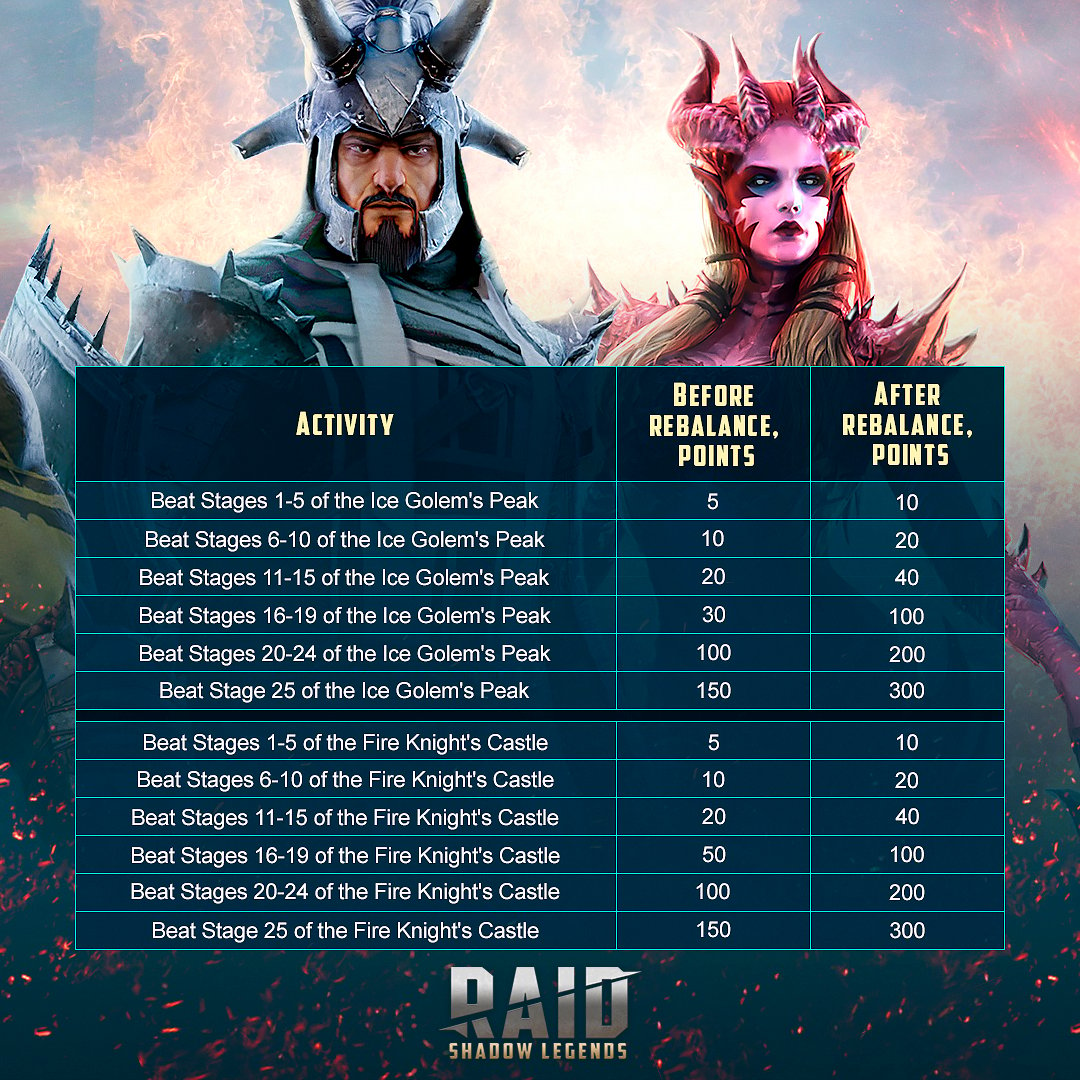 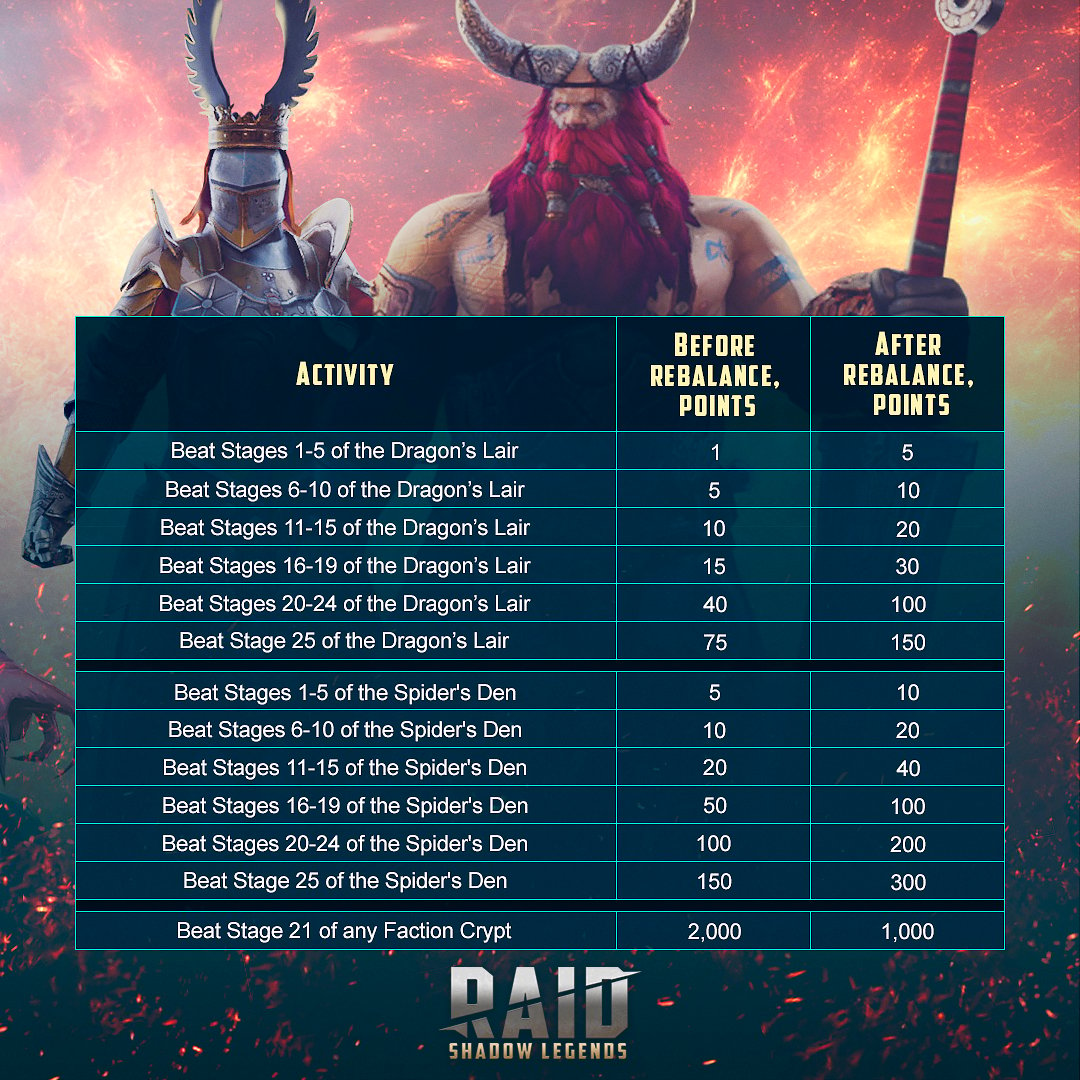