Plarium has released a video with a sneak peek into Patch 5.60 with an apology for not being able to deliver on the What’s Coming in Raid videos, due to current circumstances.

But that doesn’t mean they don’t have a ton of cool things in the works!

Let’s look at what’s to come!

These extra-special events give everyone branching choices of reward paths, and it’s down to you to decide which path or path(s) you want to head down. If you’ve got your eyes on something special you can pick the quickest route to get your hands on it ASAP while picking up a bunch of other goodies along the way.

Hero path events will combine a bunch of activities and game modes like raiding dungeons, upgrading gear and levelling Champions, as you complete those activities you will earn Hero Coins which you can use however you see fit to unlock your rewards in the Hero Path, along with getting keys to explore the reward paths.

Every single path will eventually lead to the event’s most valuable, prestigious reward, and then provide you with keys to unlock further paths, so don’t stress too much over your decision as you can’t really lose or miss out.

The first event will be dedicated to the Summer Solstice, where we will be collecting Light Coins to get our hands on some amazing rewards.

The first quality of life change is something that’s been heavily requested, and that is the ability to Regroup your Hydra team AFTER completing a run, instead of submitting your key instantly and potentially wasting a run.

Similar to how it works in Classic Arena, Plarium will be introducing a system in Tag Arena where anybody who doesn’t complete 10 battles in a week will be demoted to a lower tier. If you want to keep the high tier rewards, you’ll have to fight for them. This may be a small change, but it’ll make a big difference for those trying to climb the ranks by freeing space by demoting players who are not actively partaking in the game mode.

Now for the big on we’ve all been waiting for, watching the upgrade bar on artifacts fail repeatedly and slowly watching our silver trickle away has grown very tedious, and going forward we won’t have to suffer with it anymore! Plarium are introducing an INSTANT UPGRADE feature, where the game will simulate all of the attempts required.

As promised, Plarium has continued to work on Champion Skins to bring to the game, and the next lucky Champion (or Lucky Players who are able to use the skin) will be Trunda Giltmallet.

Just like previous skins, there will be 2 added with different rarities. It’s unknown yet where we’ll be able to earn these skins, but if history serves, we’ll probably have to purchase one of them! 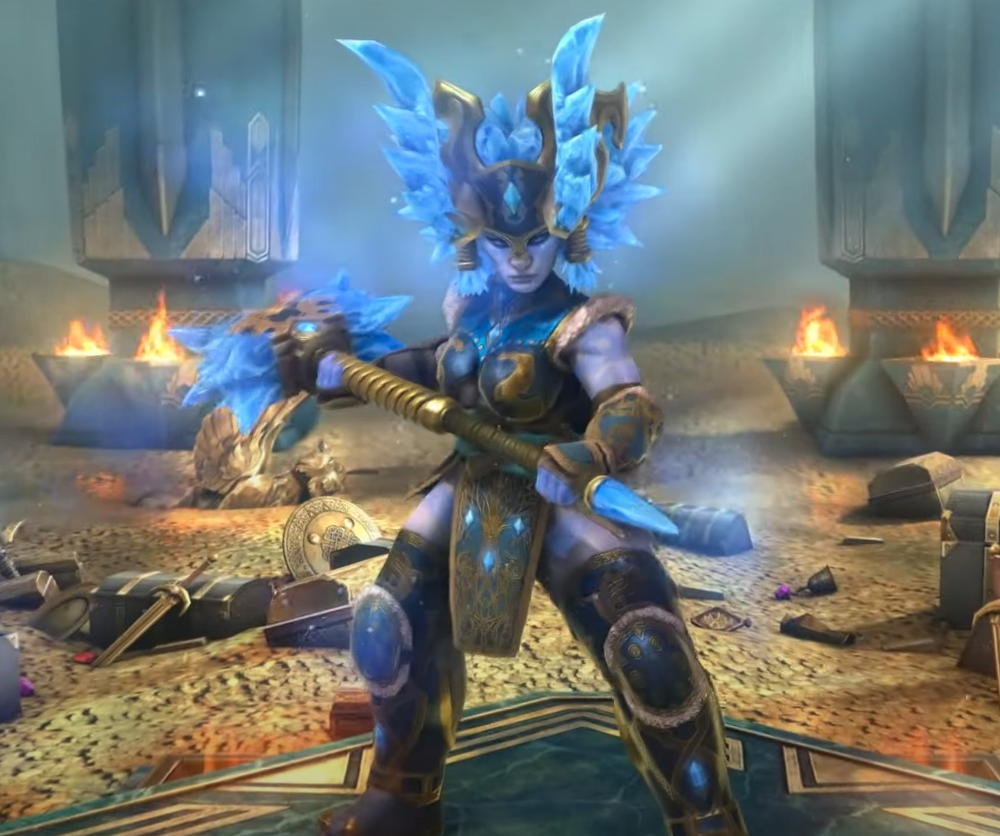 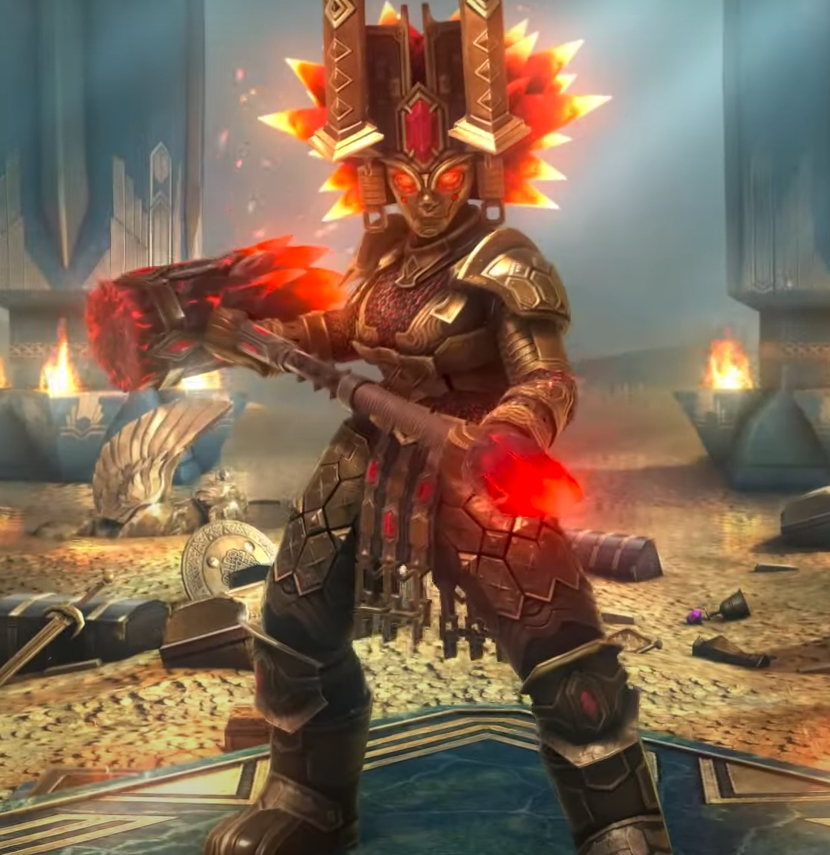