Top 5 Upcoming Mobile Games You Should Know About

Top 5 Upcoming Mobile Games You Should Know About

Videogames have certainly evolved over the years. But, along with the evolution of games, the hardware for gaming has also seen tremendous strides. Quality gaming that was once restricted to consoles and computers has now been made possible to experience on mobile devices. The likes of Genshin Impact, PUBG Mobile, Call of Duty Mobile have proven this in recent years. And from here on forth, games will only continue to get better. Therefore, here is a list of our top 5 upcoming mobiles that you should absolutely look out for. 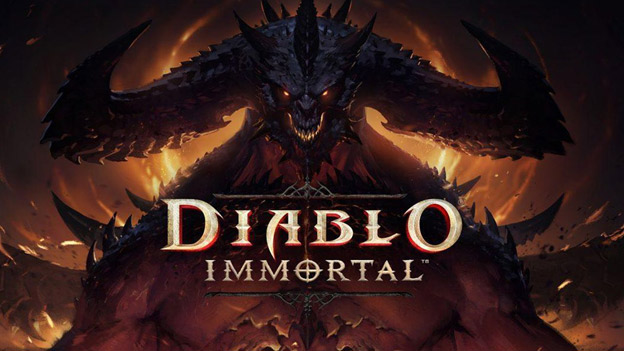 Having partnered up with NetEase, Blizzard Entertainment proudly brings their well-acclaimed Diablo franchise to mobile devices. The gameplay for Diablo Immortal is quite similar to its former titles — hack and slash ARPG with massively-multiplayer online capabilities. Jump into the fray and slay monsters, raid dungeons, and much more. The lore for the game takes place prior to the Diablo 3, followed by the events that unfolded in Diablo 2.

Needless to say, despite the backlash Blizzard received for switching platforms, Diablo Immortal is actually worth playing.

Following the success of the immensely popular and award-winning game NieR: Automata, the team has come up with a title targeted towards all smartphone users — NieR Reincarnation. Unlike the former game, this game will rather emphasize mainly on the narrative and gacha rather than other elements, like hardcore-action. The game is directed by Yoko Taro himself, with a premise that revolves around the tale of a white-haired girl and her floating partner named Mama. NieR Reincarnation will undoubtedly be an independent title, and not a spin-off for Automata or any former titles.

The game recently released in Japan on February 18, 2021, on both iOS and Android. However, Square Enix has yet to announce the global release date.

MOBA games have been around for quite a while now. With games like League of Legends and Dota dominating the PC MOBA scene, smartphone users tend to make do with similar titles for mobile devices — Mobile Legends, Vainglory, Arena of Valor, and now, Pokémon Unite. The announcement for a 5v5 MOBA title came off as a surprise to pretty much everyone last year. But, yes. It is official.

Tencent and TiMi Studios have been made responsible for developing and publishing the game. From the looks of the trailer, the gameplay will be reminiscent of LoL’s Dominion mode, focusing mainly on scoring points by capturing more areas. For now, a total of ten Pokemon have been officially confirmed to join the game.

Grinding Gear Games officially announced a mobile port for their exhilarating free-to-play ARPG Path of Exile in November 2019. And while most assumed the game would be another cash-grab attempt, the development team clearly stated that Path of Exile Mobile will have no microtransactions, whatsoever. With the exclusion of pay-to-win elements, this game certainly seems like an awesome game to look forward to.

To make things even better, the development team responsible for porting the game to consoles will also be working on the mobile port. The developers emphasize the importance of tailoring the game for smartphones, taking into account the small screen size and portability factor.

However, despite the immense hype surrounding Path of Exile Mobile, the official release date is yet to be announced.

Apex Legends, the title that challenged the likes of Fortnite, and also changed the Battle Royale scene completely, will soon be hitting the mobile devices. Respawn Entertainment and EA have been working quite effortlessly to bring this awesome game to all platforms possible. With a scheduled release date of March 9, 2021, on the Nintendo Switch, it is quite clear that Respawn will be porting the game to mobile devices by the end of this year.

If you do not know much about Apex Legends, it is a Battle Royale game with some sci-fi aspects to it. The game is only playable in first-person perspective and has several characters to choose from, each differing from the other in skills, abilities, and physique. Nevertheless, considering the amazing games Respawn Entertainment has put out lately, sleeping on this mobile port is not advised.