Your friendly neighbourhood Deathknight has just finished his training and earned a long-awaited promotion, no more looking down on the common masterpiece, he’s now legendary!

This has been coming for a while now and we’ve had many hints, and sneak previews of we can expect, as well as potentially unrelated teasers from Plariums social media platforms, but today we find out exactly what we’re getting… for FREE!

There is also a promo-code attached to this event, which will allow you to instantly ascend your Ultimate Deathknight to 5/6!

Heckler of Legends
Attacks 1 enemy. Has a 30% chance of placing a [Provoke] debuff for 1 turn. The chance increases to 55% against Legendary Champions.

Get Comfy Everyone – Cooldown: 5 Turns
Places a [Shield] buff and a 15% [Continuous heal] buff on all allies for 2 turns. The value of the [Shield] buff is proportional to this Champion’s DEF.

Too Awesome To Die – Passive
Whenever an Ally is attacked, has a 100% chance of completely blocking 1 hit. Decreasing the incoming damage to zero. This Champion will receive that damage instead. The Chance decreases to 50% if the attacker is a boss. Does not work if the attack on the ally was an AOE attack. Whenever an enemy is healed, heals this Champion by 20% of that heal.

Didn’t Need ‘Em – Passive
Increases this Champion’s HP, DEF and SPD by 10% for each dead Ally.

Aura:
Increases Ally DEF in all Battles by 30% 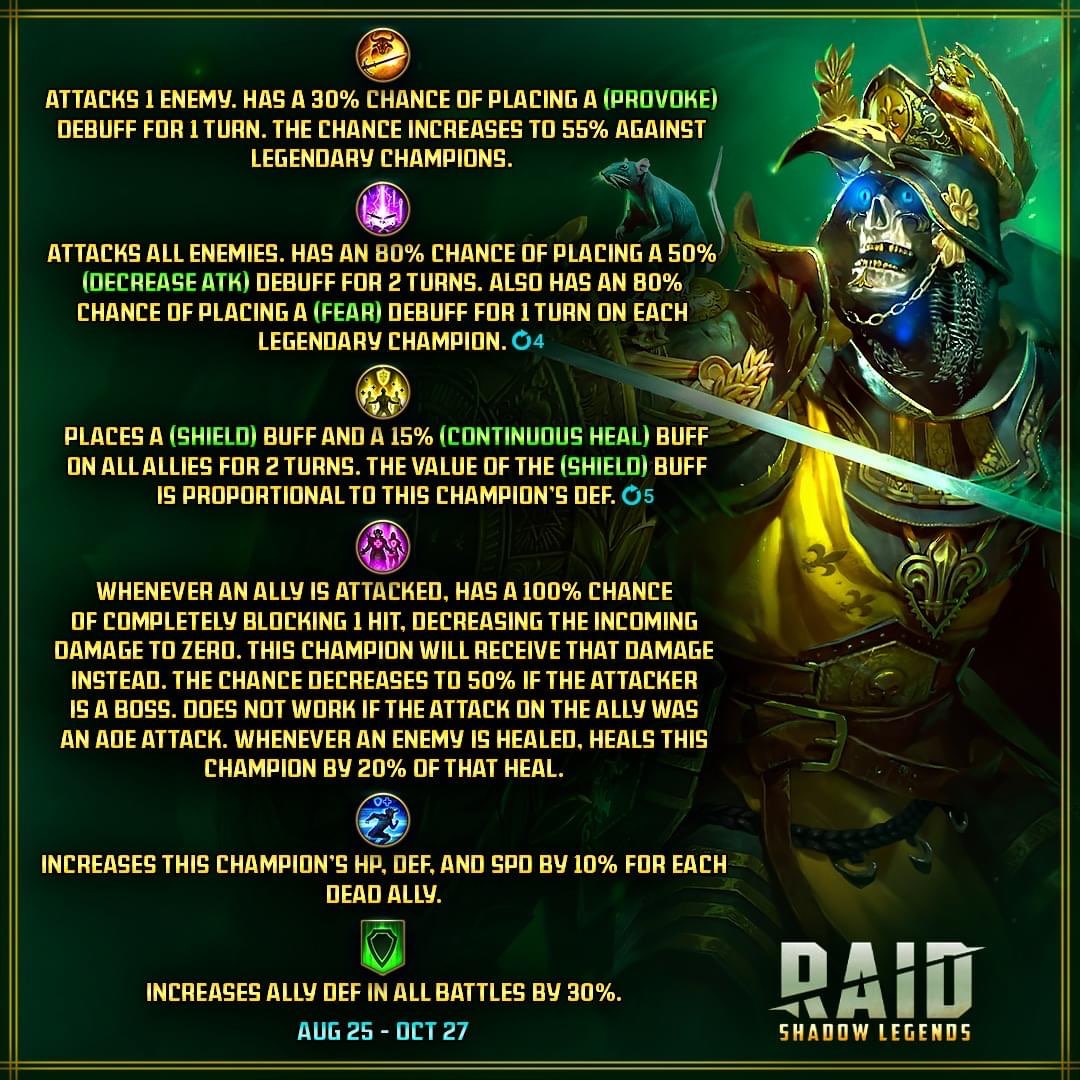