What is an MMO Game?

What is an MMO Game?

The gaming industry has been introducing new genres with each generation of video games. Just as how the first-person shooter genre made its debut, the MMO genre also made its appearance. The term ‘MMO’ refers to massively multiplayer online games, which undoubtedly make up for most of the modern titles. And before diving into the MMO genre, you must understand that MMORPGs and MMOs are different terms. Hence, without further ado, let’s dive in and learn more about this genre. 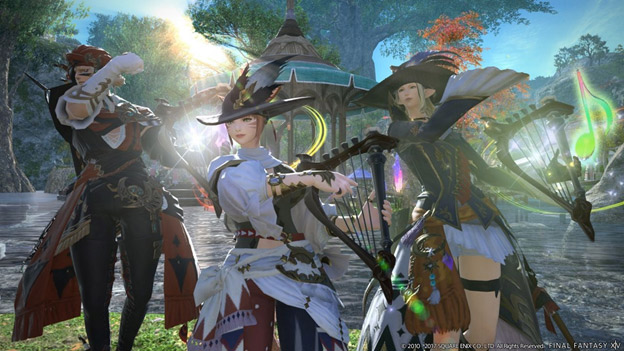 What exactly is an MMO?

Taking a look at the genre’s name itself, MMO games are meant to be played with several other players. Although some modern titles can be played offline, the developers will somewhat encourage the community to engage in multiplayer sessions instead. Therefore, it can be claimed that MMOs serve a great role as social networks, allowing players from across the globe to play and communicate with one another.

While the term may not be as well-known, you definitely may have played or heard of a few games from the genre. The likes of Fortnite, World of Warcraft, Minecraft, and even FarmVille fall under the MMO genre. And just like these titles, other titles such as sports and fighting-themed games are often also falling right under the MMO umbrella.

The History of the MMO genre

Before the advent of gaming, MMOs used to exist in the form of multi-user dungeons. In fact, back in the 70s, the mentioned text-based, multiplayer games were running on primitive internet servers. Due to the dialogue-based gameplay, these multi-user dungeons are mainly comprised of role-playing games (RPGs), quite reminiscent of the old-school Dungeons & Dragons tabletop game. Bearing that in mind, it makes sense that the first few MMOs would also be RPGs, which brings us to MMORPGs.

As you may have guessed, MMORPGs are short for massively multiplayer online role-playing games. At first glance, one can easily mistake either for being the same thing. However, despite the line between these genres being quite blurry, MMORPGs are mainly focused on delivering detailed storytelling, quests, strategizing, world-building, and some other aspects. Needless to say, most MMOs also come with this line of features, since they are mainly derived from the multi-user dungeons.

Moving on, the MMO genre remained exclusive to PC gamers until the release of consoles with Wi-Fi capabilities. Following that, MMOs continued to significantly grow even further with the introduction of modern smartphones. 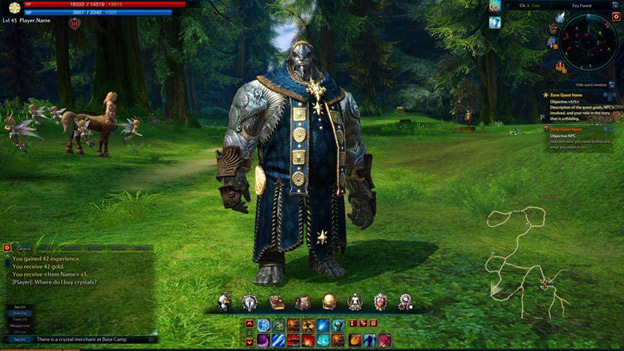 In order to become a compelling MMO game, the developers must aim for a persistent world that resides mainly on remote servers. This will allow players to establish a connection with the nearest server, allowing them to interact with other players in real-time. Interestingly, even if the players log out or exit the game, the game will still be running 24/7, excluding routine maintenance sessions.

Multiplayer online battle arenas (MOBAs) such as League of Legends and Dota 2, can also be considered MMOs, however, these games lack the persistent world feature we mentioned before. And though fighting games such as Mortal Kombat 11 may incorporate some multiplayer elements, they are not considered an MMO mainly because the core gameplay does not revolve around the MMO aspect. 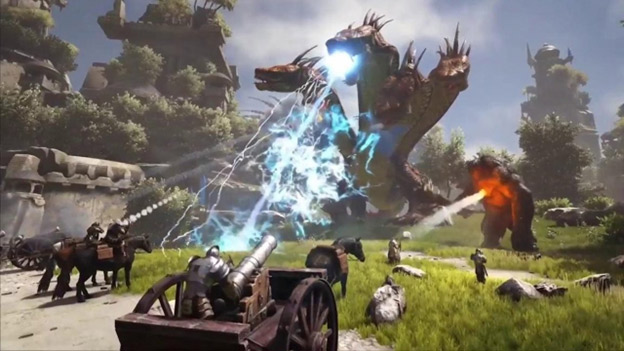 To experience the beauty and complexity of MMO games, all you’ll ever need is an internet connection, as well as a device to play your games on. This can go from smartphone devices to consoles, to computers.

Moreover, the following are some MMOs you may want to try out:

Games like Raid: Shadow Legends, Dragon Champions and Summoners Glory aim to merge the Mobile Gaming World with the feel of true MMo experiences. We would love to know if it was your love of MMo’s that drove you to try out these games. Let us know in the comments.