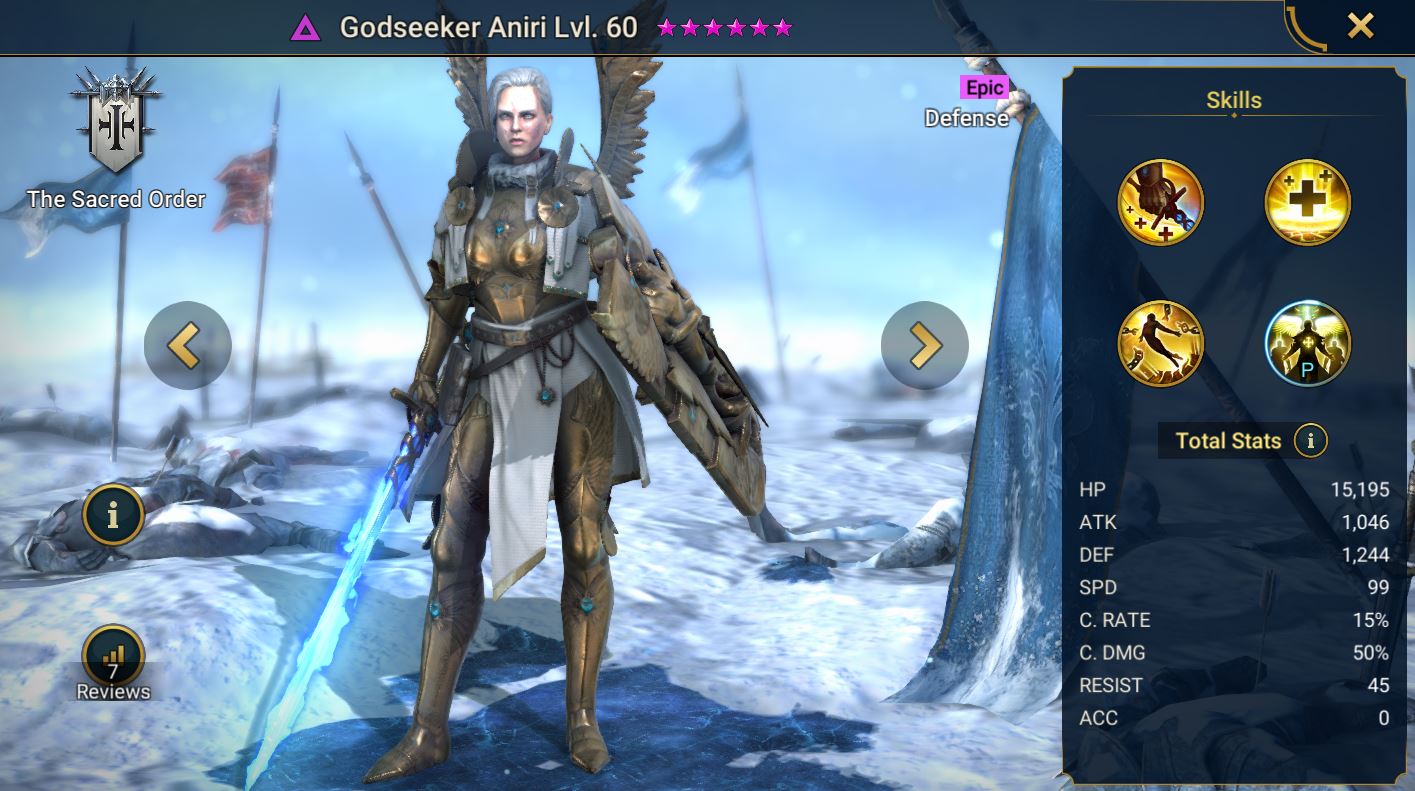 Godseeker Aniri has the hand of god on her face where she may have been struck down. It looks like she has Cardiel on her shield and a flaming sword!

She is a Void affinity epic from the Sacred Order faction. Aniri was added to raid during the February 2021 patch alongside the Valentine champions in a Demons and Angels patch. Aniri has an amazing support kit with defensive skills such as a revive and cooldown reset and a revive on death if an ally is about to die.

She doesn’t really have a weak area in the game and she is great in the Iron Twins and arena Defence.

Overall a great utility champion that I am sure has seen a lot of playtime in Arena, Clan Boss and Faction Wars.