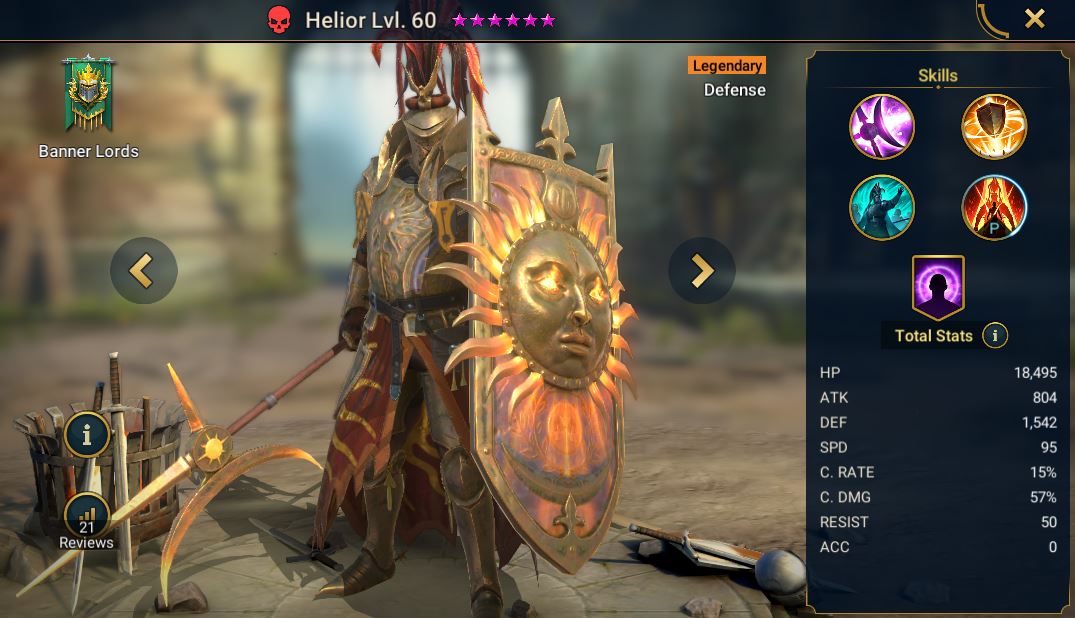 Helior has been training with the power of the sun! His kit is based on harnessing the power with all the abilities being named with synonyms of the sun. With the sweet-looking Shield that he carries he serves to protect his team!

He is an all-rounded champion that will have his use in most areas of the game using his AOE Shield on his a2, if you are feeling crazy you could build full damage Helior and give your team a massive shield whilst battering the enemies. He also transfers all debuffs from allies to a target enemy on his a3 which is massive if you want to target an opponent whilst cleansing your team!

Whilst he is such a hero for cleansing and placing shields he also provides damage mitigation on his Passive. As he will absorb 30% damage if an ally is under two or more debuffs. He will be good in dungeon runs because he can nuke and shield your allies which you may need to keep them alive!

Helior is in essence a Paladin for all those world of warcraft fans out there!

Transfers all debuffs from all allies to a target enemy, then attacks that enemy with the default skill. Converts this Champion’s RES into additional ACC when using this skill.
Level 2: Cooldown -1
level 3: Cooldown -1

Whenever an ally that has 2 or more debuffs is attacked, this Champion will absorb 30% of the damage inflicted on that ally.

Increases ALLY RESIST in all battle by 60.