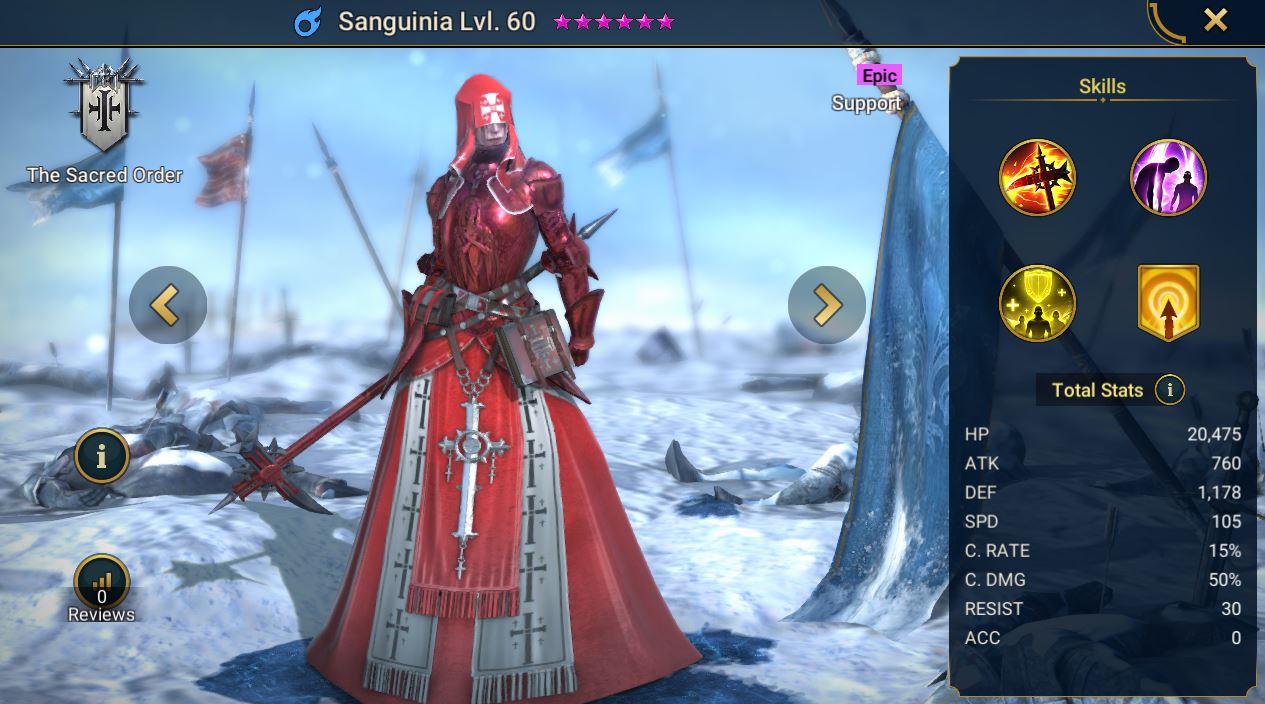 Sanguinia is dressed in all red, now we aren’t sure if this is blood or if she chose this colour on purpose! She uses an icepick as a weapon so that must be the blood of opponents!

She is a Magic affinity support epic from the Sacred Order faction. Sanguinia was added to Raid in January 2021 and has the ability to remove all debuffs from your team and throw them back at an enemy. Sanguinia also has a block debuff ability on her A2 relevant for most content in Raid but on a 3 turn cooldown could be woven into a Clan Boss composition to block the stun. She can be used in Hydra as well but only if you have nothing better to use!

Overall a mid-tier epic with some good utility.