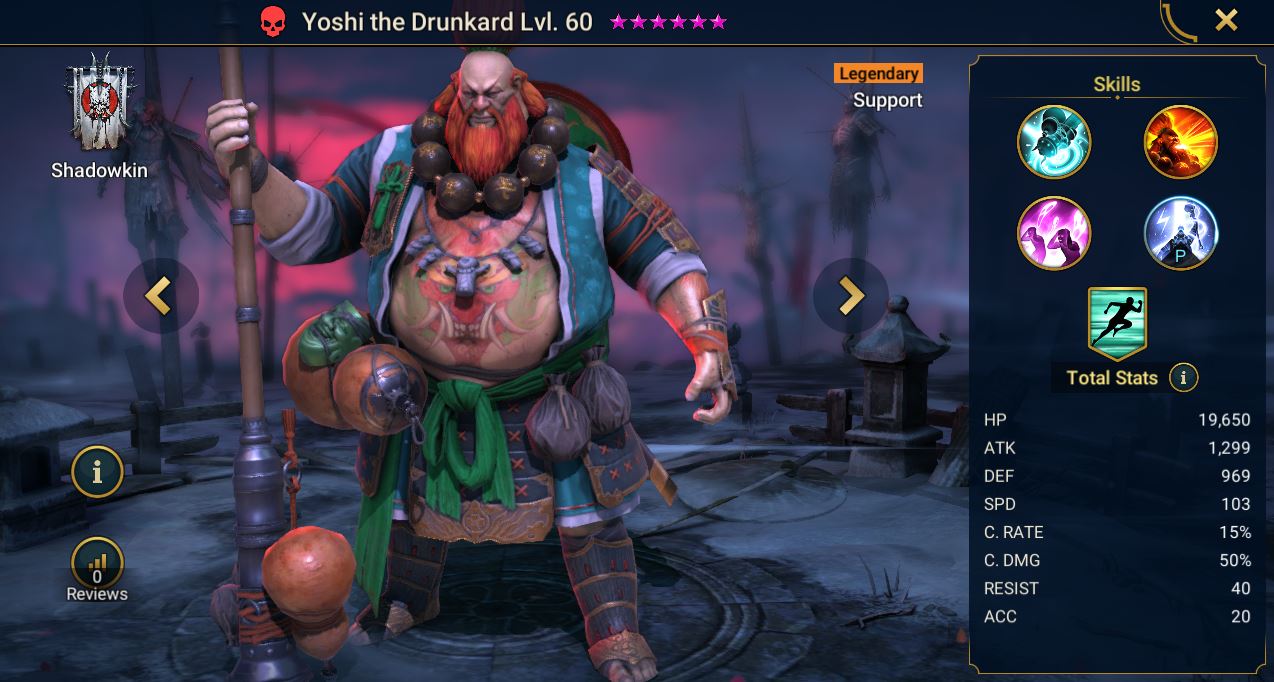 Yoshi the Drunkard is a Force affinity legendary from the Shadowkin Faction and was the first champion to be named in the faction in March 2021. He was available through a fragment summoning event that launched on Tuesday, March 16th ’21.

Yoshi is a great champion for an early or mid-game account buffing important stats like attack and accuracy and working as a strong go 2nd champion for Arena against speed teams with buffs. Yoshi has a passive that will boost his turn meter by 4% for every buff an enemy casts.

I think his best areas of the game are Arena and Doom Tower but he can help carry early to mid-game accounts through a lot of dungeons and FW content as well. He does ok in Iron Twins and Hydra if you need a champion to get you going on those!

Masteries can go full accuracy or take War Master for some damage.

Fills this Champion’s Turn Meter by 4% each time an enemy receives a buff.

Increases Ally SPD in all Battles by 19%