This Champion looks like he could be relatively strong, depending on his damage multipliers which we currently do not have access to, but we will find out very soon! His synergy with upcoming Champion Yumeko is great as you can remove accuracy from his build allowing him to push more damage into his build.

As always, our opinion is dependent on results when tested, but he has definitely got the potential to be useful for many people. 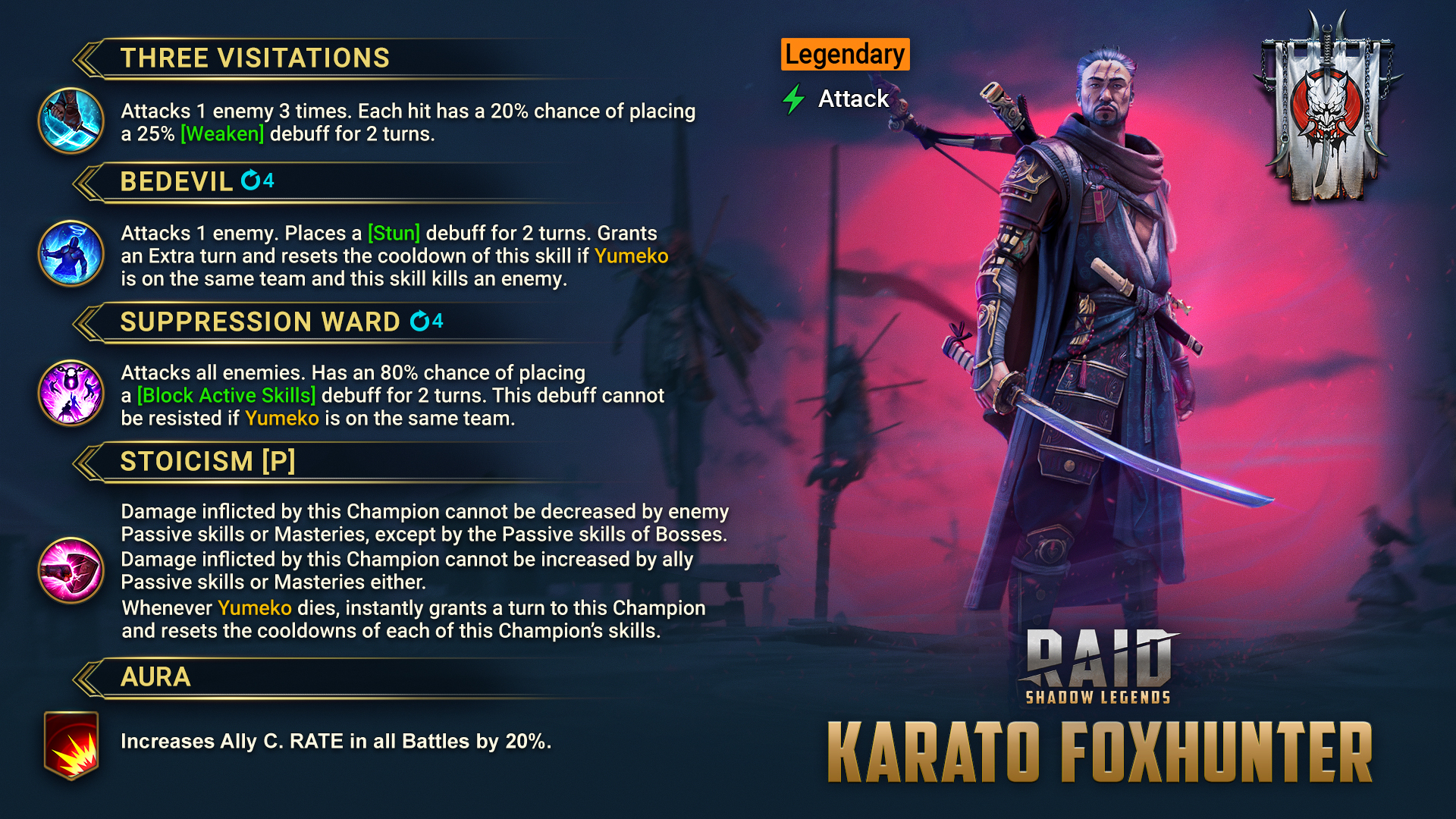 Damage inflicted by this Champion cannot be increased by ally Passive Skills or Masteries either.

Whenever Yumeko dies, instantly grants a turn to this Champion and resets the cooldowns of each of this Champion’s skills.

Increases Ally C.RATE in all Battles by 20%

Let us know what you think of this Valentine’s Fusion in the comments!