As you may have seen Yesterday, Plarium released some information along with a very very sneaky event – they enabled 2x chance to get Speed gear from Dragon with no prior announcement.

Now I don’t know about you, but here at HH Gaming we absolutely LOVE these kinds of events, as it’s amazing to be able to farm Dragon and hopefully get some Speed upgrades for our Champions, however… this came just after a Clan vs Clan event and many players would have just burned through their energy stockpiles – nice move Plarium!

This was Plarium’s announcement (after the event had gone live!)

So, 2 of the most sought after sets are available to be farmed with double the chance of getting drops in the coming few days – but that is not all.

Today a Dungeon Divers event started, that will last 5 days (Thus covering both Tournaments) and for the first time since its release, we’ve got access to Chaos Ore!

The point requirement for this is pretty high, however, if you’re farming both events it is more than doable if you invest some gems/stocked energy. 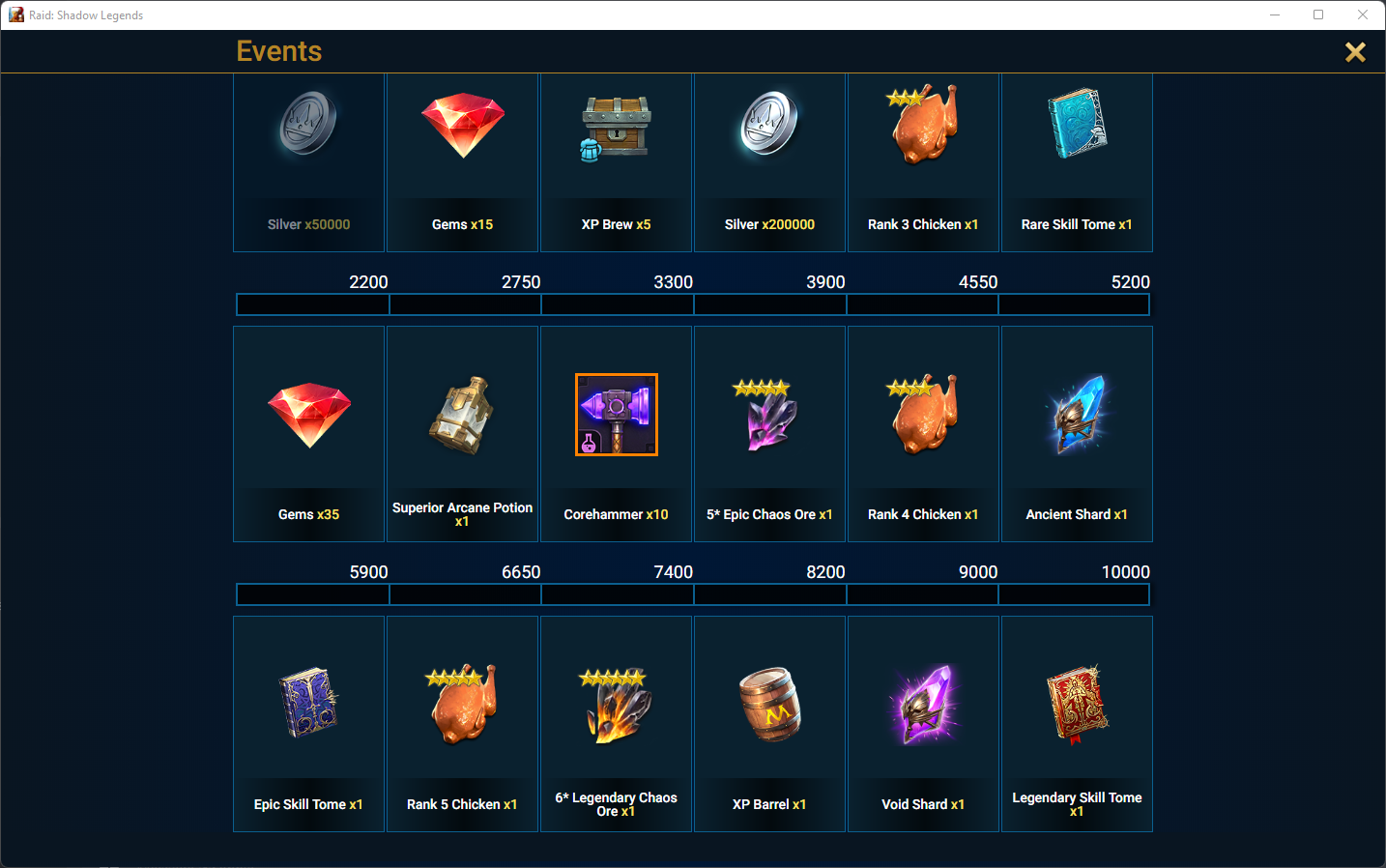 Head on over to our article covering the use of Chaos Ore if you’re a little bit stuck on what to do with it.  You’ll find it here.

As always, we love to hear your opinions, so let us know what you think of events like this and whether you’re going to be getting involved!