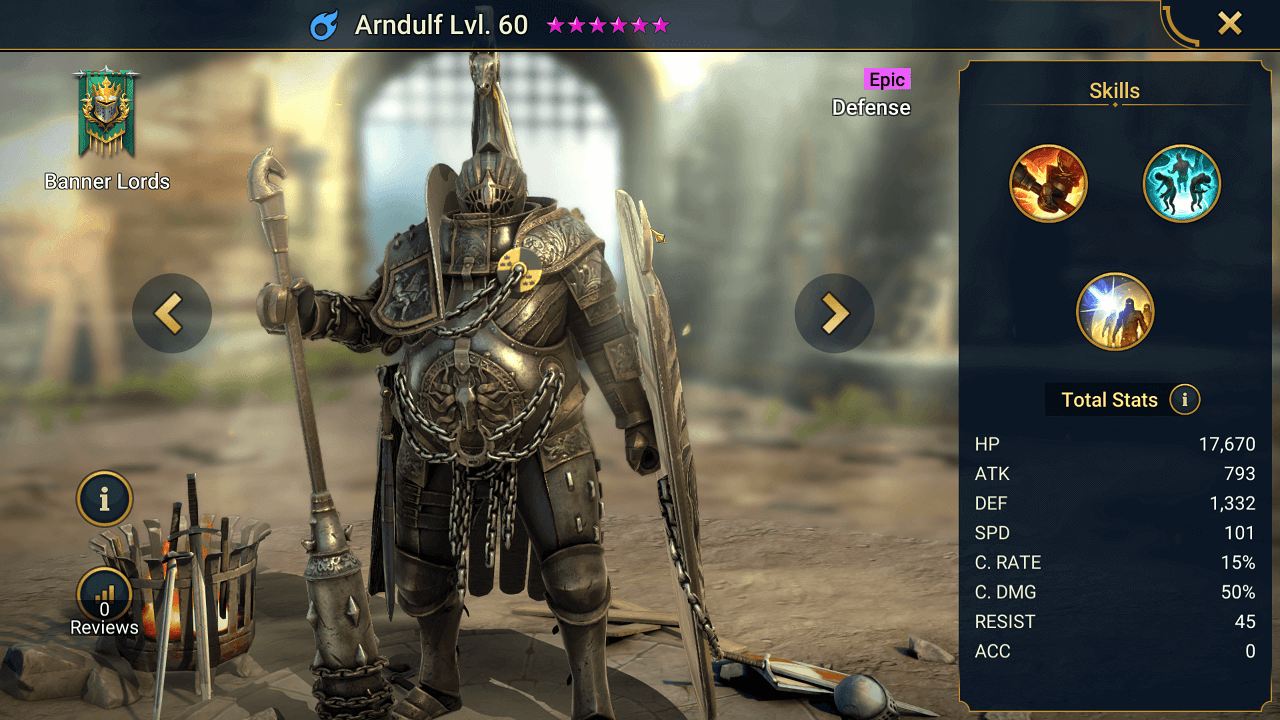 Once a famous cavalier, Arndulf joins the Banner Lords without his horse but instead has a massive helm, shield and mace (far too heavy for a horse!!). We’re not even sure if there is a human beneath all that armour!

We’re not quite sure whether Arndul is a damage dealer or a control champ in all honesty. He has solid multipliers considering that he is a defence-based damage dealer. His signature ability, Daunting Violence is a Strong AoE damage ability whilst also bringing Weaken on 100% chance. At the same time, this also brings a 50% chance to place a Fear Debuff. You’re probably going to get a good set of damage from him but he’ll need an ally who can give him Increase Defence which is not as common as Attack Buff for an arena team. He does bring a self-buffed Counter-Attack which is designed to be used with his A1 which can provoke on a 30% chance when booked.

Play him either as an Arena Nuker in a Defence Team or as a Control Champion (probably a great option if you lack provoke champions to fight Kuldath).

General PVE
Kuldath/Control
Offense
Defense
Support
Offense
Defense
<img title="Selfless Defender - Decreases the damage an ally receives from the first enemy hit in each round by 20%. This Champion will receive that damage instead" alt="selfless-defender" class=