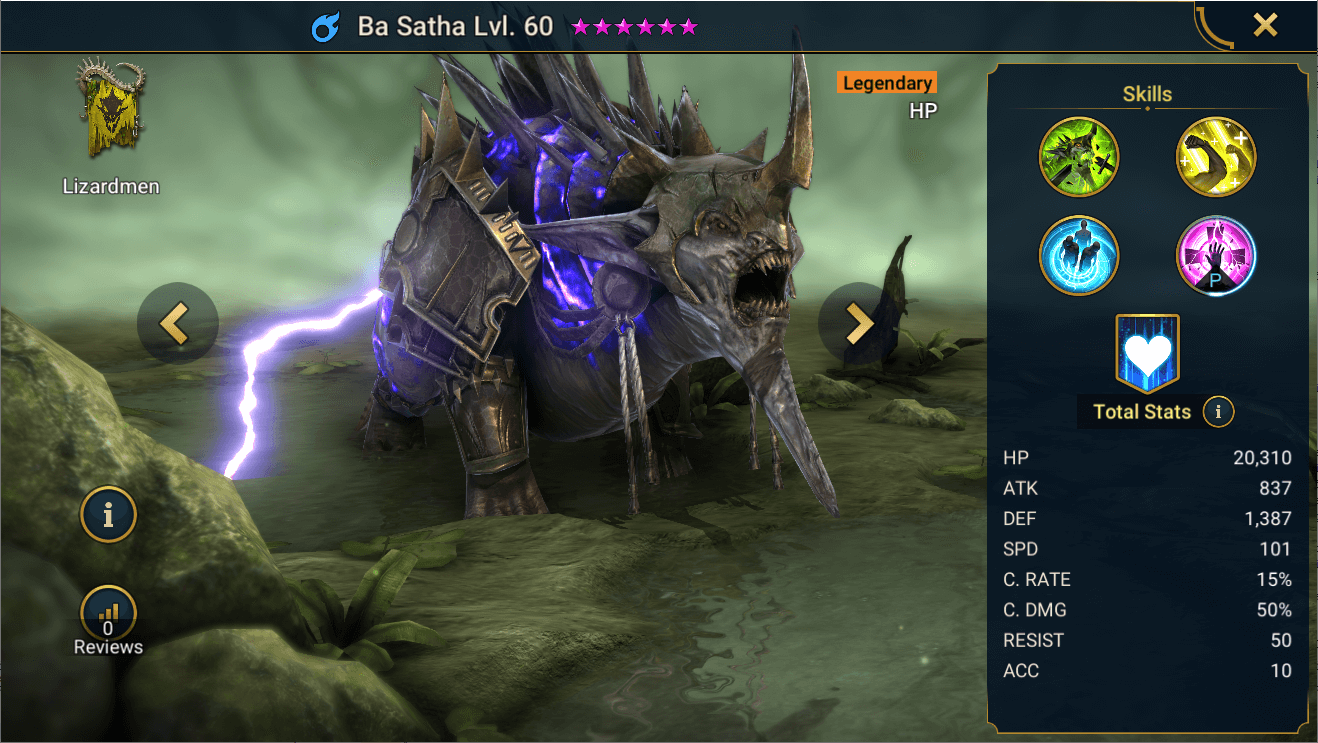 Ba Satha charges into Teleria as the latest Lizardmen champion. Ba Satha can only be earned from Doom Tower Secret Rooms in Hard Difficulty.

Ba Satha is game-changing! His passive will cause many people to rethink arena meta’s whilst also allowing you to deal with pesky revives in wave content. A 1 turn cooldown that guarantees to place a Stun on any revived target that cannot be blocked or resisted is incredibly powerful and a first in Raid. In addition, Ba Satha will help keep your team alive with a strong aura, an AoE Strengthen with Continuous Heals and he joins the few champions that are able to place Stun debuff, one of the most powerful and preferred control debuff, on AoE with 100% chance. It’s just overkill that he also decreases enemy Turn Meters.

On paper, he looks incredibly strong and certainly one of the most desirable legendaries to come out of doom tower.

Increase HP in All Battles by 31%