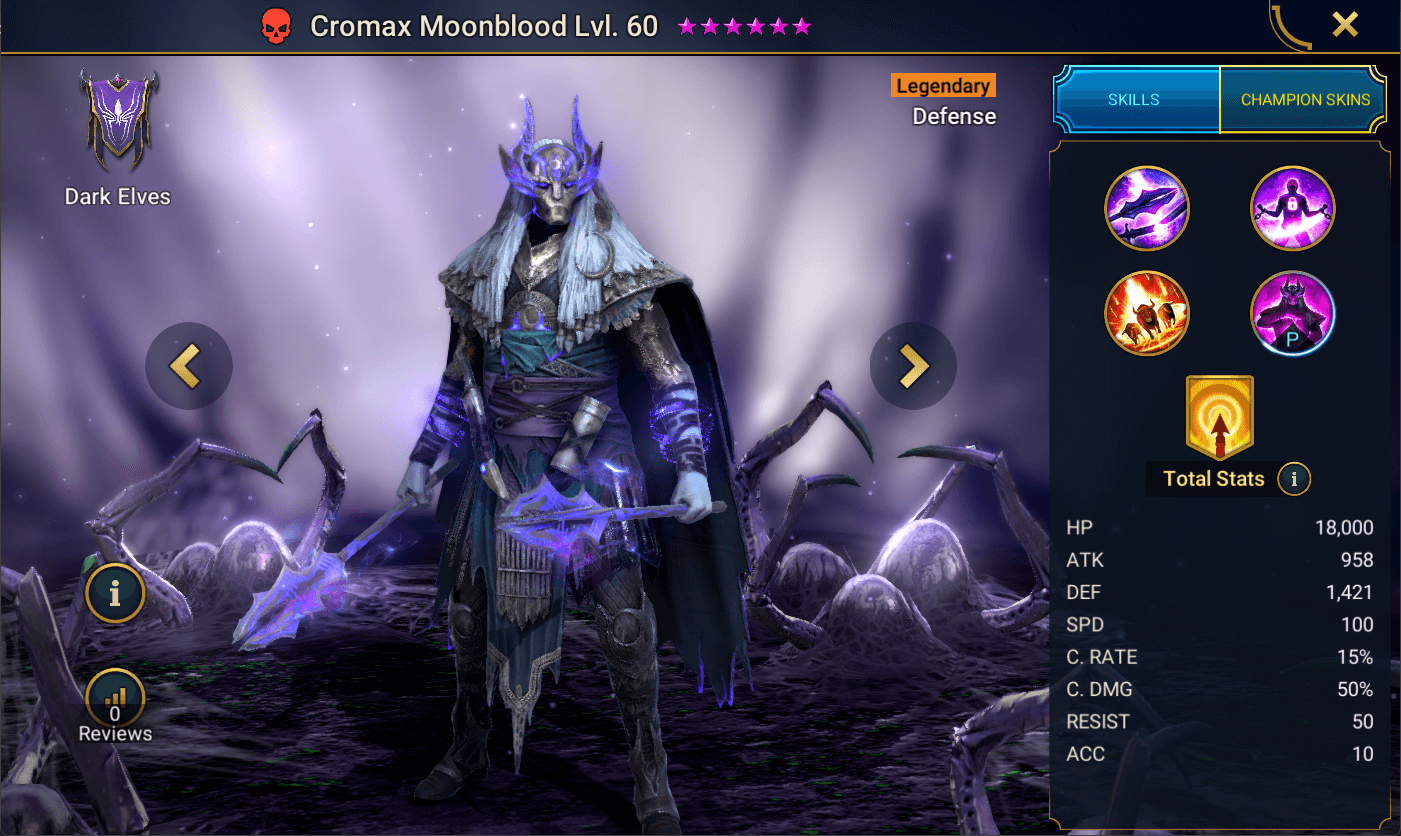 Cromax Moonblood is the seventh Legendary Champion that can be acquired by completing Secret Rooms in Hard Difficulty Doom Tower. You will need to have acquired enough fragments for the previous 6 Legendary champions so this will take some time for many players.

Cromax’s main role is to support your team and control the enemy. He brings probably one of the better Hex debuffs of all the Hex Champions as he can place passively whenever attacked. This is quite minor as nothing else in his kit revolves around Hex but could be quite useful when paired with another Hex champion such as Mithrala Lifebane or Urticata. His kit however would be quite useful in Hydra. He brings Decrease Attack and Block Buffs on a single target which can be used with a Spread Debuffs champion and Cromax can also apply an AoE Decrease Accuracy. His passive can help you deal with the Head of Mischief which often is difficulty to place the Hex debuff on.

Outside of Hydra, it is unlikely Cromax will find many uses as he does not provide any priority arena effects.

Increases Ally ACC in all Battles by 70