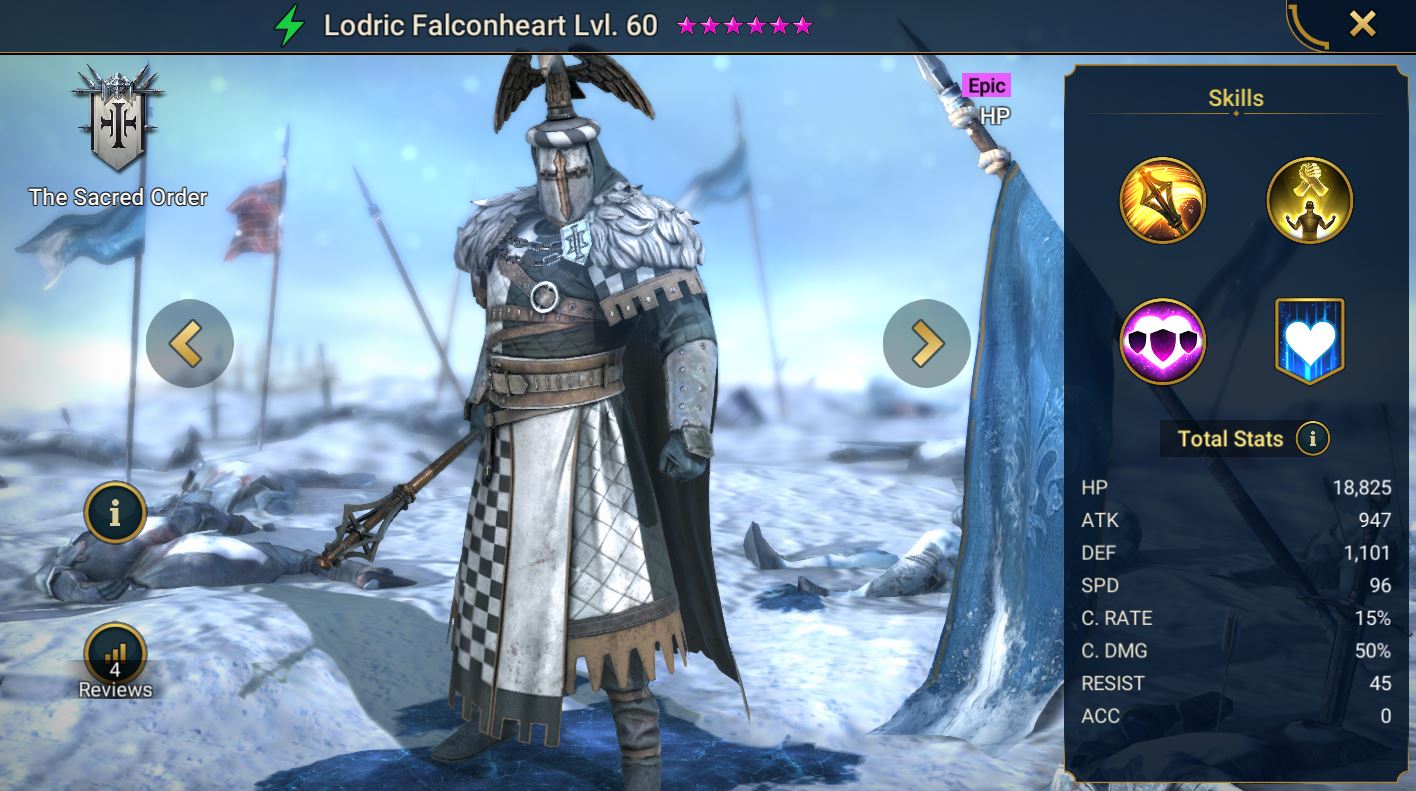 Lodric Falconheart has a cool skin with Falcon feathers as his shoulder plate armour, and a falcon on his headpiece.

He is a Spirit affinity epic from the Sacred Order. Lodric was added to Raid in February 2021 as part of the Astralon fusion event for Valentines.

Lodric has a great kit to specialize in Clan Boss with his decrease attack, shield, and cleanse then Ally protect skills or to specialize in Borgoth the Scarab king with his potential 2 turn cooldown on his shield. Depending on which skill is the priority will determine if you can build and use for both! Ideally, you would keep his A3 shield ability as a 3 turn cooldown if you want to use him for Clan Boss but this skill would be better as a 2 turn Cooldown for the Scarab fight!

Lodric has fairly weak damage multipliers and so will be built purely for his great kit.

Cooldown : 4
Removes all debuffs from one ally, then places a 50% (Ally Protection) buff on that ally for 2 turns.
Level 2: Cooldown -1

Increases Ally HP in the Doom Tower by 25%

We recommend you use these blessings for Lodric Falconheart.
Team Blessings should be limited to 1 per team. For more information, please read our Team Blessings guide here.