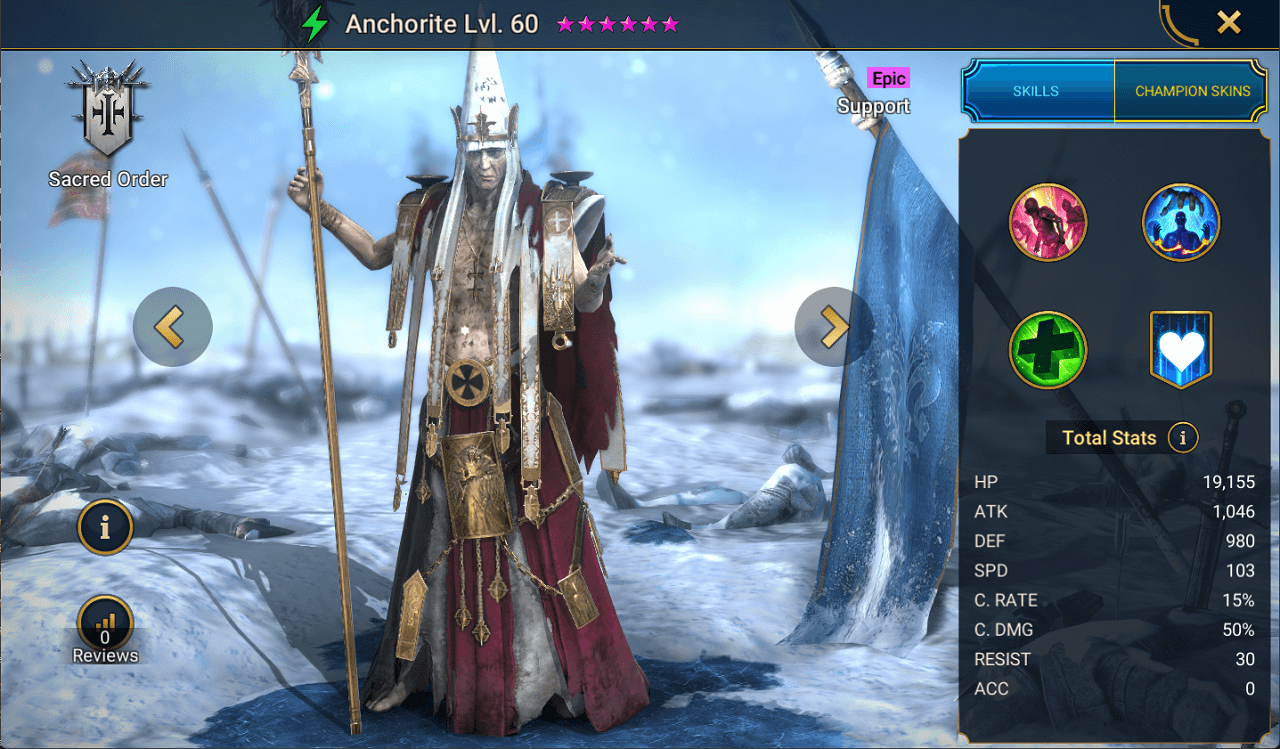 The old man, Anchorite, joins the Sacred Order as part of the Lonatharil Fusion event in August 2022.

His kit may not be flashy for an epic however he brings quite a rare skill in being able to extend all allies buffs by 1 turn on a 3 turn cooldown. This is crucial for many traditional and unkillable clan boss teams which run on a 2:1 or even 3:1 speed rotation. If you lack a Godseeker Aniri or some of the legendaries, then Anchorite might fill a gap in your roster!

In addition, Anchorite has an AoE A1 attack that also heals based on damage dealt (although do not expect significant healing as his damage is quite low) making him an ideal Stun Artifact Set candidate. He also has a full single target Heal on his A3, perfect for a Spider tank, and an Increase Critical Rate and Increase Critical Damage buff for all allies.

Whether you use him in your Clan Boss team or you need an early to mid game carry, Anchorite has a solid kit to help you progress in the game.

Removes 1 random debuff from all allies, then increases the duration of all ally buffs by 1 turn.
Level 2: Cooldown -1
Level 3: Cooldown -1

Increases Ally HP in all Battles by 25%