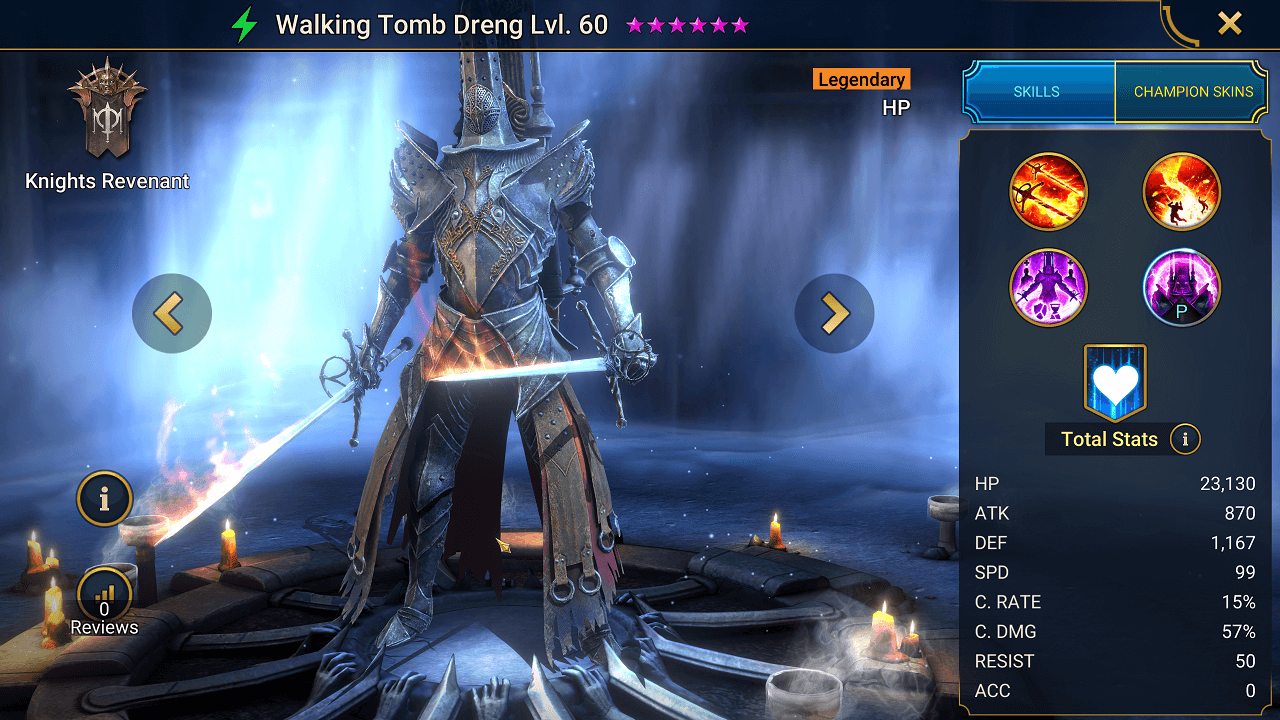 Walking Tomb Dreng is Raid Shadow Legends July fusion! He is a Champion Fragment Event a part of the Knight Revenant faction! He has a fantastic kit with an unresisted AOE HP burn!

Walking Tomb Dreng is a champion who can be compared to Ninja who was available through a daily login event in 2021. Many players who have since joined the game are very unhappy that they were not able to get their hands on Ninja. By introducing Walking Tomb Dreg into Raid Shadow Legends, Plarium has opened up the ability for players to get their hands on a champion that most likely has a far greater potential for use in places such as Hydra, Spider & some Doom Tower bosses than Ninja does.
The main parts of his kit are the AOE HP burn ability widely known as the best way to do high levels of damage in the late game for PVE content and a great heal mechanic on his A3 to help your team stay alive.

As Ninja is no longer available in Raid Shadow Legends through shards or events this is one fusion you will not want to miss on your account!

Walking Tomb Dreng looks to be a great fusion for all levels of accounts and he will be fun to play around with!

Equalizes the HP of all allies, then attacks 1 enemy. The HP levels of all allies will be brought up to the level of the ally with the highest HP.

Increases Ally HP in all Battles by 30%.

Nuker
Offense
Defense
<img title="Resurgent - Has a 50% chance to remove 1 random debuff from this Champion when they lose 25% of their MAX HP or more from a single enemy Skill" alt="resurgent" class="lazyload ignore-lazy" src="data:image/gif;base64,R0lGODlhAQABAAAAACH5BAEKAAEALAAAAAABAAEAAAICT