With the test server up and running for Content Creators, HellHades has been able to test out the 2nd new boss, The Eternal Dragon, Iragoth – who is void affinity and the level 120 boss of this rotation!

Having now tested both of the new bosses, this one definitely seems like the easier of the two depending on the champions you have!

Due to the bosses passive, it is immune to NEARLY everything, however, it is NOT immune to increase cooldown effects, meaning champions like Basher, Elegaius, and various others (find more information here) perfect options for completely locking the boss out of his abilities, potentially all fight!

Yet again, passive heals and cleanses will prevail in this boss.. now I think most of us have a certain champion ready-built for this job… since she’s useful for basically every single other Doom Tower boss we’ve faced so far, and that is once again, Doompriest.

Unfortunately, you can’t lock out his passives, so you still have to deal with the control of the bosses friends!

To deal with the adds, the best option will be to out damage them, making sure they are all, always dead so there is nothing for the boss to eat, due to these passives: 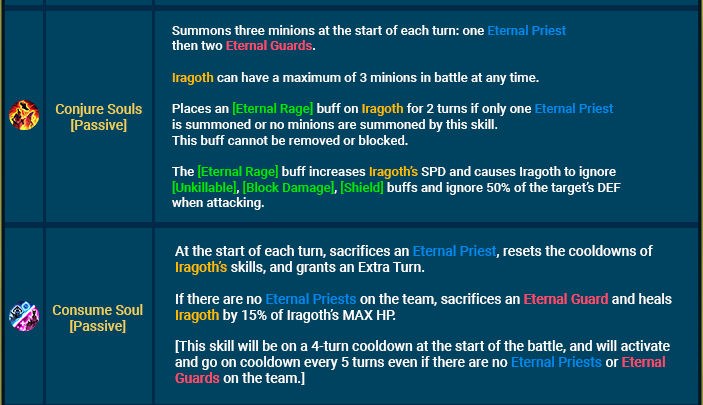 Without being able to lock the boss out, it looks like this boss may be a significantly bigger challenge, but we will look more at compositions to beat it as we go, due to both Basher and Elegaius being obtainable via fusions in the past, hopefully, they will be champions owned by many!