Plarium has just announced the new upcoming Login Reward Champion, which will take the place of Lady Eresh after you acquire her, Arix – Magic Affinity Legendary from the Knight’s Revenant Faction.

Here’s what Plarium has to say about this new Champion:

Here are some details about a brand-new Champion that will be added to the Daily Login Rewards lineup and replace Lady Eresh.

Arix is a Legendary HP Champion of Magic Affinity from Knights Revenant Faction.

Thanks to Arix’s skill set, she will be useful both in PvE and PvP content. This Champion’s expertise is to deal a great amount of damage while saving and supporting your team.
With the help of A1, Arix attacks all enemies and removes one random buff from each attacked enemy.
The A2 is also an AOE attack. It gives Arix a chance to place Stun on enemies. She will transfer a random debuff from herself to enemies who received Stun from this skill.
With A3, she places Ally Protection on all allies except for herself. And gives herself a Counterattack buff.
Arix’s Passive skill allows her to boost her Turn Meter each time an ally inflicts a critical hit and Heal herself each time an enemy inflicts a critical hit.

Arix will appear in the game tomorrow. And the players will be able to see the Fragments of this Champion in their Daily Login Rewards lineup starting July 30th.
Please, note that just like other Daily Login Champs, you won’t be able to summon Arix from Sacred Shards. 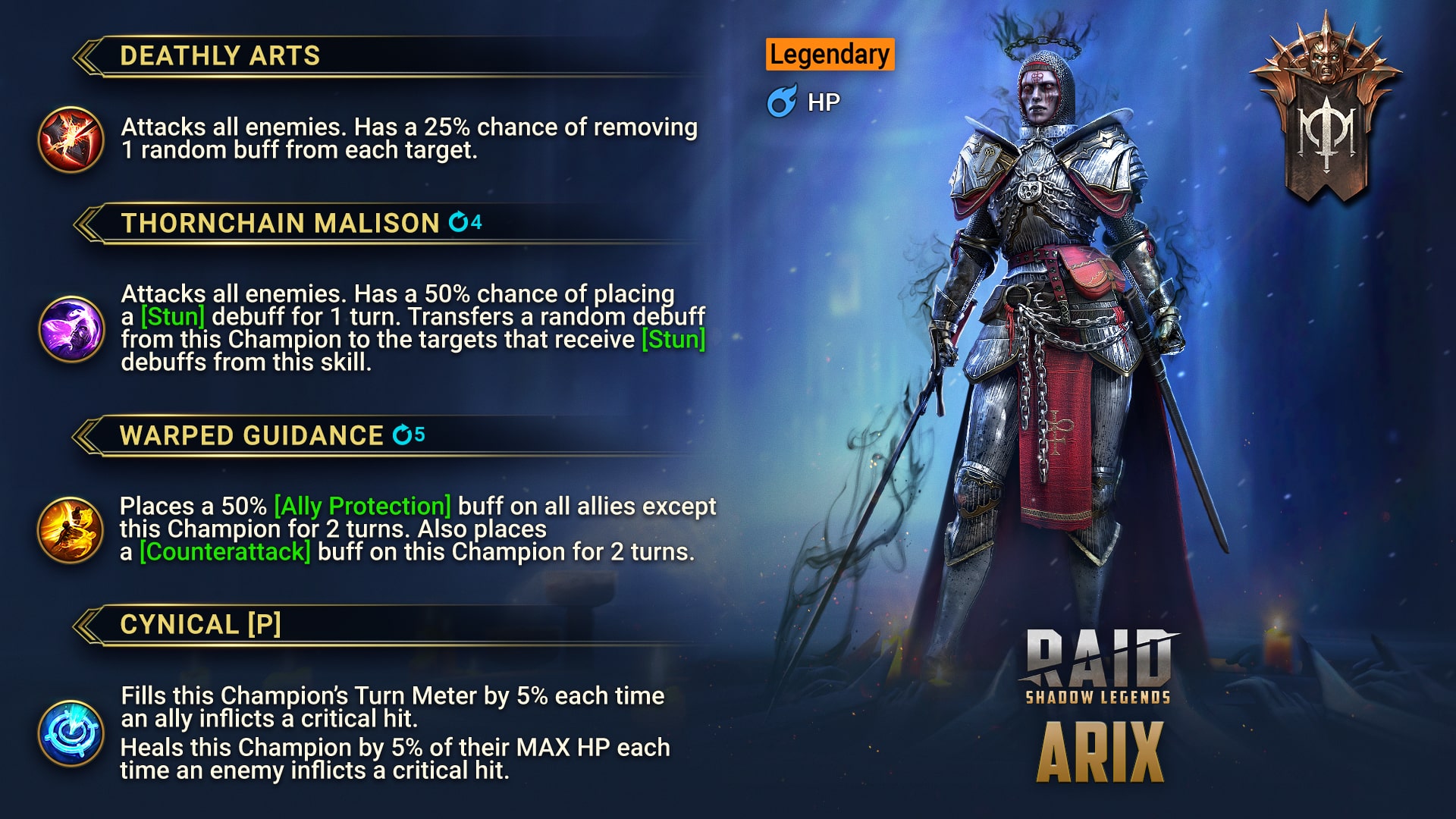 What do you think of this upcoming Champion? Let us know in the comments