Why Prince Kymar is considered a Top Legendary

Why Prince Kymar is considered a Top Legendary

This weekend we have had not only a x2 Ancient Shard event but also a x10 chance to pull what many players consider one of (if not the!) top champions in the game. If you’re one of the lucky ones who have managed to pull this champion but are unsure what all the hype is about then this article is for you. We’ll break down what makes him so strong and how you can use it to progress and improve your account.

Kymar has a unique ability that no one else in the game has to the same power. If you’ve ever built a Bateater Unkillable clan boss you will know that Pain Keeper is pretty crucial to making the unkillable buffs remain active on your team. Perhaps you’ve also used a Countess Lix in your dungeon teams. In both scenarios, you will have seen the effects of Decreasing your allies skill cooldowns. These champions however only reduce the cooldown by 1 turn. Prince Kymar’s A3, Seal of Magic, completely RESETS your allies cooldowns effectively allowing you to repeat the same skill rotations. This makes him incredibly versatile for creating speed teams for dungeon farming, or for utilising more OP abilities in the arena.

Not only does he have this ability, he also has an incredibly powerful A2. Abyssal Gaze will fully remove all buffs on all enemies (similar to Madame Serris) and will also place a Sleep debuff so long as he is not resisted. Read more about how powerful this is in the arena section below.

His kit also includes an AoE A1 with Poisons making him viable for a Stun set should you want to go that direction and he even has a 30% Speed Aura in the arena on par with Arbiter.

His kit is overflowing with really desirable abilities and effects which is why he is considered top of the list of champions in Raid Shadow Legends.

Due to his ability to reset all skills, you will find Kymar extremely powerful to speed up dungeon teams especially at Stages 21-25 where the waves are very difficult to kill. Most players will utilise Kymar alongside a Seer Buff team or alongside a Zavia Poison Explode team. Either Speed Tune your Kymar to go first and use his A1 (meaning your champions will have all their abilities reset on Wave 2 when he uses his A3) or tune him to go after your champions if you would like your champions to use their secondary skills before repeating the same Steps. Once you get to the boss you can then either dedicate a solo champion (someone like Bad-El) or you can use his A1 to drop poisons and clear buffs.

Below is an example of a some Dragon 25 teams. 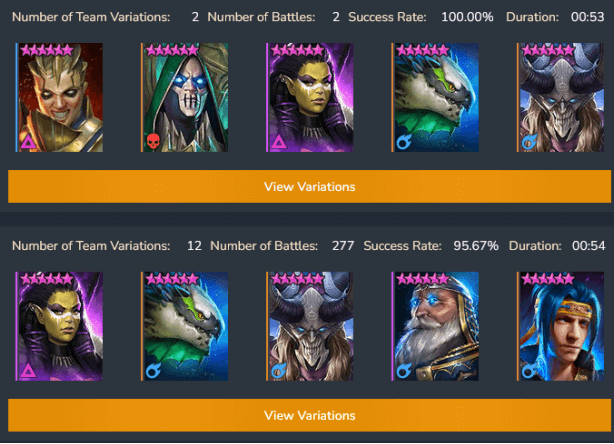 These teams were found using our Team Suggestions feature available in the Raid Optimiser. You can find all manner of team combinations using your new Kymar for every aspect of the game PvE content in Raid Shadow Legends. Learn more about the Raid Optimiser here.

If you’ve used this feature before you may have seen some teams focussed around Renegade (specifically for Fire Knight) as she is a great budget alternative. Whilst she may be considered potentially better for Fire Knight (due to her multi hitter and decrease speed), you will still see top teams running in Fire Knight using Kymar as showcased below. 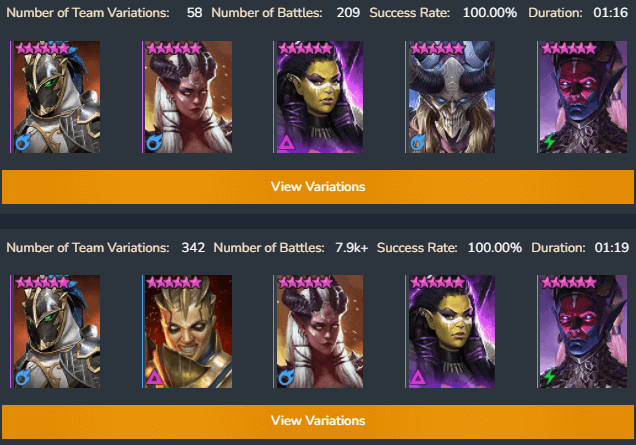 The other great place to use your Kymar is in Arena. Bringing a 30% Speed Aura (giving your team 30% of your champion’s base speed) opens up opportunities to run different variations of Teams instead of your Arbiter. Lets go through some of the key benefits to Kymar in Arena:

A popular pairing is to use Magnarr with Kymar. Magnarr does not require the Increase Attack buff to max his damage therefore you can afford to replace Arbiter with Kymar and have 2 free spaces either for offensive or defensive purposes (often as a solution for going 2nd instead of first).

This is just a brief breakdown of how you can use Prince Kymar in arena and the further you climb the more complex and versatile the arena meta becomes.

Should I instantly 60 Prince Kymar?

You’ve probably read this thinking “Wow I should 60 this champion instantly” and for most players, this is probably true however if you are just starting out and got lucky this weekend or you are still working through the mid game, you may find that you want to keep your Kymar at 50 until you are ready to push further into the game. Often at the early stages your focus in creating a group of 6 Star champions that can hit atleast Nightmare but ideally Ultra Nightmare clan boss and also get you to atleast level 16 dungeons. Kymar can help but his best place is in the late game and high end arena so you should think about whether your account would benefit from another support champion.

If you have pulled Prince Kymar this weekend, maybe you have another plan that we haven’t covered here or you are super excited and want to celebrate – either way we love to hear from the community so drop a comment below on how you plan to use Prince Kymar.