This secret room requires you to use HP Champions only. Lets break down how to approach this challenge!

Below are the waves you will face in the secret room including the stats – generally secret room enemies are much slower than other aspects of Doom Tower. You should pay special attention to the following problematic champions.

Urost the Soulcage – Urost can cause real problems, especially if you take a lot of poisons debuffs and cause your teams plenty of problems.

How to beat the secret room!

Below is the recommend team that is best fit to beat this room. We also detail alternatives for each champion if you do not have them. It is worth noting alternatives are fine replacements but will be less efficient i.e. potentially make the run slower or require you to run a few times to get good RNG. 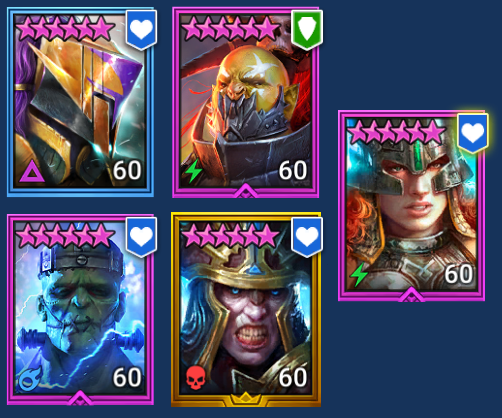 Due to this being a very early Secret room on Normal difficulty, it shouldn’t give you much of a fight – any HP based champions really will be able to complete this in the correct gear, especially with several at level 60.

Versulf the Grim – Versulf is incredibly strong due to heavy-hitting AOE abilities, especially while under Control effects that will help you be able to clear waves for this team incredibly easily. He also brings leech and Ally protection for team sustain.

Miscreated Monster – Due to the size of the shields he can put out they will really help you to sustain your team while also dealing damage to the enemy waves.

Not every player will have this exact team, but there are very good options for some of these champions. Below we detail viable alternatives: