Its Elvo again back with another Zero2Hero Series step; Now that we have built our arena team, Clan Boss team and finished Faction Wars it has come abundantly clear we don’t have enough silver, in fact, we have no silver!!!

So, before we move on and start building other teams like our Dragon team and Fire Knight Team, we need to get the silver rolling in and the best place to do that is in Spider! As accessories sell for a lot more silver than artifacts and at half the speed of getting them.

Let’s build an easy Spider 25 team and when I say easy, it’s easy, if you have the champions of course. There are different variations of this team but the idea behind it is the same, and the best part! There are no high-speed numbers, no massive damage numbers, and no high defensive numbers. You can easily build this team at the early game.

The idea is Burn them all and make sure they can’t move! Sounds simple and it is.

For this to work we will need:

For this account, we are restricted on who we can choose as we have a limited number of books. So, we have to choose champions that are already booked. We don’t need masteries, which means they are not a problem.

With all that said I would need to figure out what team I would need to use and the best way to do that is in the Optimiser. Into the team optimiser I go and choose spider 25 and it shows me the teams that fellow optimiser users are using for their account, and I see a lot of teams with champions that are not booked for me, so with a quick scroll down I find this team

1.4k+ battles with a 99%-win rate and a speed of 35 seconds will do nicely, and I have never used Astralon in this way so I’m excited to see the result. I click on view variations and pick the fastest one. When you are a premium member, you can see the entire build and AI setting of each champion that this person has. 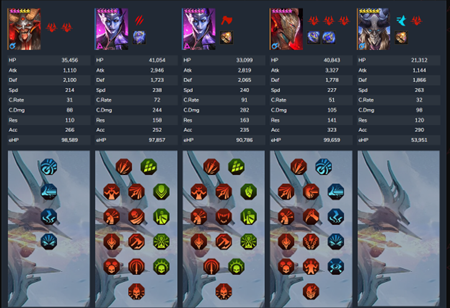 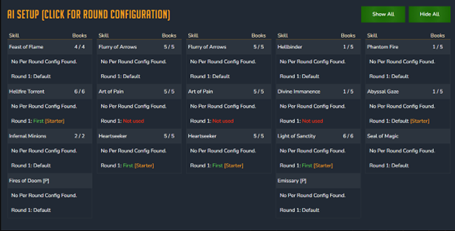 From this, we see that we want the Coldheart to start with A3, Tyrant A2, Astralon A3 and Kymar A2. Exactly how I would do it with a couple of changes for their second turn mainly tyrant.

These stats are not necessary as you will see when I show my builds later on. The main thing about this comp on spider 25 is hitting certain thresholds and to do this you can use the Raid Stages Tool. When you do you will see that the spiderlings are at a speed of 155 and the queen spider is at 95 it will also show you the accuracy needed to land your all-important debuffs. 225, 250 to be safe. So as long as all your champions are faster than 155 and your debuffers and turn meter control champs have over 225 accuracy. Then you are good to go!

The other important thing you need to remember is you do not want to do any damage to the spiderling’s bar the HP burn Ticks so for your AOE HP burn and control champions you want the lowest damage numbers you can do.

297 speed and 344 accuracy. Ideally, you want Kymar to go last in the turn order however Kymar is already built for arena, so I won’t be changing him, he still does his job here. Just need to set him up so he does his A2 first 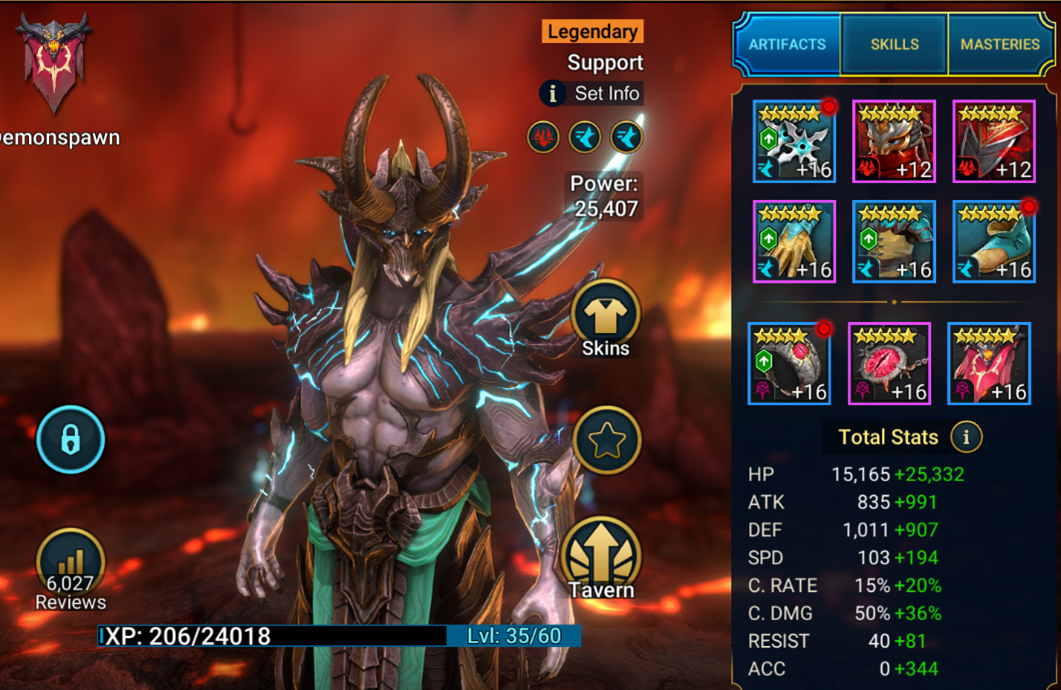 200 Speed and 280 accuracy. Our HP Burn champion, He is the best in class for this role as his HP burn goes on for 3 turns. Because of this, you can set his AI to do his A2 as an opener and set it that he will do his A3 after to add extra protection 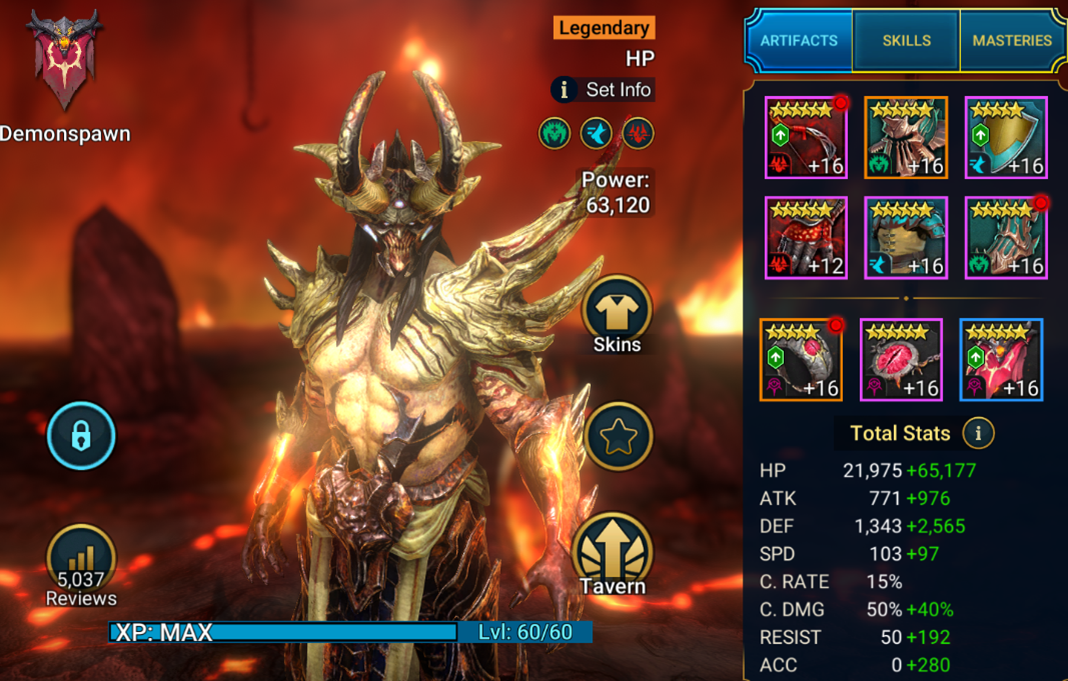 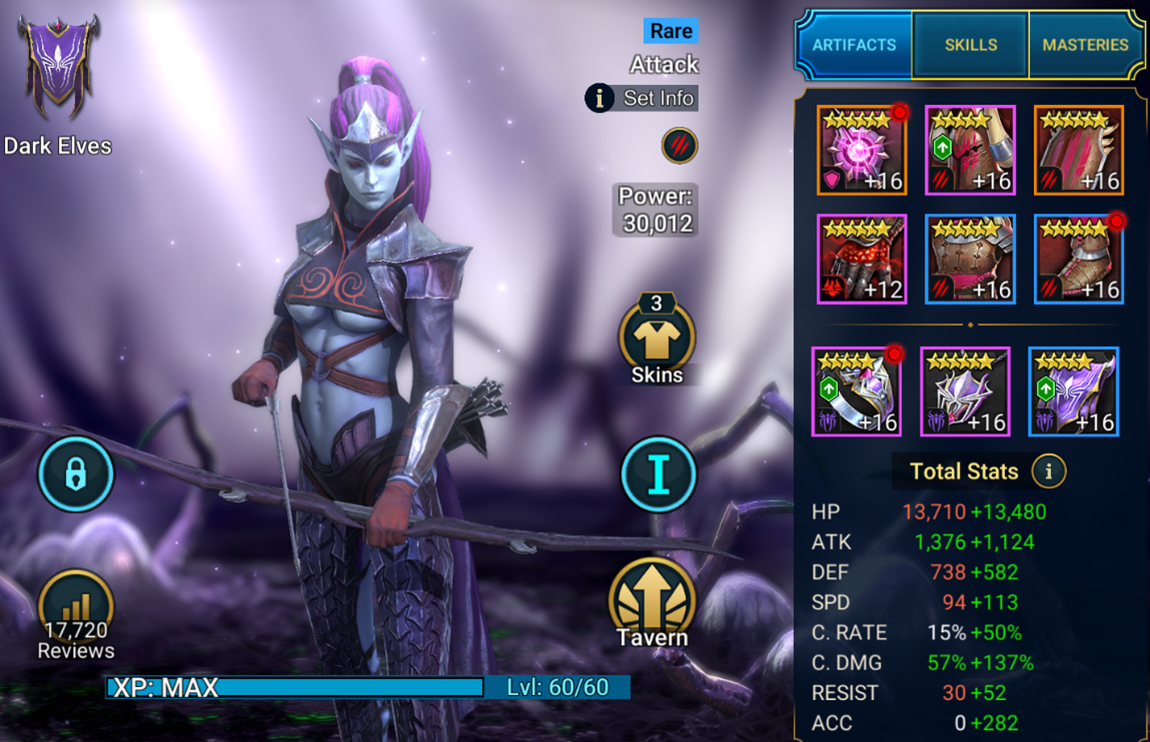 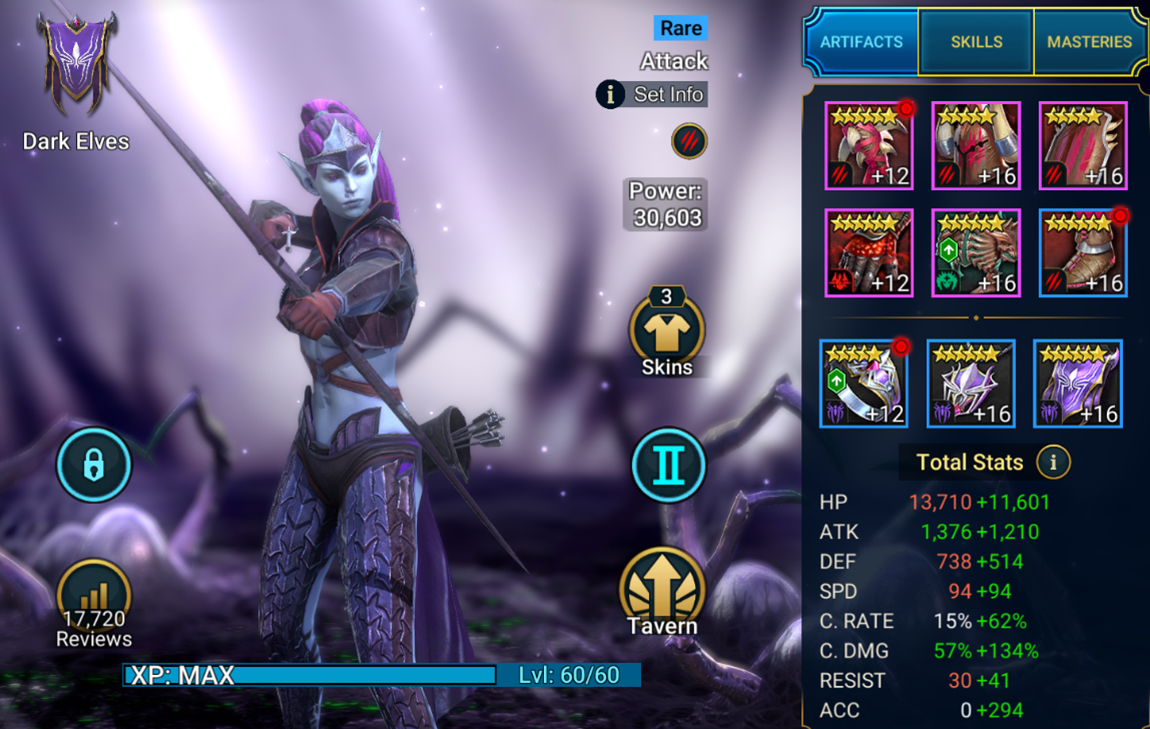 195 Speed and 345 Accuracy. Astralon is great for this role as he has a 100% AOE stun once booked, which this one was before we took over the account. 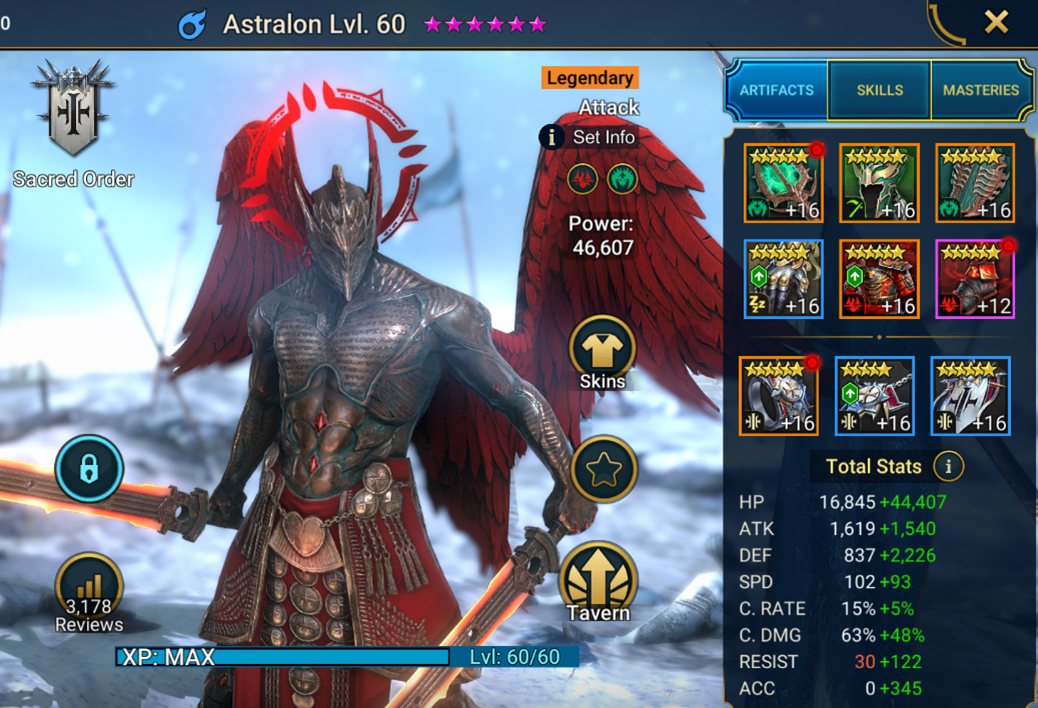 The champions are built, the AI setting are set and as you can see from the screenshot above it’s a home run. I ran this for the rest of the day, and it only failed once, oh that magic 3% curse hit with Coldheart’s heartseeker.

The only way we can make this run any faster is with Sicia and she will go straight in to replace the slow Coldheart at the same speeds. And you can make It even faster with another Sicia! 10 seconds!

This is a super easy team to build if you have the champions as the gear is not demanding of an end-game account.

Do you run a variation of this team? How fast is yours? Let us know down below, we love hearing from you!