Plarium has just dropped a huge video just like they have in the past with all new information on what’s coming soon in Raid Shadow Legends.

This one was a big one too, packed full of information, so let’s break it down!

As we all know the Duplicate System is coming very soon, and due to an early leak, this past weekend many of you will know more than was intended at this point!

Each bonus will boost the base stats of that specific faction and rarity, these will act similarly to the Great Hall Bonuses, except they won’t be tied to certain affinities.

Champions that you use in your Faction Guardian slots will still be usable in the game.

These bonuses must be earned in this order, once you’ve activated one stat, the next slots will unlock.

The principle to this is all about boosting your favourite champions, you pick a champion and feed them with duplicate copies of themselves, empowering them permanently up to a maximum of 4x.

You will permanently lose the champions that are used to empower others in this feature.

Some champions cannot be obtained multiple times, so additional champions have been swapped in as replacements 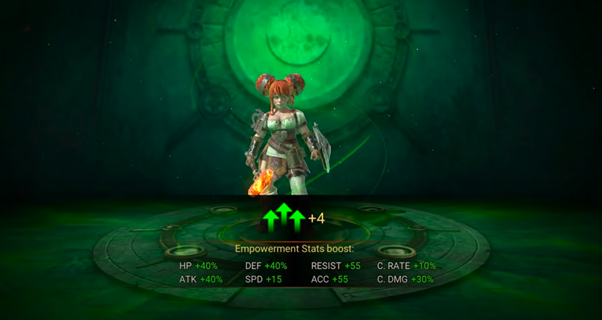 The final feature revolves around exchanging the duplicate champions that you have, for a new currency: Life Tokens

Life Tokens will be used to purchase Champions from a new shop which is found under the Token Trader Tab on the new Sparring Pit.

Current Champions that have been shown in the Token Trader:

Champions from this shop will have a varying price based on their strength, and you will obtain them ONCE from the token trader.

Sacrificing a Champion will give you 500 Life Tokens. 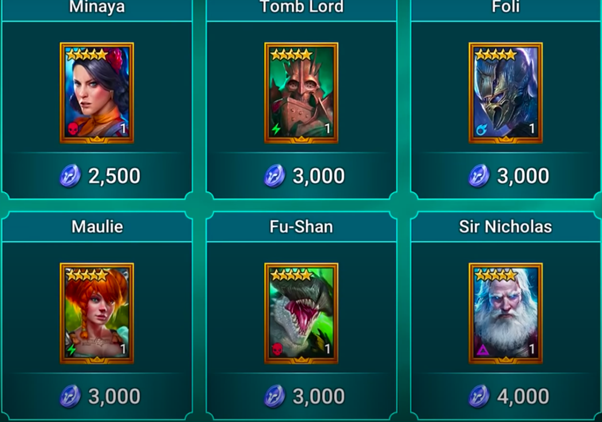 As we all know, Shadowkin Crypt will be coming very soon to Faction Wars, based on the previous announcement on October 15th – Plarium stated there would be around 3 months till release, so expect to see this just after the new year!

Of course, this does mean that if you don’t already have your Lydia, you will now need to finish Shadowkin to get her, but there will be additional milestone rewards added too – as a nice incentive for those of you who have completed Faction Wars and earned Lydia.

Finally, we’re getting the very much anticipated QoL upgrades to the tavern, with new filters, sorting options and also some very exciting changes regarding brews.

The new filters will allow you to show only champions that are available for each type of upgrade, for example:

Already ascended Champions will not be shown when going to ascend a Champion.

Brews will now STACK when you’re upgrading Champions XP, meaning you won’t have to scroll through all your different affinity potions before finding the desired potion, there will also be a slider put in which will allow you to use as many brews as you want/need very similar to affinity potion mixing.

The amount of saved teams for EACH game mode will increase to 15!

There will also be the introduction of farming setups designed for multi-battle mode, along with being able to set different skill instructions for each individual wave of content, meaning you can force Champions to use specific abilities on waves, but not on bosses and vice versa which is huge!

They’re going to be adding Super Raids for Doom Tower Boss fights to allow you to burn through your silver keys in half the time every single day!

This is huge and could really change up how a lot of things in this game are played (we’re looking at you Bommel!)

Plarium showed several new Champion Concepts coming soon, described as “Boss Beating Badasses”. However, that’s not all there is, on the Test server there are several Champions already accessible that will be released very soon!

Plarium also gave us an in-depth look into The Hydra, the ‘toughest, scariest and biggest boss fight in Raid’

The Hydra will have a total of 6 heads, although we will only need to fight 4 heads at a time, each head has unique skills and mechanics to deal with and each head is tied to an Affinity, however,  every 4 weeks a new rotation will start, just like Doom Tower, the 6 heads will shuffle and every head will receive a new Affinity, meaning a whole new fight to figure out.

Cut off the heads to maximize damage, but that head will either regrow with vengeance or be replaced by one of the 2 non-starter heads in that rotation, completely changing up the dynamics of the fight.

You will take 6 of your Champions into battle against the 4 Hydra Heads, however, each team can only be used for one of the 3 Hydra keys per week, and you cannot reuse Champions in teams meaning you will need 3 completely unique 6 Champion teams, but be warned every month the script may well be flipped.

As if that wasn’t enough to try and wrap your head around, The Hydra will be trying to eat you.

Every so often one of your champions will be eaten by a Hydra Head and you will have a few turns to chop off that Hydras Head before it fully consumes and digests your Champion. If you cut the head off of The Hydra in time, your Champion will be returned to the fight, if you don’t, they’re dead and gone for the rest of the fight, you cannot revive them, no ifs and no buts.

Just like the Clan Boss, the higher score received by your Clan, the better the rewards, rewards will be earned in the form of Hydra Chests which will be given out with the weekly reset instead of daily like the Demon Lord. If your Clan manages to fully deplete The Hydra’s HP, your entire Clan will get double the rewards.

The Rewards are as follows:

Fragments for Mithrala Lifebane (more info a bit further down)

4 items –  The Stone Skin Defensive buff for 1 turn at the start of the round.

So what exactly are Stone Skin and Protect Buff?

Stone Skin is a buff that applies automatically to your Champion for one turn at the beginning of the round in which your Champion takes almost no damage and is immune to all Debuffs except Bombs, which can shatter your Champion.

The Protect Buff is a Buff that has the chance to protect any Buff the wearer casts or receives, protected Buff’s can’t be removed or stolen.

Both of these Artifact sets are available in an entirely new Rarity – Mythical.

Mythical is a step up from Legendary in strength and completely unique to the Hydra Boss, meaning you won’t be able to find Mythical items anywhere else.

Mythical items start with all 4 Substats unlocked and one will be increased to the equivalent of a level 4 Legendary Artifact. Mythical Artifacts will have a small edge over Legendary Artifacts, however, in the end game, that small boost really can make all the difference. On top of that, the Mythical Artifacts are incredibly versatile, being able to be used in both PvP and PvE.

Plarium have said they will be gradually adding new content to the Hydra over time including new rewards and new heads.

Mithrala is a new champion with no confirmed Affinity or Faction, she looks like Medusa’s long lost sister, imagine snakes for hair, but add wings, and can Poison people and turn them to stone, which is a Bebuff which will take people out of the fight entirely with a downside or 2.

That is really all the information we have on Mithrala currently, however we can expect more information on her soon! 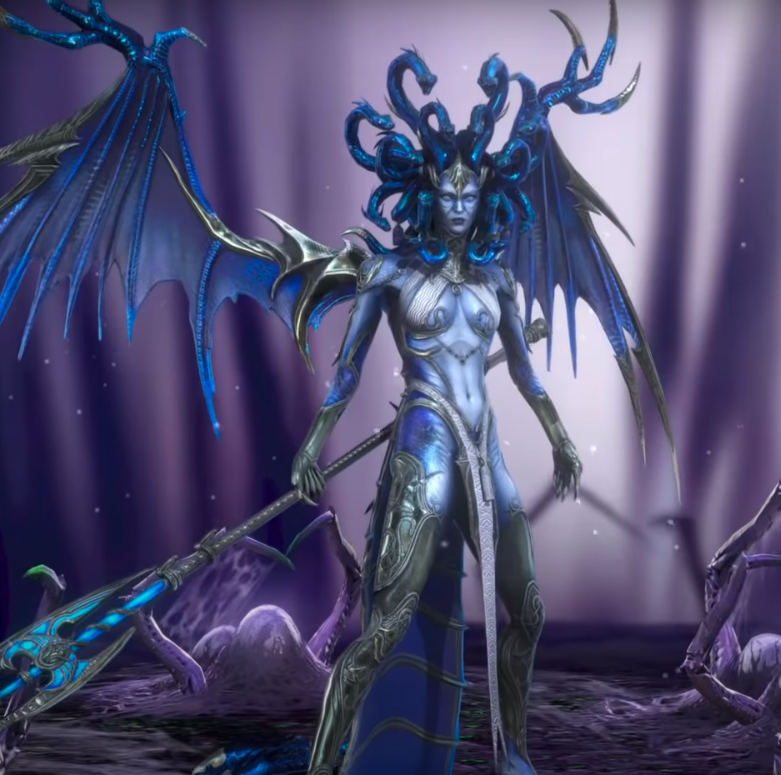 Plarium also said that they have a lot of new exciting content in the works that we ‘won’t want to miss out on’.

And that’s it, that’s the whole video, and honestly its a lot, but it’s very exciting to see so much new content coming our way – let us know what you think about all of this in the comments as always, happy raiding!